Sustainability of natural resources is one of the most serious challenges facing humanity today. We propose to test the hypothesis that all-female groups are better at sustaining common pool resources than all-male groups, which in turn are better than mixed groups. We will conduct an experiment with participants playing a common-pool resource (CPR) game in the laboratory.

Recent studies have found correlations between different individual characteristics and various forms of cooperation. For example, individuals from collectivist cultures are much more cooperative when facing common-pool resource problems (CPRs) than those from individualistic cultures. However, gender has largely been ignored in the examination of CPRs. Few studies that did consider gender as one of the explanatory variables provide only inconsistent evidence. Findings from social psychology and experimental economics suggest that females have stronger propensity to cooperate than males, which for CPRs would emphasize the importance of gender composition for sustainability problems.

It is important for policymakers to know which group structures evoke cooperative or opportunistic behavior in CPR situations. By using this information strategically, sustainable use of common-pool resources, which is seen as one of the major challenges for this century, can be fostered. Researchers that conducted field experiments in Costa Rica, Nepal, and India reveal that women are still underrepresented in the main decision-making bodies of community resource institutions. The evidence in support of our hypothesis will highlight the importance of involving women in policy-making related to environmental sustainability.

The goal of this project is to test the effect of group’s gender composition on the management of CPRs. We will test our hypotheses by having all-male and all-female groups play a CPR game in the laboratory. In each period participants can choose the amount of common resource to extract. The remaining resource then regrows before the extraction in the next period unless it is depleted. Our variable of interest is the number of periods before the depletion of the resource. We will test our hypothesis that all-female groups sustain the resource longer than all-male groups followed by mixed-gender groups. Our control groups are the mixed-gender groups from the existing dataset published in 2015 by Kimbrough and Vostroknutov.

Funding is requested to cover the payment to participants in the experiment. Specifically, we will need to compensate subjects for participating in our research, as incentivizing produces more realistic results in economic experiments. We plan to involve 144 subjects with average payment of 9 Euros (around $10) each. Thus, overall we need 1,399 Euro ($1,600). The project will be implemented in the BEELab of the School of Business and Economics, Maastricht University, the Netherlands.

Dominique and Alexander are very passionate about their research project, which should close the gap in our knowledge about the differences in gender behavior in common pool resource games. Their research is also important for general understanding of gender roles in environments that require collective action and can be valuable for practitioners. I wish them best of luck! 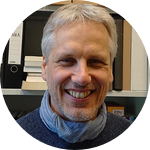 The research study will last from August 2019 to November 2019. The data on individual decisions in the CPR game will be collected in August-September 2019. By October 2019 we will have the data analyzed, share our results with our supporters, write a working paper, and submit it to a journal.

Analyze the data and write a working paper 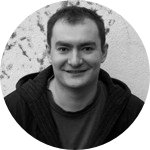 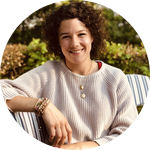 I am an Associate Professor of Economics at Maastricht University, the Netherlands. I have received my PhD in Economics from University of Minnesota in 2008. I am interested in studying both strategic and non-strategic decision making using the framework of behavioral economics with the toolbox of experimental and neuro- economics. My main research interest is social norms and their role in economic decision making. Some of my recent work concentrated on the heterogeneity of propensities to follow social norms and their influence on the behavior in social dilemmas as well as the impact that the variety of psychological factors have on sharing choices.

My name is Dominique de Villeneuve and I am currently doing my Master in Human Decision Science at Maastricht University. The program combines game theoretic clarity with human factors of bounded rationality, biases, emotions, and nudging. It is a nice follow up to my bachelor’s in economics, which specialized in microeconomics and game theory. From consumer behavior to emergency decisions: everything related to understanding how to make smart individual and strategic decisions interests me. After reading the book by the Noble Prize winner Elinor Ostrom (1990) on governing the commons, I have become fascinated by the management of common-pool resources. It reflects the challenge that humanity faces today with regards to climate change.

In the experiment each group consists of four participants who play the CPR game for 10 consecutive rounds. We plan to collect data on 18 all-female and 18 all-male groups.