Fungi have diverse sex lives. They can have sex with a partner, with themselves or clone themselves. They are a great system to ask "Why is sex maintained despite the costs & risks compared to the advantages of cloning?" One hypothesis is it allows parasites to stay ahead of hosts' defenses. Physoderma fungi infect perennial plants and have limited dispersal. They may not need to keep up with their hosts' defenses. My study seeks to find out if Physoderma relies on partner sex or cloning.

Sex has costs and benefits, and often the costs appear to outweigh the benefits. This leads to the question "How is sex maintained?" One idea is the Red Queen hypothesis: sex allows parasites and hosts to keep pace with one another. Sex maintains genetic diversity and allows rapid spread of genes with beneficial changes, which creates a balance between host defenses and parasite offenses. One cost of sex is the loss of local adaptation--the break-up of good combinations of genes. Some fungi avoid this cost by cloning or having sex with themselves (a state called homothallic). Physoderma infect perennial plants and the need to keep pace with hosts may be reduced. That would favor local adaptation and cloning.

Many emerging diseases are fungi, e.g. valley fever, Cryptococcus, the fungus affecting frogs, white nose syndrome in bats, and coffee rust; some of these have been linked to changes in the global climate. As the climate changes, some areas are becoming wetter, which increases habitats for Physoderma to grow. In fact, Physoderma maydis has made headlines in USA agricultural communities the past decade as unusual flooding allowed it to proliferate in corn fields. Understanding the sex life of Physoderma will allow us to make predictions about the likelihood of a species becoming an emergent disease and insights into whether there are critical moments in the life cycle (e.g., finding a mate) that can be disrupted if it does.

My goal is to sequence the genomes of several species and individuals of Physoderma. The UM Herbarium contains approximately 30 species of Physoderma collected around the world. I will extract DNA from specimens of four local species. For one local species, I will make field collections of 20 individuals at the UM BioStation. DNA will be sequenced at the UM DNA Sequencing Core, and I will assemble the genomes on the UM HPC cluster. In the herbarium genomes, I will look for genes involved in partner selection. In the field genomes, the fine scale structuring of the population will reveal if there is local adaptation and a preference for cloning or partner sex. This data will be used to generate preliminary results for a future NSF proposal, with an emphasis on P. maydis.

To address my questions about Physoderma, I will sequence the genome of a number of individuals and screen those genomes for mating type alleles. I have access to Physoderma specimens via the University of Michigan Herbarium and the University of Michigan Biological Station. Our lab has the supplies necessary to extract the DNA. What I need funding for is the actual sequencing on an Illumina lane (which will be done in house at the sequencing core) and a Nextra kit to prep the DNA for sequencing.

This project will greatly expand our understanding of reproduction in chytrid fungi, the taxonomic group which includes the fatal amphibian disease. This project will contribute to the theory of maintenance of sex despite the wide costs. I highly endorse this project because Dr. Davis is one of the few world’s experts on the natural history of chytrid fungi, making the scope of this ambitious work feasible. 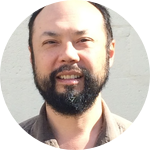 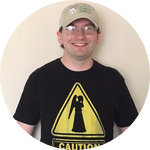 The University of Michigan
View Profile

I am a naturalist, one who asks the questions "What is it?", "Why is it here", and "What does it do?" of every organism encountered. My love of nature comes from my family, which has been in agriculture for several generations. I am a first generation college student. When I entered undergraduate studies, it was with the dream of becoming a botanist and a toxicologist: I wanted to understand plant toxins and find new ways to use them. As an undergraduate, I worked in a lab growing fungi, and I fell in love with the group, especially the chytrids. I decided to make a career studying fungi. Currently, I am working with the ZygoLife project to understand the evolution of sex, the diversification of fungi, and the interactions between fungi and other organisms.