A microbial fuel cell (MFC) uses bacteria to break down organic compounds found in waste water and generate an electric current. This is a sustainable way to generate power from waste material, with the potential of achieving over 50% energy efficiency. Our project will focus on genetically engineering the bacteria Shewanella oneidensis in ways that will make the microbial fuel cell more efficient.

According to the 2013 International Energy Outlook, energy demands will increase 56% by 2040. This rapidly growing demand for energy has sparked a search for sustainable and renewable energy sources. While many technologies are being developed to address this, some of the most intriguing are bioelectrochemical systems like the microbial fuel cell (MFC). The distinctiveness of bioelectrochemical systems come from their ability to simultaneously take on two ecological vices with: sustainable energy production, and waste-water treatment. The basics of how bacteria in an MFC produce electricity are understood, however we feel more research needs to be done to increase efficiency at the microbial level.

The most popular research for microbial fuel cells has been poised towards increasing the power density using more state-of-the-art synthetic materials in the structural design. Our project will focus on another aspect: modifying the microbes which are responsible for generating the electricity. Many of the current limiting factors of MFC performance comes from the bacteria themselves. We plan to address these factors with our two project goals.

The first and most apparent limiting factor in an MFC is the surface area of the anode. The bacteria can only generate electricity when it is in direct contact with surface of the anode. To take full advantage of the limited surface area, it is best for the bacteria to grow in a dense film called a biofilm. This leads to our first goal:

We will also focus on the bacteria's ability to transfer electrons from the compounds in the waste water to the anode. There are many pathways which the bacteria can use to facilitate this, however studies have shown that Shewanella does not utilize them in the most efficient way. This is our second goal:

2. Alter the metabolism used by the bacteria for more efficient electron transfer

While we have the advisers and determination necessary to complete this project, nothing can be done without the right funding. The money raised for this project goes toward purchasing the lab supplies needed for our work.

We will need two specific strains of bacteria which are capable of generating electricity. All genetic modifications that are made to the bacteria require certain reagents, enzymes, synthetic DNA, and lab tools. In addition there are certain fees required by iGEM that are necessary for us to participate in the competition and use the toolkit that they provide. We will make sure to post updates on our progress as we begin our lab work so that you know where the money is going. 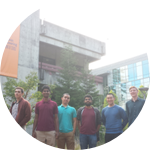 As part of the 2014 iGEM collegiate synthetic biology competition, we wish to establish a student run team to design and carry out a bioengineering project for the summer. Our interest began in bioelectrochemical systems, and with the help of our faculty adviser, professor Yat Li, we began designing a project involving microbial fuel cells.

As students we hope for a future where our efforts leave a lasting and positive mark on the world. We wish to improve on the promising technology of microbial fuel cells so that they may have a real impact as a renewable energy source.

This is the second time UCSC has participated in the iGEM competition. This year's jamboree will be "...the largest single event in the history of iGEM and synthetic biology ". We feel it is an incredible opportunity for us to do our work.

To get an idea of how microorganisms are used in wastewater treatment, we went on a tour of the award winning Santa Cruz Wastewater Treatment Plant. 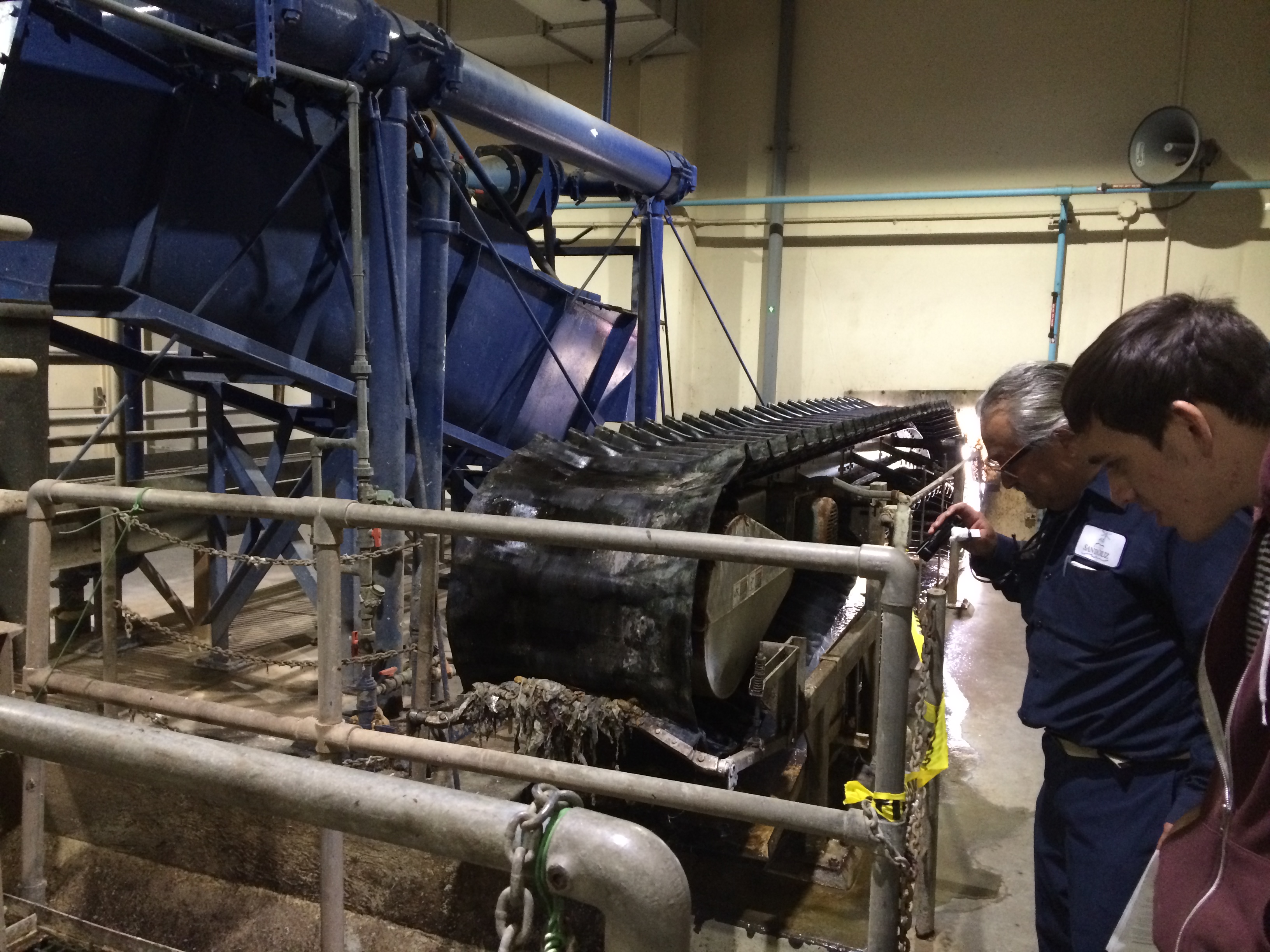 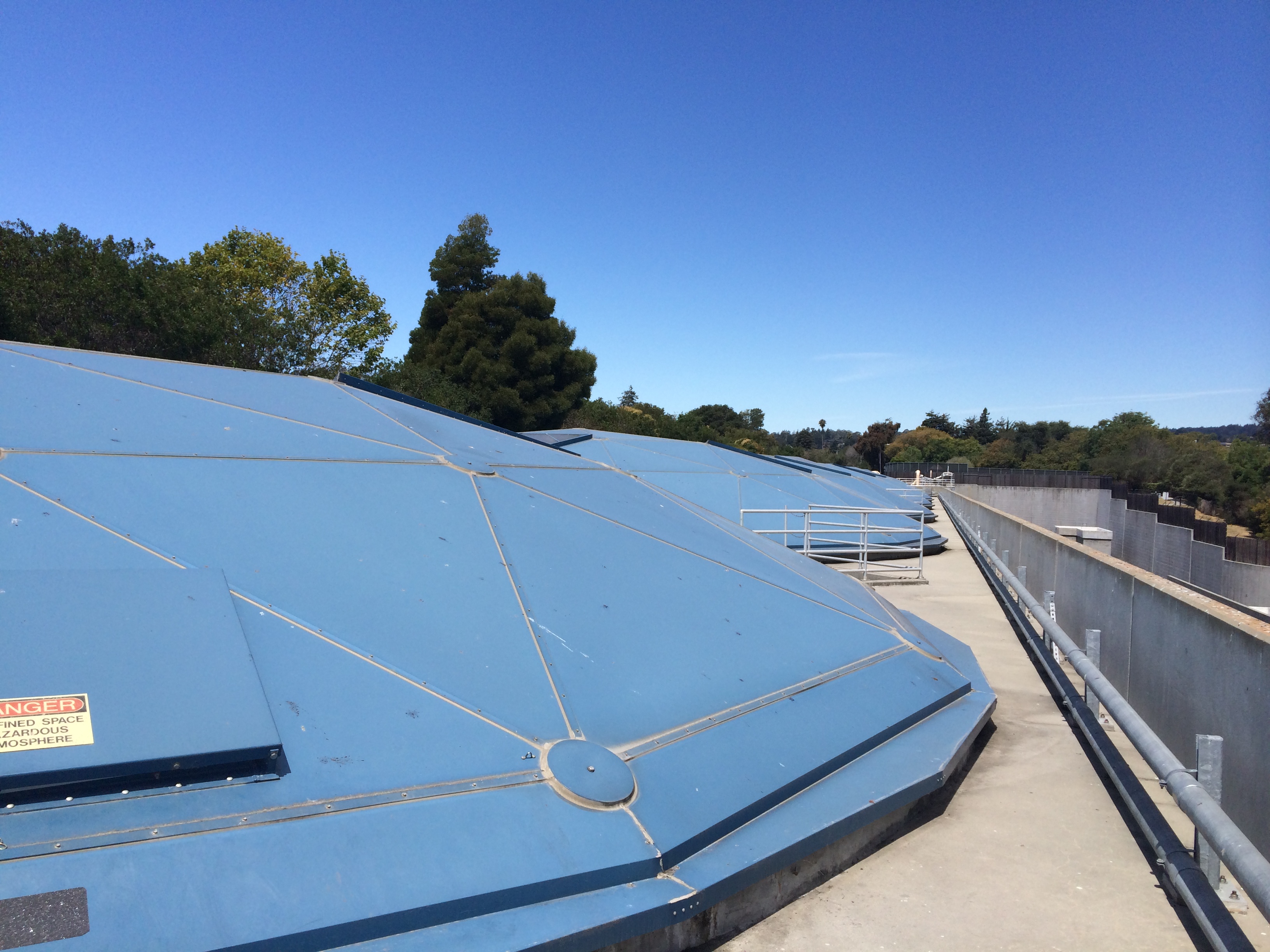 Bacteria grow on panels as waste water passes over the top. The bacteria will break down the organic material in the wastewater, reducing environmental impact.
An inside view: 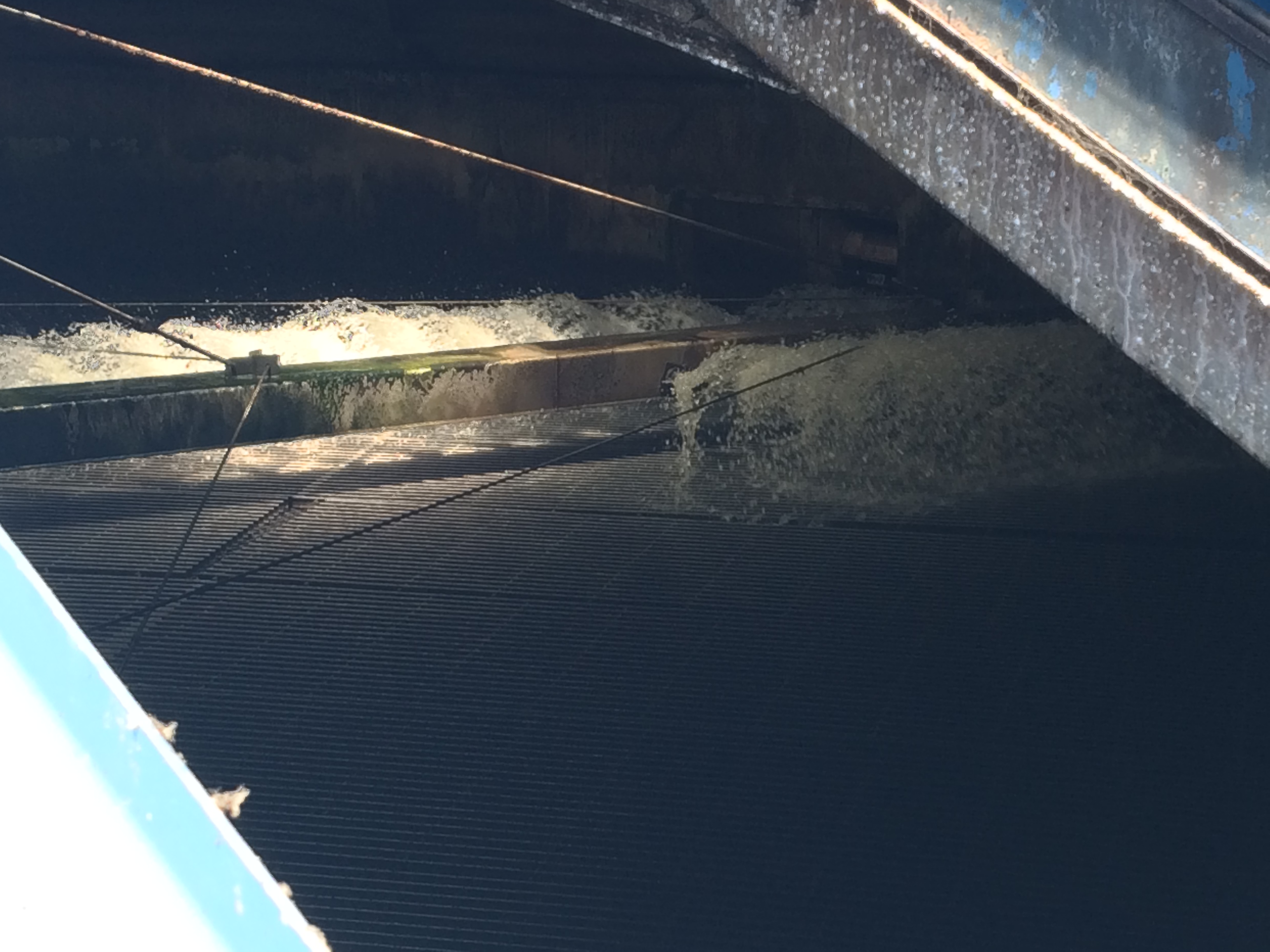 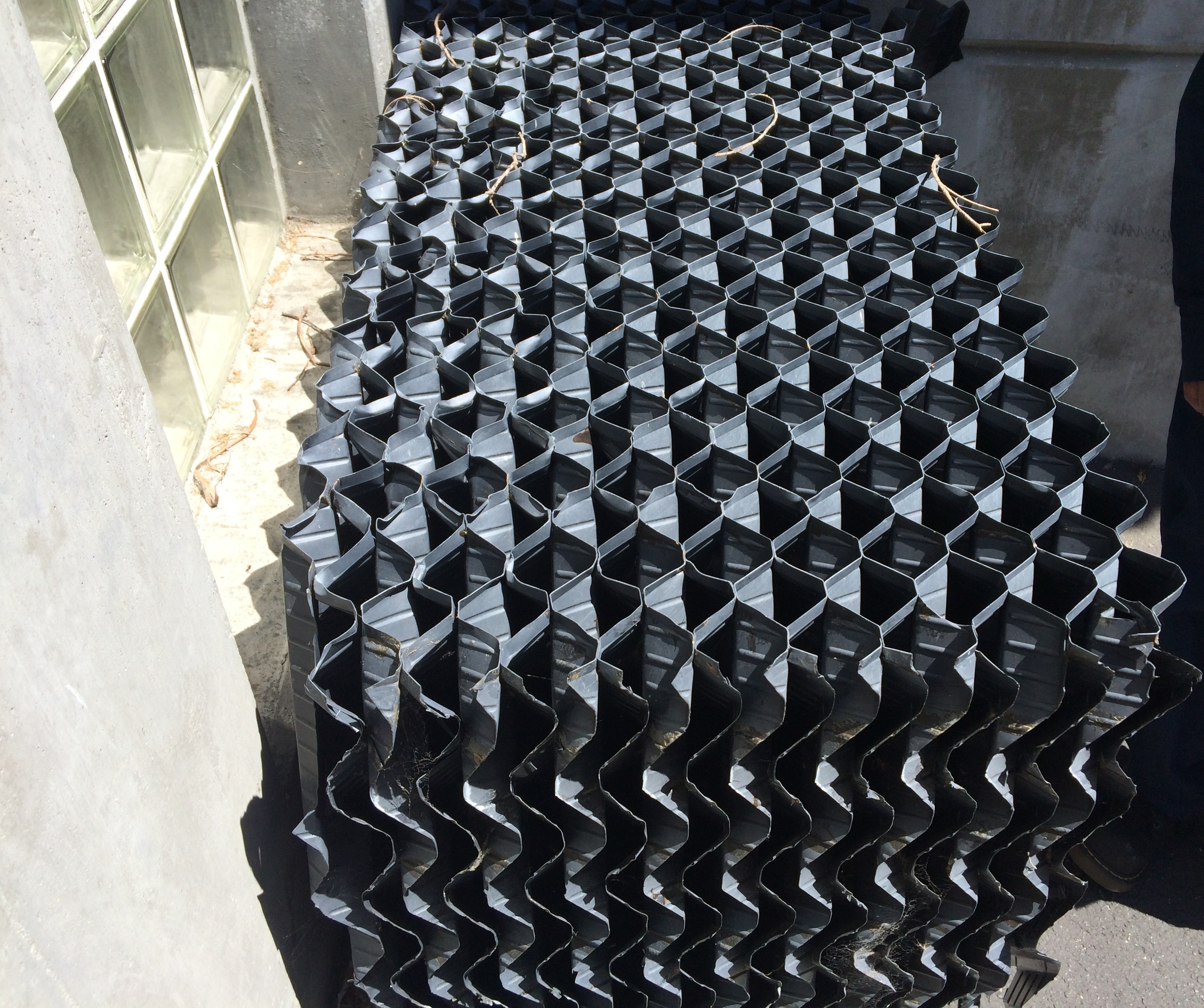