Using a Modified Ames Test and Drosophila melanogaster to Determine the Possible Mutagenic Effects of Low-Frequency Radiation on Living Systems.

Low frequency radiation is a very common form of radiation in people's lives, two examples being cell phones and car radar emitters, used as safety features. Some studies have raised concerns over cell phones, but the available literature remains inconclusive. I am testing E.coli using the Ames test, a test for mutagenic substances, and fruit flies, using both cell phones and radar guns. I hypothesize there will be no change in the rate of mutations among test specimen when exposed.

Some studies have raised safety concerns over low frequency radiation causing items, particularly cell phones. However, the literature seems to prove inconclusive, due to several factors, including the lack of human testing and the reliance of animal trials. Using a variation of the Ames test, from a high school supply website, with E.coli and on fruit flies (Drosophila melanogaster), which both have shorter lifespans, can help serve as a more definitive model for testing whether low frequency radiation items do cause adverse effects. In this experiment, I will be testing using cell phones, and a radar gun to simulate car radar emitters. The Ames test is something which is new to the field, and fruit flies have only been used a limited number of times in these studies.

Cell phones and cars are some of the most common items in our lives. Seeing as there is a possibility that these items have adverse effects on human beings, the public should be informed as quickly as possible, as teenagers in particular spend hours a day on their phones, and many people own and drive at least one car, and if they do not are exposed to low frequency radiation when they are passed by a car. If my data provides support that there are no adverse effects, then there should be no need for safety precautions for using your cell phone, and the opposite is also true, if there are adverse effects, then there should be safety precautions put in place.

The aim of this project is to determine the effects of low-frequency radiation on living organisms. I hope to determine whether or not the cell phone and/or radar gun does cause mutation. The first portion of this study uses a variation of the Ames test only requires biosafety level 1 protocols (due to E. coli). The low-frequency items will be tested and compared to a known mutagen, a control. All of the experimental plates will be placed in a shielded box to eliminate human exposure. A second aim is to determine whether distance from the radiation source changes the effect of low frequency radiation on organisms. If my results demonstrate that cell phones lead to increased mutation rates, limiting exposure to cell phones would be recommended to avoid impacts of radiation.

For this experiment, I will be using my own phone and a radar gun, the latter will simulate the radar emitters in cars. As a positive control, I will be using UV light, which is a known mutagen.

I have taught Ryan for several years, first as an elementary school science teacher, and later through accelerated chemistry and research methods and applications. Ryan is a very motivated investigator, and this experiment covers a topic that is very close to his heart. As a result, I am certain that he will successfully conduct this experiment to its completion, and will be doing all that he can to publicize his findings and grow as a researcher. Findings of this project will be relevant to everyone who uses a cell phone or related device.

Obtain all materials and set up for all testing

Summarize My Findings in the Form of a Paper 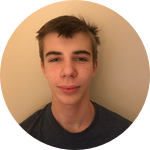 Hello, my name is Ryan Grzymala, a high school junior at Princeton High School, and a part of Princeton High School's Research Class. Outside of doing my research I enjoy running, playing games, and playing the trumpet. This is my first research project, and I thank you for helping out on my project.