Video games are bad. That’s the refrain we hear in popular media. Many are familiar with the argument that playing video games makes people more aggressive and the hyperbolic claim that first-person shooter games are contributing to the decline of society. But what if this isn’t the whole story? What if certain types of video games can actually have a positive impact?

Recent research exploring cooperative games has shown thatvideo games, even violent ones, may not be as bad as we thought. In a series of studies we found that playing cooperative video games increases prosocial behavior. However, this way of thinking about gaming is fairly new, and there are a lot of factors that we do not understand.

In this project, we are exploring the effects of cooperative games on racism. In one previous study, we found that cooperative game play worked even when the person who players had to cooperate with came from a disliked group. We are interested in seeing if playing style affects attitudes toward African American gaming partners. The following questions guide our research: Does playing well influence attitudes differently than playing poorly? And are African American partners evaluated differently than White partners?

Racism and sexism are major issues in the gaming world, so much so that some individuals hide their real identity in games. This project is the first step toward understanding how playing games with racial minority members might influence racist attitudes. If our hypotheses are correct, playing a cooperative game with an excellent gamer who is a racial minority might actually reduce racism. This has importance implications for real-world situations where people interact with racial minorities via video games.

Our previous research has demonstrated that how a video game is played influences how people act after they have played the game. We have two main goals with the current project. The first is to understand the influence of how people play a game on attitudes towards game partners. The second goal is to understand how the race and playing style of a gaming partner might affect attitudes toward racial groups as a whole.

The funds for this project will primarily be used to pay participants for their time. This study is time intensive and involves asking people to come to the lab for two separate sessions. Providing an incentive for their participation will increase the number of people willing to be a part of the study.

Additionally, we would like to be able to pay individuals to code the game play. This is lengthy, specialized work that involves watching game play and taking extensive notes. Typically, this type of analysis should be completed by individuals unfamiliar with the goals of the research, so as not to bias the results. This prevents the researchers from doing it themselves. As a result, we would like to be able to hire individuals with experience to code the gaming data. 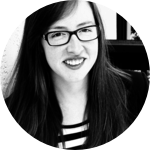 Katherine Dale is a Ph.D. candidate at The Ohio State University. She became interested in studying intergroup interactions while teaching English in South Korea through a Fulbright teaching assistant grant. She received her M.A. from Georgetown University and currently studies both interpersonal and mediated intergroup interactions, focusing on issues involving race, ethnicity, religion, and sexual orientation.

Dr. David R. Ewoldsen is a Professor in the School of Communication and Department of Psychology at The Ohio State University. He received a joint Ph.D. in psychology and speech communication at Indiana University in 1990. Dr. Ewoldsen was founding co-editor of the journal Media Psychology (1998 to 2007) with Dr. Jennings Bryant. He has published approximately 100 articles and book chapters, primarily dealing with the media.