The hypothesis that is being tested is if C. elegans will build up amyloid beta (AB) plaques after heat stress exposure, possibly leading to Alzheimer's disease (AD). C. elegans (nematodes) demonstrate symptoms of Alzheimer’s disease such as amyloid plaques, genes and their mutations, and memory impairments. Heat-shock is a form of stress that could potentially increase the rate of AD, and during heat shock, transcription and translation proteins in C. elegans will become inhibited.

Alzheimer’s Disease (AD) is the third leading cause of death. AD is the leading cause of dementia, a decline in memory loss and mental cognitive ability. Furthermore, studies refer to Alzheimer’s as a progressive neurodegenerative disorder, characterized by the prevalence of AB plaques. C. elegans are being used because they have amyloid-β, which contributes to disease-like neurodegeneration. C. elegans are able to replicate AD within their neurological system, which makes them ideal to replicate humans when studying AD. I aim to discover if this connection can change the world, and save the lives and brains of many.

Stress is a major factor that could lead to Alzheimer’s, and if this intense heat shock results in amyloid beta plaque buildup, it would fill a gap in the medical field. This experiment is important within the medical research field because it is focusing on discovering the effects of a possible factor causing Alzheimer's, which could lead researchers to focus in on finding a cure for this aspect of AD. This experiment could lead to other experiments by proving or negating the correlation to heat shock and AD. This means that if the hypothesis is supported, that researchers can look deeper into this cause, if it is negated, then researchers will move on to a different factor that is potentially affecting AD.

The specific goals of this project is to primarily test an increase in the formation of amyloid beta plaques in C. elegans. A correlation between C. elegans that are stressed with more plaques and noting their lifespan, versus the C. elegans who did not undergo a heat shock and their lifespan. This data will be measured by measuring the highlighted amounts of AB plaques with fluorescent dye and comparing that to the control. The budget funding will help me reach all of these goals, as they are key components in the experiment as well as with data analyzation.

I am really excited for this project! Kylee has worked very hard to develop her procedure and is hoping to generate new understanding of the topic!

The approximate timeline for the experiment is two weeks. This two week period will consist of five trials, allowing ample time for heat-shock (12 hrs / trial @ 32 degrees C), the highlighting of the AB plaques with the dye, analysis of the plaque buildup (using a scale and microscope), and time to analyze the findings. The results will be shared with the Murphy Lab of Princeton University, as well as in research symposiums at Princeton High School, and with labs in the area.

Trials completed: 5 trials will be conducted, each trial takes 12 hours. These trials will run Monday through Friday, and will be ongoing.

REST: On the day these trials are completed, the C. elegans will have three days off before undergoing the dye insertion, also allowing time for the C. elegans to reach maturity.

Plaque Dying: This will be directly focused on highlighting the plaques with the Congo Red Dye.

Data Collection: After the C. elegans are dyed, then the plaque buildup will be measured using a scale system.

Data Analyzation &amp; Report: Data will be collected immediately, and written up in a report. 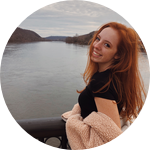 My name is Kylee Tucholski and I am a junior at Princeton High School in New Jersey. I love science based classes, and strive to become a trauma surgeon. I enjoy playing sports, and play volleyball, basketball and softball for my high school, as well as volleyball and softball outside of school. I am the oldest of 5 siblings, which taught me to be responsible, understanding, and independent from a young age. I always look to challenge myself academically, and take classes that I'm extremely interested in. I am a part of a research class that is striving to enhance high schoolers in research of their area of interest. I am aiming to discover a correlation between heat-shocked stress and amyloid beta plaque production so I can see if there is a link to Alzheimer's growth in the brain. C. elegans will be used because they share similar DNA and pathways that humans also have. I am interested in pursuing this project to fill one of the gaps in main Alzheimer's research, which includes narrowing down possible factors that cause the disease. Filling in this gap will help further research, meaning that we can be one step closer in Alzheimer's research.

3 Lab Notes Posted
The Final Stretch!
Because of you!!
Practice makes perfect!

(intro cont.) The history of AD centralizes around Dr. Alois Alzheimer who discovered that her patients died from an unusual mental illness, and when she examined the brain tissue, she discovered clumps, which is now known as amyloid beta plaques. These plaques are groups of folded proteins that have formed a shape and stuck together, and they continue to spread as the disease progresses as well. However, the function of these plaques as well as their cause is undetermined.

Additionally, the specific strain of C. elegans that are being used to share most of the genes that humans have, relating to AD. According to Frontiers in Genetics, the “genes in which mutations are correlated with AD have counterparts in C. elegans, including an APP-related gene, apl-1, a tau homolog, ptl-1, and presenilin homologs, such as sel-12 and hop-1,” (Alexander et al, 1). The specific strain that is being experimented with is strain CL2355, which shows deficits in learning, memory, and has a pan-neuronal expression of the human amyloid beta plaque. Since the amyloid beta plaques can be enhanced or developed in the C. elegans due to certain conditions, it is ideal that this strand is used for this experiment. The transgene that this strain of C. elegans shares with humans in regards to amyloid plaques is “pCL45 (Psnb-1::SP::Aβ1–42::long 3′ UTR),” (Lublin, Link, ). As far as incubating the C. elegans, they will be placed in incubation at a temperature of 37 degrees Celsius, because that is the ideal temperature for a proper heat shock, studies show, that will not kill the C. elegans upon incubation. This extreme temperature will allow this experiment to occur rapidly because “at 37°C the lethal dose occurs within hours for all growth stages, which allows a heat shock regimen to be easily conducted in a day,” (Zevian, Yanowitz, 1). Another major component in the experiment is Congo red dye. Congo red dye will be used to highlight the plaque production in the C. elegans since it is an amyloid plaque detection dye. Before beginning the experiment, Congo red dye will be used to highlight the amyloid plaque build up, if any, in the C. elegans before being stressed. After incubation, the C. elegans will be injected with the dye to highlight the plaque buildup again. When this occurs, the C. elegans will be put under a dissecting scope, and the plaque buildup will be analyzed.