There is a gulf between what American citizens expect of democracy and their evaluation of how the U.S. political system is performing. Though there is ample evidence to suggest that the public is unhappy with government and politics, we know far less about how citizens expect the system to work. This study seeks a better understanding of the democratic expectations – and, ultimately, the political dissatisfaction - of the American public.

Scholarly inquiries into the public’s democratic
expectations are surprisingly rare. Most of the studies that exist have explored the extent to which citizens possess attitudes, such as political efficacy and social trust, that are thought to be essential to a well-functioning democracy. The process preferences of the public, however, have almost never been examined. That is, few studies have asked citizens about their preferences for governmental procedures, political rules, and institutional configurations.

One landmark study that has done so is now more than a decade old and relied upon a rather restricted “process space” to assess citizens’ preferences. A new attempt to establish the public’s preferred model of democracy, based on a wider range of process alternatives, is much needed.

Cynicism is a serious threat to the health of
democracy. If citizens come to believe that politics and government are inevitably dysfunctional, faith in democracy itself may be in jeopardy. Without a complete and accurate understanding of what citizens expect of democracy, we’ll be unable to explain or assess the public’s dissatisfaction with the American political system. What, precisely, is the root cause of that dissatisfaction? Is it justified? Can it be addressed with reforms and, if so, which ones are likely to be most effective in rebuilding faith in the system? To answer those questions, we must identify the model of democracy the public takes to be ideal. And the best way to do that is to ask the public directly what they think is required of democracy.

The first step in identifying citizens’ democratic
expectations is to examine how they conceptualize democracy in their own terms. To that end, the proposed project will consist of two focus groups with approximately 12 participants, randomly assigned, in each group. (Focus groups are widely used at the exploratory or discovery phase of a research project.) Among other things, participants will be asked:

Public opinion research is very expensive to conduct because
it entails securing the participation of numerous (sometimes thousands of) individuals who are not only busy with their own lives but have little incentive to share their views with academic researchers. The research project of which this proposal is part will eventually entail several more focus groups and at least two national opinion surveys. As a result, a considerable amount of financial support is going to be necessary to complete this project. The proposed focus groups are an essential first step in the larger project. Unfortunately, without funding for this stage of the research, the larger project will never get off the ground.

Recruitment is the most difficult, time consuming, and costly aspect of conducting focus groups. Finding willing participants who meet a given selection criteria and ensuring that they show up at the scheduled time takes significant effort. For the proposed focus groups, the staff at the Center for Opinion Research at Franklin & Marshall College will recruit participants based on a random sample of citizens in the Lancaster, PA area. To entice those selected to participate, an honorarium and dinner will be provided. In addition, the focus group discussions will be transcribed for analysis. 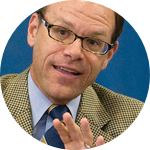 My areas of expertise are campaigns and elections, political parties, and public opinion. I study these subjects because they are so vitally important to democracy. A concern about the way democracy functions has always been central to my scholarly pursuits. In fact, when I first entered graduate school, I wanted to study democratic theory. The proposed research project combines an empirical examination of public opinion with my early interest in democratic theory. Now, as much as ever, we should be asking big questions about the American political system. I hope my project does that.