Alzheimer's Disease, the 6th leading cause of US deaths, is characterized by amyloid-beta(Aβ) plaques and trace metal level imbalances. How this interaction occurs on the molecular level is currently unknown. Protein HSP-16.2 is known to interact individually with Cu,Zn,and Aβ, but their combined interaction has not yet been researched. I hypothesize that HSP-16.2 is involved in the binding of Aβ to Cu and Zn and increases in the levels of one trace metal cause increases in Aβ and other metals.

Trace metal level imbalances are known to naturally occur in a majority of the aging population, especially in Alzheimer's Disease (AD) patients. Aβ plaques, which characterize AD, are known to bind to Cu and Zn with high affinity. Current research does not address the molecular pathways that characterize this Cu-Zn-Aβ interaction and whether an increase in one trace metal directly causes an increase in other trace metals and Aβ. This research plans to address these knowledge gaps by using C. elegans, a transparent nematode whose neural pathways have been fully established, as a model. HSP-16.2 is a protein known to interact with Cu, Zn, and Aβ individually. By examining its role in the combined Cu-Zn-Aβ interaction, a Cu-Zn-Aβ interaction pathway will potentially be suggested.

Alzheimer’s Disease is the 6th leading cause of US death, with 1 in 10 people age 65 or older having AD! Since there is currently no cure, better understanding AD pathogenesis is crucial as the size of the elderly population continues to grow. Most publications that explore the relationship between trace metals and Aβ have found that increases in Cu and Zn individually cause increases in Aβ. There are, however, some contradictory reports. The molecular mechanisms driving this causal relationship are not well understood. Finally, whether an increase in one trace metal is the cause of increases in other trace metals in addition to Aβ has not been well explored. Better understanding how Cu, Zn, and Aβ interact will help develop a cure that targets the correct molecular pathways.

The research goal is to test the relationship of Cu and Zn on Aβ and how they interact.

Phase 2: The expression level of protein HSP-16.2, which is known to individually interact with Cu, Zn, and Aβ, will be measured over the lifespan of an amyloid-beta producing C. elegans strain that mimics AD progression to suggest potential molecular interaction pathways through which Cu, Zn, and Aβ interact. HSP-16.2 expression will be measured via fluorescent illumination.

-4 C. elegan strains: a wildtype female, wildtype male, amyloid-beta aggregation producing strain, and Hsp-16.2::GFP strain. C. elegans will be used as model organisms to study the effects of trace metals on the progression of Alzheimer's Disease.

-CuCl2 and ZnSO4 powders: will be added to the C. elegans' diet to determine the effect of an increase in trace metal levels on the progression of AD. This mimics the natural increases in trace metals that accompany human aging.

-Zn and Cu Colorimetric Assays: quantify the level of Cu and Zn in C. elegans after Cu and Zn are added to the diet. This quantification will allow conclusions to be made about the uptake of Cu and Zn when amyloid-beta plaques are present.

Ada has worked extremely hard to get this project up-and-running while our school navigates this virtual environment. I am confident that she will collect data and draw interesting conclusions from her work!

Jacqueline Katz
Research Teacher
Princeton High School
I am looking forward to the results of this project and its applications to the field!

Jennifer Smolyn
Teacher
Princeton High School
C. elegans is a great model system for use in exploring these very important questions about the molecular mechanisms of ABeta pathology. I think Ada has a great plan, and I'm excited to see the results! 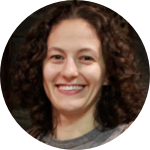 Once funding is secured in about 1 month, Phase 1: determine the correlation between Cu, Zn, Aβ by measuring Aβ, Cu, and Zn levels over C. elegans' lifetime as Cu and Zn are added to the diet. Phase 2: determine why the Cu, Zn, Aβ correlation exists by measuring HSP-16.2 expression and Aβ, Cu, and Zn levels without any supplementation. C. elegans' average lifetime is 2-3 wks. There will be 2 trials/phase. Therefore, each phase should last 1-1.5 months. Then a publication will be written. 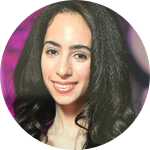 I'm a junior at Princeton HS and in my 2nd year of the research program. I have always had a strong passion for neuroscience and love to ask many questions about why phenomena occur. Through reading papers about current knowledge of Alzheimer's Disease (AD), it is clear how many unknowns persist in the field and this has sparked a passion within me to help better understand the molecular interactions characterizing AD and other neuroscience diseases. I balance my passion for research equally with my passion for track. I am a long jumper and hurdler and captain of the team. I believe that sports are crucial to the mental and physical wellbeing of students. Overall, I am very excited about conducting AD research and hope to receive funding soon!