The family Todidae is endemic to the Greater Antilles. Hispaniola is the only island that hosts multiple tody species: the Broad-billed Tody and Narrow-billed Tody. Ornithologists know almost nothing about these two species. We aim to study behavioral interactions between the species, and to investigate whether they are hybridizing. We are also interested in the possibility that tody geographic distributions and interbreeding might be influenced by climate change.

Todies make up an avian family endemic to the Caribbean. Hispaniola is the only island inhabited by two tody species, Narrow-billed Tody and Broad-billed Tody. Their co-occurrence provides a unique opportunity to study how two species in the Todidae coexist. Both species can be found throughout the island, with their ranges overlapping in mid-elevation forests. Our research aims to determining the outcomes of their interactions in the Cordillera Central of the Dominican Republic.

Our goals fall solidly within the research program of the Curry laboratory. Dr. Curry and his students have investigated climate-driven changes in hybridization of chickadees for almost 20 years (e.g., Taylor et al. 2014). He has conducted and supervised studies of Neotropical island bird species, too.

Hybridization is a central problem in evolutionary biology because it affects maintenance of biodiversity, by allowing populations to remain distinct or by impeding divergence. Climate change may affect outcomes by causing ranges to shift.

Studying interactions between tody species presents an opportunity to uncover the natural history of poorly known birds, and to probe behavioral dynamics that can influence hybridization and speciation: our research will help determine whether convergent or divergent evolution acts on these populations. We aim to investigate what it is about Hispaniola that has allowed two species of tody to coexist while other islands only support one species, providing insight into the mechanisms that maintain species separation.

We aim to addressing several questions:

What is the role of behavior in determining interactions that may lead to or prevent hybridization? If the species sound or behave differently, this may act as a barrier to hybridization.

In the Dominican Republic, we will net and color-band todies of both species; monitor their territorial and nesting behavior, and success; and test responses to playbacks of species-specific vocalizations.

The study will form the basis of Holly's thesis and will lead to eventual journal articles.

Generously donated funds will be used to cover the costs of transportation and equipment for the 2017 field season (May - August). Listed items including mist-nets used for catching birds, bird bands to mark individual birds, and sound recording equipment for playback experiments are necessary for the success of the project. Because the Dominican Republic provides very few field research opportunities for its citizens, we aim to hire a recently graduated Dominican student to not only give them a chance for involvement with local fauna but also the experience necessary to pursue a career in ecology. Additional donated funding will cover the costs of a rental vehicle that will allow us to sample across a wider range of sites, as well as tags for RFID (radio) monitoring at nests. Villanova will support some of Dr. Curry's expenses, including his travel to the field site; the University also supports labwork on campus, including genetic analysis of field-collected blood samples.

Based on my experience working with Caribbean birds, I believe this behavioral study of Hispaniolan todies holds strong potential to contribute to our understanding of evolution of the unique birds found on this island as well as contribute to science's broader understanding of speciation and species coexistence. Holly has very complete and diverse training in ornithological field techniques that, when combined with the unique expertise of her advisor, make her well equipped to take on this research. 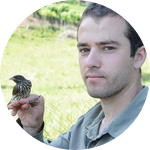 Spencer Schubert
PhD Student
Old Dominion University
I am happy to heartily endorse Holly and her work with the two species of Hispaniolan todies. She began her graduate work at Villanova with more prior bird-banding experience than any student I have ever supervised, and with a productive half-year of field study in the Dominican Republic already under her belt. Our research will greatly advance knowledge of these two adorable bird species, which live nowhere else, while addressing important general questions in evolutionary ecology at the same time. 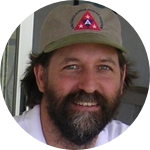 Robert Curry
Professor of Biology
Villanova University
This is a vital project to advance knowledge of an understudied family, the Todidae. With extensive experience studying and banding birds, Holly is an exceptionally skilled and passionate ornithologist, and very active in the avian community. This project would be fueled by Holly's natural affinity for science, especially where so little is known about the natural history of todies, and Caribbean birds in general. I know that she has the dedication to make great strides in ornithology, not only on this project but for decades to come. 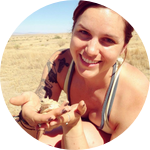 Eva Gondwana
Field Biologist
Holly's study will address important ecological and evolutionary questions while improving understanding of two very unique, poorly known tropical species. I have the utmost confidence in Holly's ability to successfully carry out this research, and I give my sincere, enthusiastic endorsement. Holly worked with me in 2014 to study the Hispaniolan Woodpecker's behavioral ecology, and Holly defined herself with exceptional skill and passion for ornithology. Investment in her project will further science and a promising young scientist's career. 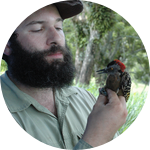 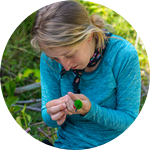 I have been fascinated by birds for as long as I can remember, I became an avid birder at age 9 and started involvement in field research by age 16. My passion for the outdoors led me to pursue an undergraduate degree in the renowned wildlife program at Humboldt State University in Northern California. Since then, I have enjoyed the opportunity to work with birds while traveling, holding positions for a long term study in Arizona, banding birds in Northern California, Nebraska, and Mexico; conducting bird surveys in Colorado and Arizona; and bird monitoring and educating in Southern California with the National Audubon Society. I first began my involvement in the Dominican Republic in 2014 working on a project with Hispaniolan Woodpeckers. There I was instantly drawn to todies and fascinated by how little is known about them. I spent this past summer beginning my investigation on todies and finding sites where both species co-occur. I am excited to return to the todies this summer.

I became interested in birds during High School, and later gained training and experience in field ornithology as an undergraduate at Dartmouth College and Acadia University. I was tremendously fortunate to proceed to the University of Michigan for my doctoral work—which concerned the social ecology and conservation of Galápagos mockingbirds—under the supervision of Dr. Peter Grant, the world's expert on Darwin's finches. My dissertation research focused on the effects of El Niño-related weather variation on the cooperative breeding system of the archipelago's four mockingbird species. I am one of the world's experts on this wonderful group of birds.

I began teaching at Villanova in 1991, after working for 3 years on Florida Scrub-Jays under the direction of Dr. Glen Woolfenden. I have continued to focus with my students on mimids (mockingbirds and allies), including endangered species such as the Socorro Mockingbird, the St. Lucia White-breasted Thrasher, and the critically imperiled Cozumel Thrasher, but we began concentrating on hybridization in chickadees in 1998. This work has been central to my research program ever since, resulting in many important publications.

I am excited now to collaborate on the tody research, which will nicely combine my experience with Neotropical birds and my expertise concerning hybridization.

2 Lab Notes Posted
WE ARE FUNDED!

Summary from the 2016 Pilot Field Season 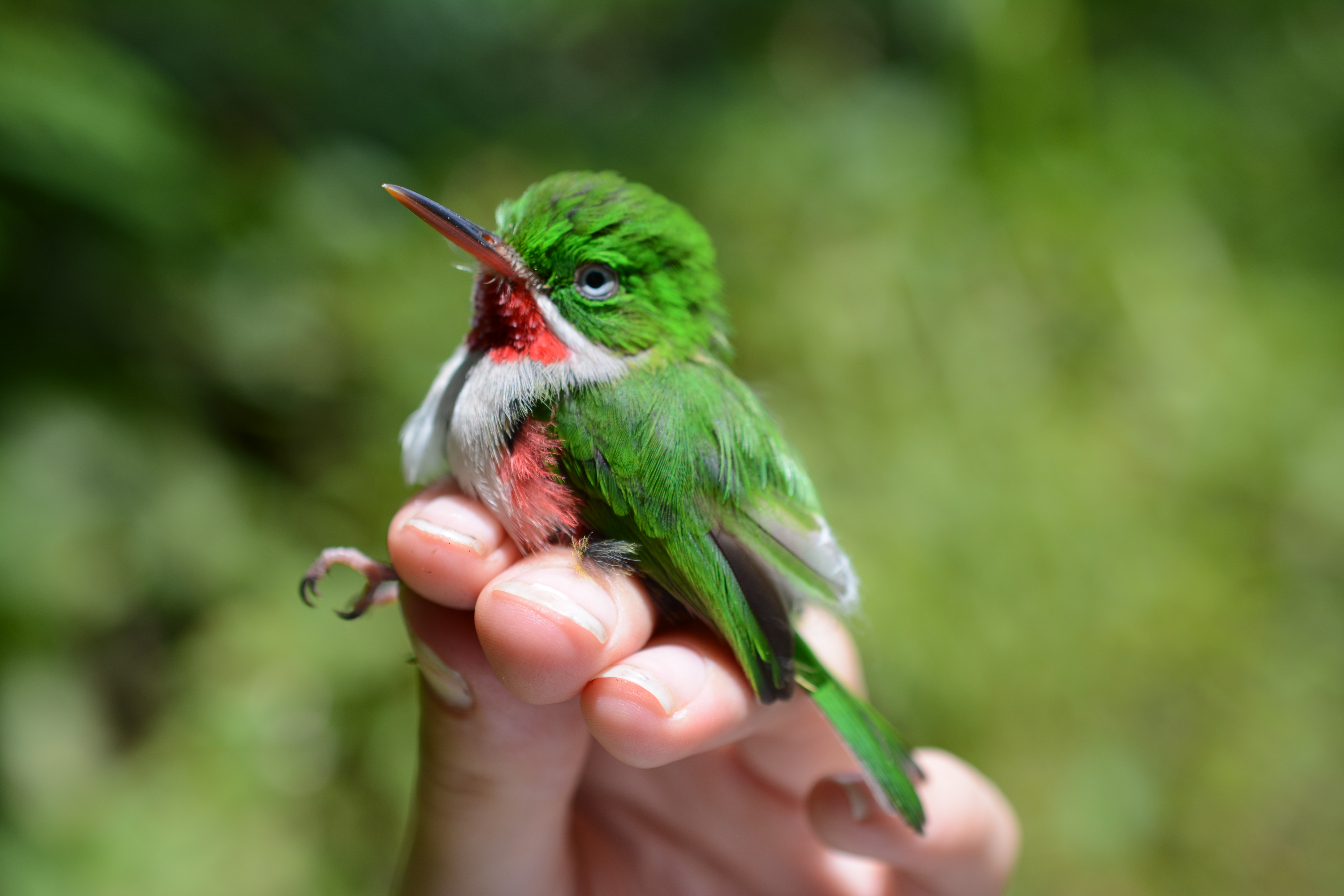 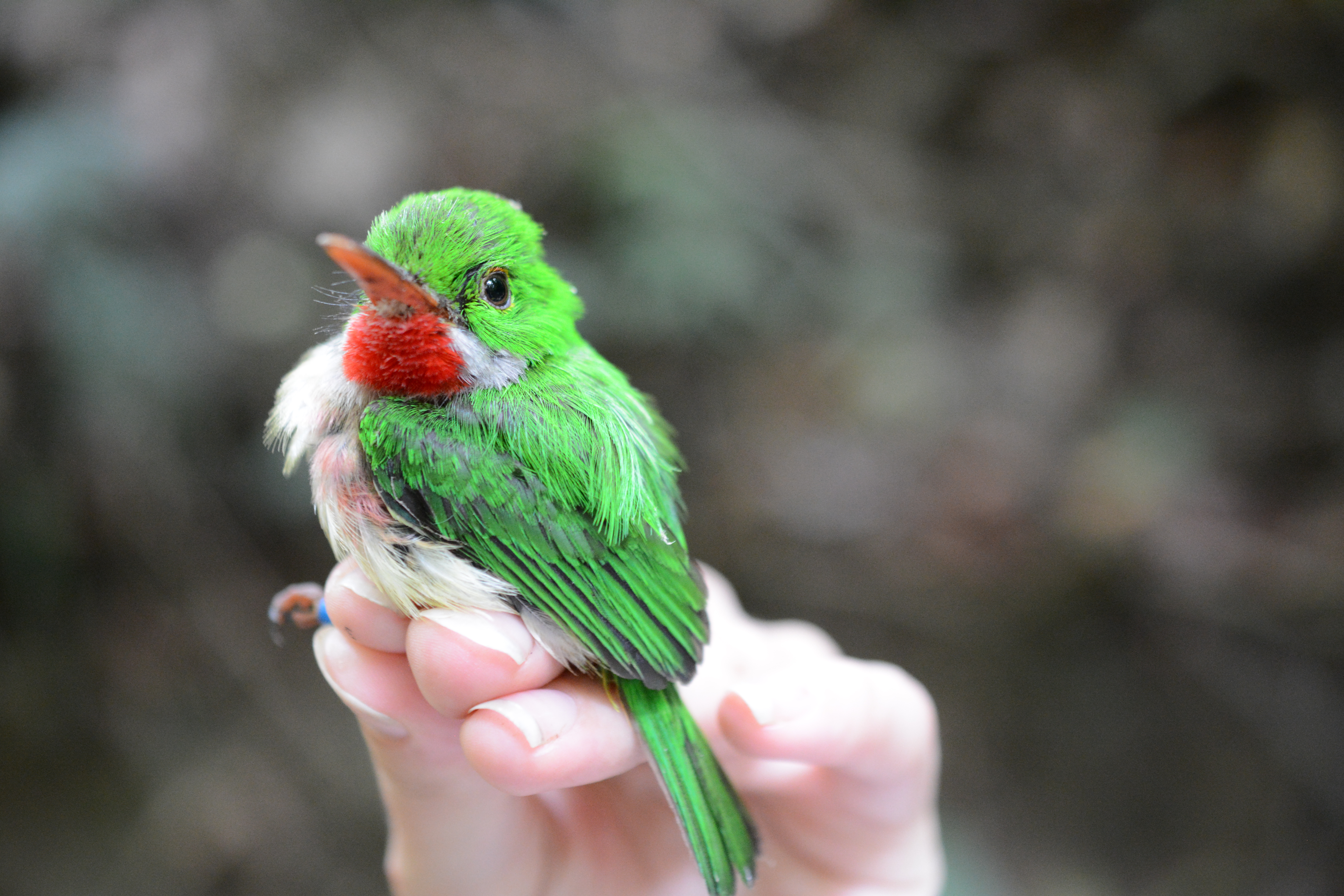