How does a gecko choose its home? The Mediterranean Kotschyi's gecko resides under rocks in much of its distribution range, and on trees in other parts. What makes it choose one habitat over the other? Is it competition with other species? Or maybe they just choose the most abundant type of shelter around? I plan to explore the evolutionary processes behind this gecko's habitat preferences, and understand the drivers which influence its choice, by conducting habitat preference experiments.

For my MSc research I studied Kotschyi's gecko in Greece. I found that, while on the Greek islands this species lives mainly under rocks, on the mainland it mainly inhabits trees (Schwarz et al. in press). This begs the question why this species inhabits different micro-habitats throughout its distribution, what drives variation in its habitat preferences, and whether this species was originally arboreal or terrestrial. Perhaps the geckos choice stems from their ability to climb some surfaces better than others, or simply reflects tree-scarcity on small islands. Other hypotheses suggest that it is competition with other species on the mainland that forces geckos to inhabit rocks on islands, while predators force them to inhabit trees on the mainland.

Kotschyi's gecko has both arboreal and terrestrial relatives, does not have specialized toe-pads for climbing trees or rocks, and inhabits both islands and the mainland. Studying the drivers of its habitat choice can shed light on the selection pressures that drive evolution of important ecological traits. Results from this project can, in turn, help predict species distributions based on habitat characteristics, help guide reptile conservation management, and maybe help assess the possible effects changing habitats have on species distributions.

Because my goal is to see whether evolutionary processes are responsible for Kotschyi's geckos' habitat preference, I will test it in hatchlings that are born to females which reside either under rocks or on trees. Hatchlings allow us to test whether habitat choice is an innate tendency shaped by evolutionary processes, or merely is affected by the immediate environment in their habitat. I will let hatchlings of females collected from several representative populations choose between rocks and trees placed in their enclosure. If habitat choice is a product of evolution I expect juveniles to prefer the habitat of their mother, but if habitat choice is a plastic trait I expect their choice to be random.

This budget aims to fund transportation, accommodation and erecting the experimental setting in Greece. I will use the funds for a flight to Greece, where I will conduct field trips to collect specimens from five islands and from locations in mainland Greece. The field trips will require renting a car, travelling by ferries to islands, as well as accommodation. With the help of my associates in Athens University, I will use the designated budget to build the experimental setting, house the specimens in terraria, and feed them.

This is a critically important project that sheds light on the nature of basic evolutionary processes and has implications for the conservation management of a broad range of wildlife species. It is exciting to see such well-designed research being proposed by an extraordinarily capable and accomplished researcher. 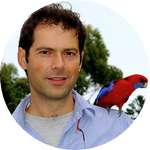 Johannes Foufopoulos
Associate Professor
University of Michigan
This project is an important study that will shed light on the evolution of microhabitat preference in lizards. Results from this study will be useful in predicting distribution of lizards in different habitats. This research presents a unique opportunity as the investigator is dealing with a single species (Mediodactylus kotschyi) that inhabits trees on the mainland of Greece and under rocks on Greek islands.Factors responsible for these microhabitat preferences in different geographical areas will be examined. The applicant is outstanding. 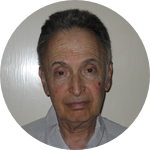 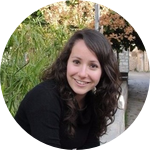 I completed my BSc studies at the Hebrew University of Jerusalem, Israel while working as an assistant in a veterinary clinic. My passion is studying and understanding the animal life around us, and the forces shaping them. This encouraged me to pursue an academic career.

I am now completing my MSc studies at the department of Zoology, Tel Aviv University, Israel, under the supervision of Professors Shai Meiri (Tel Aviv University) and Panayiotis Pafilis (University of Athens). During my MSc my colleagues and I conducted research on the reptile fauna of several Greek islands. My project focused on finding the evolutionary drivers of reproduction trait variability of insular Kotschyi's gecko populations. The research included collecting specimens and ecological data, such as population density and food abundance from over 30 Cyclades islands and mainland sites in Greece. I conducted reproduction experiments in the lab to explore clutch size, egg volume, incubation time and hatchling size and growth. My general goal is to evaluate how the attributes of the islands affect and shape these traits in this gecko species.

I plan to start my PhD studies this coming winter at Tel Aviv University. My research will focus on the ecological and evolutionary adaptations of lizard traits in the eastern Mediterranean region. The proposed research will be an integral part of my doctoral studies.

I am a staff member at the Department of Zoology, Tel Aviv University, studying vertebrate evolution.

I am faculty member at the Department of Zoology of the National and Kapodistrian University of Athens. My research focuses on evolutionary biology, ecophysiology and animal behavior. In my lab we are particularly interested in lizards and my students are engaged in various projects related to thermal biology, infraspecific competition, digestive performance and sprint performance.

This is Kotschyi's gecko (Mediodactylus kotschyi) standing on a tree (Photo by Shai Meiri) and on a dry-stone wall (photo by Simon Jamison). The cover photo is from the islet Glaronisi, where we collected the gecko during our previous field trip to the Cyclades islands, Greece,.