Using 2017 imagery from the National Agricultural Imagery Program (NAIP), we mapped whitebark pine mortality across Glacier National Park (GNP) . These results convey that by 2017, roughly 18.41% of forested area in whitebark pine woodlands within GNP had died (almost 1 in 5!). Mortality varies quite a bit spatially, with some stands wiped out entirely by fire and snow avalanche, some showing signs of blister rust and pine beetle infestation, and some looking relatively mortality-free.

Whitebark pine trees are a keystone species in alpine ecosystems across the American west. They have been a candidate for listing under the Endangered Species Act since 2011. Their seeds’ high caloric content sustain grizzly bears and Clark’s nutcrackers, and the trees modify snowmelt patterns in arid, high-alpine ecosystems. We will map whitebark pines in Glacier National Park to serve as a baseline for analyzing change over time of “ghost forests”.

Whitebark pinecones contain some of the highest energy seeds in nature, providing a food source for other sensitive species like grizzly bears and Clark’s nutcrackers. They also exist in some of the harshest mountain environments in the western U.S., providing shade and wind-break for accumulating snow which results in slower, more sustained runoff. Invasive white pine blister rust first introduced mass mortality in the 1920s, a trend accelerated in recent years by a combination of climate change and mountain pine beetle infestation. Current best estimates show over 50% mortality, with numbers closer to 100% for some stands. However, without range-wide, stand-level maps, estimates are based only on easily accessible sites and status of remote populations is mostly unknown.

Whitebark pines are a keystone species threatened with extinction and a bellwether for climate change, making them arguably one of the most important species to monitor during our lifetimes. Their remoteness makes monitoring difficult, leaving behind ghost forests with untold stories. Additionally, baseline whitebark pine maps are integral to research on sensitive wildlife species, like grizzly bears and Clark’s nutcrackers, and can help inform rehabilitation efforts. While current grizzly bear and Clark’s nutcracker (although variable) research emphasizes the plasticity of species' diets in response to declining whitebark pine populations, fine-scale mapping of this critical habitat and food source is necessary to fully comprehend the role whitebark pine plays.

We are piloting a whitebark pine mapping effort in Glacier National Park, MT U.S.A. We will identify characteristics unique to whitebark pines using measurements from satellite and aerial images and a park field database. Each tree in the park will have its individual traits summarized and will be identified as whitebark pine or a different species using machine-learning techniques we've previously used to map keystone shrubs in the park. We will map whitebark pines throughout Glacier National Park with our results. A rigorous accuracy assessment will determine the efficacy of applying the same methods to map whitebark pines throughout their range in future projects, and to track past mortality in ghost forests. Our goal is to achieve an overall accuracy of 90%.

The budget will cover the costs of data collection, model development, statistical analysis, accuracy assessment and development of a final map of whitebark pines in Glacier National Park. This pilot study will identify spectral and physical characteristics unique to whitebark pine in a region where field data currently exists, benefiting from the cost-savings of previous work and facilitating a more statistically robust accuracy assessment. This work can then be applied to more remote regions of whitebark pine range across the western U.S. and Canada where field data may be more sparse.

Chelsea is a long-time colleague and friend. In a professional capacity, she is one of the most talented, creative, and diligent scientific professionals I have ever encountered. The research she is proposing will help to bring a better understanding of an important keystone species and will ultimately influence and inform our understanding of climate change and conservation efforts. 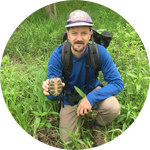 We will initiate this project on July 1 2021, beginning with data collection from a database of field sites, and selection of variables from a variety of aerial and satellite images and landscape traits. We will begin applying machine learning algorithms to the data in mid-August and complete a rigorous accuracy assessment by the end of October 2021. We will have a draft project summary completed by December 30, 2021. 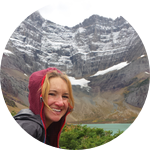 I am a geographer, interested broadly in the use of remotely sensed data to monitor and measure land cover and land use change. I earned my bachelor’s degree in Environmental Geography from the University of Wisconsin-Madison and my master’s in Physical Geography from the University of Oklahoma-Norman. My master’s research focused on the use of spatial technology to analyze and inform human interaction with the landscape. My work centered specifically on the development of a suite of tools to aid land managers in siting low impact development applications on a watershed scale in order to mitigate the effect of impervious surface on the water cycle.

Most recently, I worked for the U.S. Geological Survey in Glacier National Park, Montana on a series of projects that utilize aerial imagery, satellite imagery and LiDAR point cloud data with advanced GIS technology to quantify and track landscape change over time. For example, I have created and published a time series of glacier margin datasets ranging from the maximum extent during the Little Ice Age to present day extent. I used these to analyze change in glacier area and volume over time, tracking the melting of Glacier National Park’s namesake and the downstream ecological impacts. I also employed LiDAR data to derive a variety of landscape metrics and to develop high resolution species level vegetation maps. Understanding avalanche path return periods is crucial for hazard mitigation, especially in transportation corridors, and also a driving force in mountain ecosystems.