Over half of all vertebrate species on Earth are fishes found in South and Central America. Why? We think that adaptation to extreme environments and hybridization both play major roles, and often feed each other. We want to use next-generation DNA technology to probe the genomes of natural hybrids of peacock bass fishes adapted to extreme environments. Understanding these processes is critical for conserving Amazon biodiversity.

In 2013 we published the largest ever analysis of species groups in Amazon peacock bass fishes using DNA, and discovered numerous interesting patterns of hybridization.

In one unique region in Brazil, we discovered that peacock bass fish adapted to two extremely different environments, blackwater and whitewater, hybridize, throwing their adaptations out of balance and providing a natural genetic experiment. This is very unusual, since blackwater is an extreme environment, very acidic with low oxygen, and surely requires physiological adaptation to cope and reproduce.

If we knew which parts of the genome are transferred over generations of blackwater-whitewater hybrids, it would tell us a lot about the roles and interactions of adaptation and hybridization in Amazon diversification.

Why are there so many species in the Amazon? Hypotheses suggest a combination of geographic change, adaptation to environmental variation, and a positive feedback loop from having so many species. But which is more important, and how to they combine?

We are developing peacock bass as a new model system to study diversification in Amazon fishes. While we have identified numerous unique phenomena that can shed light on this question, we need funds to generate a new DNA dataset to investigate these patterns. These data will also give us proof of concept to apply for larger grants to propel future research on Amazon diversification.

There are so many human impacts on the Amazon now, the time is critical to understand these mechanisms in order to preserve future function in a global ecosystem.

Our previous analysis used only 12 DNA markers (microsatellites). New technology allows us to generate tens of thousands of SNP markers at similar cost. So many markers provides much higher resolution of genomic changes, and allows us to identify specific genes with exceptional patterns that are related to ecological adaptation or reproductive isolation. We will use this new DNA dataset to:

To investigate genomic changes in the hybrid zone, we need to survey DNA markers from the hybrids, and non-hybrid individuals native to each of our environmental extremes: black and white water. The markers we will use are called single nucleotide polymorphisms (SNPs). These DNA markers allow us to trace many separate chunks of DNA among individuals in different populations.

We have budgeted funds for sequencing runs of 2 DNA libraries, that is, one enzyme pair for approximately 300 individuals. This number of individuals will allow us to survey all of the samples from the Negro hybrid zone and many non-hybrid butterfly and yellow peacock bass from white and black waters. Additional funds would allow us to conduct sequencing runs with additional enzyme combinations to create more markers, provide higher density genome coverage, and increase the resolution on genes that are correlated with adaptation to water type. 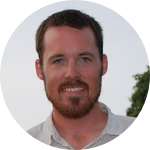 Stuart Willis first went to the Amazon when he was 17, and has been hooked ever since. As a graduate student, he initiated international collaborations with researchers in South America and organized numerous expeditions to the Amazon and Orinoco River basins in pursuit of a comprehensive dataset to test species boundaries for the King of the Amazon, the peacock basses. His current research uses molecular genetic techniques to answer questions about population structure and speciation, adaptation, and biogeography in both marine and riverine fishes.

Paul Reiss chased a childhood dream that propelled him to contribute to an adult’s quest: helping to protect the Amazon. He operates Acute Angling, low-impact jungle outfitting company that explores the Amazon in pursuit of outstanding fisheries. In 2006, he began a doctoral program at Rutgers University in order to translate his observational knowledge into useful science that might help protect this region and its aquatic denizens.

If I'm not out in Nature, you can bet I'm thinking about Nature! I first went to the Amazon when I was 17, and have been hooked ever since. As an undergraduate at Texas A&M University (in College Station), I became involved in research on South American fishes and decided to dedicate my career to understanding this endlessly interesting fauna. As a result, the research for both my master's and doctorate focused mainly on Neotropical fishes. My current research uses molecular genetic techniques to answer questions about population structure and speciation, adaptation, and biogeography in both marine and riverine fishes.

Outside of research, I have a family and grow numerous species of Aloe plants.

Chasing a childhood dream has propelled me to contribute to an adult’s quest - helping to protect the Amazon - a wilderness that embodies the dreams of anglers and conservationists alike. I operate Acute Angling - a sustainable, low-impact jungle outfitting company that explores the Amazon in pursuit of outstanding fisheries - www.AcuteAngling.com. Twenty years of exploratory experience in remote locations with rarely studied fishes has given me an unusual academic opportunity. In 2006, I began a doctoral program at Rutgers University in New Jersey, in order to translate my observational knowledge into useful science that might help protect this region and its aquatic denizens. This evolved into cooperative research efforts with the University of Amazonas and Brazil’s National Institute for Amazon Research. I specialize in and publish work on aspects of the life history of Cichla temensis, the “giant peacock bass”. Ongoing research projects are yielding useful new information and lending acceptance to the concept of sport fishing as a research tool and conservation mechanism. I maintain an information-laden “exotic species” website and provide seminars and lectures to a broad spectrum of attendees, ranging from fishing clubs to university classrooms.

5 Lab Notes Posted
Getting DNA from tissue samples
Introducing the other species of peacock bass
Seasonal and age-related variation in yellow peacock bass...

Stuart has worked to share his research results with the wider community, such as writing for The American Cichlid Association in their Buntebarsche Bulletin. More information about his research and travels, as well as reprints of his publications, can be found on his Google site.

Paul's website for Acute Angling includes lots of useful information about Amazonian fisheries presented in laymen's terms, and which connects the conditions of recreational fisheries with the ecology of the environment where they are located. His research on Amazonian fishes and related ecological patterns is presented there as well.

See a longer version of the project video, with more detail, here.

Where the blackwater Negro River and whitewater Solimões River meet to form the Amazonas River is called encontro das aguas, or 'meeting of the waters'. The appearance of the waters is stark, and differences in water chemistry prevent them from mixing for miles down river.