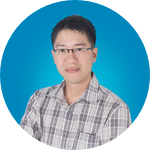 Center for Research in Computational Linguistics

Andrew Hsiu has been documenting little-known but taxonomically important minority languages since 2012, while he was still a linguistics undergraduate student at UC San Diego. He has made 3 successful language documentation field trips to China, and has identified several languages in China that are new to science, including Muangphe, Maza, Ku, Luoji, and others. He has also documented new language varieties in northern Vietnam such as Na Meo of Tuyen Quang, and has performed additional language documentation fieldwork in Thailand, the Philippines, and San Diego, USA.

Andrew has worked at the Center for Research in Computational (CRCL) in Bangkok, Thailand building comparative databases of Southeast Asian minority languages, and has presented at numerous international academic conferences in Asia and the US. Currently an independent scholar, he is looking forward to continue documenting minority languages in East Asia.Website:

Record Voices of The Sizang Language of Burma

In recent years, Southeast Asian historical linguistics has been moving at fast pace, with many important milestones accomplished within the last 10 years. This is quite fortunate, given that many ...

Travel to China for language research

Thanks to everyone who has helped contributed to my fundraising campaign for research on endangered languages in China!Now that my basic costs for travel within China have been covered, the next st...

1. A Special Thank YouA huge thanks to everyone who has supported my project! I have just booked my plane tickets to Kunming, China, and will be in Yunnan Province, China between this mid-April and...

A typical field session: The language consultant pronounces words and sentences in his native language as I perform audio recordings using a USB microphone connected to a netbook co...

A motorcycle-taxi taking me through the rugged mountainous landscape of Yunnan in 2012. My goal was to find the only woman in China who could still speak Red Gelao.

Typical village scene, with a minivan-taxi in the foreground. Minivan-taxis are available for hire at the town centers for $30-$50 (200-300 Chinese yuan) per trip. A one-way trip to...

The last Wai Gelao in Funing County, Yunnan Province, China who can recall any words in Wai Gelao. She is in her mid-80's. She only remembers several vocabulary words.