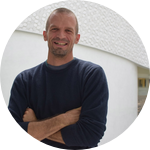 My main research is focused on the conservation biology of marine biodiversity with particular emphasize on marine invertebrates from cnidarians to echinoderms impacted by global change.

I develop a multidisciplinary approach at the interaction between experimental ecology and evolutionary biology in order to: i) characterize the patterns of genetic diversity within species; ii) infer the eco-evolutionary processes shaping and maintaining these patterns and iii) promote scientifically based conservation policies (e.g. warming resilient restoration protocols). My skills range from field work using scuba diving to molecular biology and statistical analyses for population genetics.

Over the last 15 years, I pioneered the population genetics and molecular ecology as well as the development of genomic resources in habitat-forming octocorals. For instance, I led the publication of one of the first octocoral genomes, the genome of the red gorgonian, Paramuricea clavata, a species strongly impacted by mass mortality events. I am the principal investigator of two projects (CBP and EASI-Genomics) which aim to sequence the reference genome in 7 octocoral species, including the two Eunicella species of the current project.

I am fully convinced that increasing our understanding in the genetic factors and processes driving the response of marine biodiversity to warming is key in the development of warming resilient conservation actions. This understanding requires the integration of different disciplines from ecology to population genetics and genomics, which are currently scarce in octocorals. I am currently investing most of my time and energy to fill this gap.

Do Mediterranean corals have the genomic resources to face Marine Heat Waves?