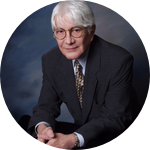 This work provided the groundwork for his focus on targeted delivery of therapeutics begun at the 501 c 3 nonprofit foundation Let There Be Hope, and subsequently developed at Rodos BioTarget GmbH in Hannover, Germany (www.biotargeting.eu)

Establishing a clinical practice while also a Director of AIDS Research at the Los Angeles Oncologic Institute at St. Vincent Hospital, he dedicated his research to developing targeted treatments for people with HIV/AIDS, cancers, and allied disorders. The earlier focus on antiviral drug treatments expanded into targeted drug delivery and the invention of the CLR-TargoSphere® drug delivery technology with collaborators, Dr. Sean Sullivan and Dr. Robert Gieseler, currently being developed for targeted treatments to the brain for neurodegenerative diseases.

Can Effective Delivery of Curcumin be Used to Suppress Cancer Cell Growth?

Targeting the brain with Curcumin: Can we treat Chronic Traumatic Encephalopathy?

Can Effective Delivery of Curcumin be Used to Suppress Cancer Cell Growth?

Today we passed our first important step in the development of a potential treatment for CTE.Studies at the U. of Arizona show that nanocarrier-encapsulated Curcumin crossed the Blood brain Barrier...

HOPE FOR COLON CANCEROur Curcumin study was completed today.The combination of CLR-TargoSphere-targeted Curcumin with the Anti-CTLA-4 Checkpoint Inhibitor is superior to either monotherapy in inhib...

A Synergistic Approach to Cancer Immuno-Oncology Our study combines the Immune Checkpoint Inhibitor Anti-CTLA-4 and Curcumin, which has been shown to enhance induction of tumor antigen...

The Curcumin CTE project is fully funded! Funding covers all expenses for targeting the Blood Brain Barrier at the Charles River Laboratory and the University of Arizona.We will keep you informed ...

CURCUMIN CANCER STUDY EARLY RESULTS ARE IN!Early data show nanocarrier-targeted Curcumin in our colon cancer study resulted in the greatest inhibition of tumor growth, even when compared to the Che...

Curcumin is Leading the Pack!

Very early data show nanocarrier-targeted Curcumin resulted in the greatest inhibition of colon cancer growth, even when compared to the Checkpoint Inhibitor alone. Additional measurements this we...

The tumor treatment is now in its first week with Targosphere curcumin and the checkpoint Inhibitor.

But we are in trouble with the study to treat Chronic Brain Trauma with Curcumin because we have only 3 days left and haven't reached our funding goal. Remember, even young people with repeated hea...

Only 2 Days Left to Make a Donation to CTE Treatment Study !

Today is Day 1 of tumor treatment with the C-Lectin Receptor nanocarrier (the TargoSphere) with encapsulated Curcumin alone and in combination with the mouse Immune Checkpoint Inhibitor.Treatment ...