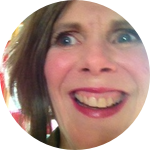 Ever since I watched professionals and family members mourn the birth of my son—who has a disability-related medical diagnosis—I have set my mind to rooting out the social basis for why persons with this disorder (Trisomy 21) are seen as less capable than others. I even re-named the disorder’s informal name (i.e., Double Scoop vs. Down’s Syndrome) because I felt so strongly that its poorer-learning outcomes resulted from widespread social rejection—which muted chances to absorb knowledge readily (see Borthwick, 1996).

As a clinical psychologist who worked with children I was already informed about social processes: ideas like “self-fulfilling prophecy” where what others (e.g., teachers) think drives how much a child learns and “learned helplessness” where no one thinks a problem can be solved so everyone gives up and no longer tries to solve it. But it was beyond my skill to make sense of how deep the unspoken biases against a person with my son’s disorder actually were. As he grew, I decided to build my research skills and begin to tease apart the question. I am now working on a study of doctors’ unspoken negative ideas about newborn infants with medical conditions expected to result in learning or other problems.

As to my scholarly background, I have a doctorate in clinical psychology from the University of Nebraska-Lincoln (1999). In 1990 I trained on a Federal infant-toddler early intervention grant at the University of Nebraska Medical Center. I have assessed and treated very young children—including those with special needs. Last year I presented work related to diagnosis-based bias at meetings for the World Association for Infant Mental Health (Prague; May-June) and the International School Psychology Association (Amsterdam; July).

Does bias about medical diagnosis link to expectations of mental health problems for infants and their parents?

Here's a recent medical journal report (Greenwood et al., 2020) that examines the potential impact of doctors' bias on babies' mortality in the earliest days of life--especially if there are compli...

Listen to this podcast from the Carlot report on how doctors can notice (and change) their biases .

Updated link that takes you to my blog...

Here you go folks, in case you missed it last week. Hear my podcast "The Power of Expectations: Trisomy 21 and Down syndrome” https://better4babies.org/2020/07/19/an-ewtn-podcast-about-my-sons-ama...

Here's the promised podcast that references results from this study...

Yesterday, this podcast about my research--and the story of my son with Trisomy 21 that goes along with and spurred it along--was aired on on EWTN radio. Enjoy it. The hosts are particularly engagi...

On 9 June I was interviewed by the hosts of “Doctor-Doctor,“ an award-winning radio show and podcast, about this research and the whole idea that expectations matter for what babies with Trisomy ...

Today, I serendipitously discovered that Part A to my dissertation--the scientific rationale for the current study--had been published in June 2017. Naive to publication processes, I thought it had simply fallen among the "rejection" pile.

Today, I serendipitously discovered that Part A to my dissertation--the scientific rationale for the current study--had been published in June 2017. Naive to publication processes, I thought it had...

What does our data about doctors early bias mean?!

What does our data about doctors early bias mean?!Varied challenges in gathering our sample limit what can be said about our data related to a larger group of children’s doctors. That means we kn...

Here's What We Found!!

Despite so many obstacles in getting children's doctors to do our survey, we at last have some data! Fifty-six doctors did the implicit association test (IAT; see a prior lab note), Further, 91% ...

Hurrah--a few doctors are tuning in!

Thank you everyone for your support of my research; it means a lot to me to have a few lurkers at experiment.com interested in my question (and my findings)!As of this morning my link went out to a...