During the year 2013, as part of Dos Mares objectives, I have been developing a data base about the marine researches conducted in Central America, and I realized that this same data now available in Dos Mares web site, could be accessed from a mobile device.

For this project, a mobile device application called Dos Mares App will be designed and tested as a prototype by an App-developer company, using the data base that Dos Mares possesses. The application has the potential to be extended to marine protected areas in the United States and in many countries and the potential to generate revenue.

I want to stimulate marine science putting the scientific knowledge in the hands of people. Mobile devices are the perfect tool to spread scientific knowledge, empower people initiative and invigorate their action and their awareness for the conservation of marine protected areas.

The Dos Mares Application development is part of Dos Mares's efforts to achieve their mission. Dos Mares was created in January 2013 to improve the marine science infrastructure in the Marine Protected Areas of Central America.

Was a Marine Protected Area just put in near where you live? Want to know about the science going on in that MPA? We're developing a prototype smartphone App to help YOU learn about research going on in MPAS. The app will have information for MPAs in the countries of Central America, United States and many other places. With a good understanding of ecological relations, the conservation of marine protected areas, habitats and biodiversity will improve in those regions.

This application is going to encourage the scientific and educational activities using the genius and advantages of mobile devices. It will highlight the importance of marine protected areas, and in turn it will attract more scientists, students and visitors who will stimulate the local economy in those areas.

The Dos Mares App would also generate income offering marketing services to scientific, educational and recreational organizations and local businesses interested in publicizing and selling their products and services.

Is extremely important to realize that Dos Mares App has the potential to be used in the United States marine protected areas, as well as in many other countries, so, it is expected that an improved and expanded version be created as part of a more advanced project.

A quantity of $ 10,000 are going to be necessary for the design, operation and promotion of the Dos Mares App.

With this money I will pay the services of the company: TopFloorStudio, a web design and mobile app firm servicing Asheville, North Carolina: http://www.topfloorstudio.com/

The price will include the following App's features:

This price is very good compared with other companies like Bixby Apps from California, plus the advantage that TopFloorStudio is located in Asheville NC, not too far from where I live. 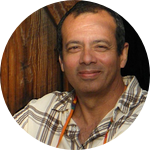 I was fascinated when I saw the ocean for the first time in my life! ...and I felt the same way when I obtained my Master's Degree in Biological Oceanography thirty years after! ...but when I was back in Nicaragua I realized that marine science facilities were absent ...and I was forced to work in the mainland during most of my professional life. Now I intend to change this situation because science matters, and because the young marine scientists from Central America want to work in the ocean. Photo: Toro Mixcal a private marine reserve in Nicaragua. This project, Dos Mares App is one of some initiatives that I am creating to promote the marine science and the conservation of marine protected areas in that region, through my organization called Dos Mares: www.dosmares.org

The Dos Mares data base