What is the microbial composition of raw and processed placental tissue?

Human maternal placentophagy, the behavior of ingesting the own raw or processed placenta postpartum, is a growing trend by women of western societies. This study aims to identify the impact of dehydration and steaming on hormone and trace element concentration as well as microbial contamination of placental tissue.

Microorganisms mainly from the vaginal flora were detected on placenta swab samples and samples from raw, steamed, dehydrated and steamed dehydrated tissue and mostly disappeared after dehydration. According to regulations of the European Union the concentrations of potentially toxic elements (As, Cd, Hg, Pb) were below the toxicity threshold for foodstuffs.

The commonly used protocols for preparation of placenta for its individual oral ingestion reduce hormone concentrations and bacterial contamination.

Human placentophagy: Effects of dehydration and steaming on hormones, metals and bacteria in placental tissue

The human placenta contains a mixture of substances which may be useful for individual postpartum treatment. Until now, scientific research on the use of placenta remedies as a unique and cheap therapeutic treatment for women suffering from pathologies like anemia, depression or lactation difficulties, does not exist. To be able to discuss possible effects of placentophagy, the content of placental tissue has to be tested. The goal of this project is to analyze the hormones and elements from a sample size of 6 placentas to identify the bioactive molecules present.

Recently, a trend of mothers having capsules made from their own placenta for postpartal use can be observed in the US and in Europe. However, scientific evidence on the impact of placentophagy is rare.

On the subject of placentophagy, researchers often have contrary opinions; proponents claim various benefits whereas detractors state that intake is useless for humans.

Precise knowledge of the substances contained in placental tissue will allow a discussion on limitations and possible applications of placenta remedies.

Placentophagy could either cause a placebo effect or turn out be a cheap and effective medication for women suffering from postpartal diseases. Furthermore it could support an effective recovery from an exhausting childbirth.

Many women use placenta remedies without existing scientific research on the effects.

I want to introduce human placentophagy into the field of academic discussion. In order to be able to discuss possible effects of placentophagy, basic research is needed to determine which components and hormones can be found in placental tissue.

Placentas from spontaneous, unmedicated birth will immediately be prepared at the placenta lab for further analysis. Each placenta will be divided in half, of which one part will be dehydrated, the other part frozen. After a sample size of six placentas is collected, the material will be transferred to the food analytic laboratory where approximately 11-12 substances will be tested for.

I want to compare the contained amount of elements such as lead, iron and mercury. Furthermore, the amount of hormones such as CRH, oxytocin, human placental lactogen, estrogens and gestagens will be analyzed before and after the dehydration of placental tissue.

Laboratory Analysis: Usually bio fluids such as human blood serum are used for the analysis of hormones and other substances. In this special case, analysis from placental tissue is needed to determine the existence of substance before and after dehydration. This can only be done at a laboratory specialized in food analytics. I am delighted to have secured the cooperation of "Food GmbH Jena Analytik - Consulting" for this exciting project.

Dehydrator: A dehydrator is required for preparing the material for comparison of contained substances in raw and dehydrated placental tissue.

I know Sophia as an inquisitive, energetic young physician who practices medicine with passion. She could be the first to answer the question many women have regarding the use of placenta remedies. Her research will be important for developing possible natural treatments for midwifery and obstetrics. 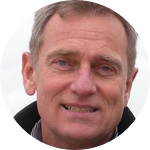 Dr. med. Rainer Külker
Gynecologist and Obstetrician Specialist in Naturopathy
Our research group, the Placenta Lab, at the University Hospital Jena, is focussed on basic, clinical and translational research on fertility/infertility and pregnancy with special interest in the placenta (www.placenta-labor.de). Our studies should help understanding the molecular fundament of the symbiosis between a mother and her fetus. An increasing number of mothers prepare capsules from their placentas by heat drying, but it has not yet been tested how far the molecular and hormonal composition of these capsules resembles that of the native placenta. Therefore, Sophia’s project will be very helpful to bring light into this story. 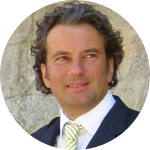 Prof. Dr. med. Udo Markert
Department of Obstetrics, Jena University Hospital
Sophia took part in my workshop ’Placenta Remedies’ at the Midwifery Today conference. She is eager to find out more about the contents of placentas, to show their curative effects in Humane Medicine. We need this research to sustain and develop one of our oldest folk remedies which is well known in every culture of the world. It is time, to have a modern, scientific view on placenta remedies. Sophias' investigation is commendable and contributes to a new field of medical research. 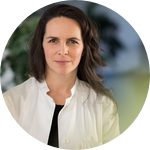 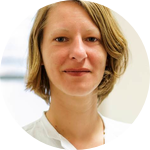 In 2012 I graduated at the private University of Witten/Herdecke. In addition to my general medical studies, I attended courses in Anthroposophical Medicine, Phytotherapy and Traditional Chinese Medicine. As my interest in alternative medicine is broad, I am eager to include it into my scientific studies.