Sale of material from marine mammals is generally prohibited. Many bone samples from St. Lawrence Island are sold as Steller’s sea cow, an animal driven to extinction by 1768.The sale of these bones is not prohibited. By using radiocarbon dating and stable isotope analysis it is hoped to determine population size, the timing of the collapse and the identity of the bones. Stable isotope analysis can be used to distinguish carnivores from herbivores and marine animals from terrestrial.

The population discovered with the initial research was completely new to science. Data of this type proved conclusively that there had been a separate population of these animals at a great distance from the known population, which was driven to extinction by Russian fur traders by 1768. Georg Steller located and described this population in 1741, meaning that Europeans drove these animals extinct in only 27 years. There are 2 other groups of animals related to the sea cow, manatees and dugongs, which are also under extreme hunting pressure across their range. Gathering this type of data supports other researchers and gives weight to protection measures in many locations around the world.

Manatees and dugongs are threatened across most of their range in the world. In many areas, these animals have been driven to extinction by hunters in the same manner as Steller's sea cows were. Gathering data on Steller's sea cows can aid in the protection of other animals in this order around the world. If we can show that there was a relatively large population which was also driven to extinction on St. Lawrence Island, it may add weight to efforts to protect other animals of this type around the globe.

The goals of the project are to demonstrate the size and timing of the newly discovered population of sea cows at St. Lawrence Island. Using radiocarbon dating and stable isotope analysis, this goal can be easily achieved. The technology and methods for this analysis have been shown to work and data on the population was published in the scientific journal Biology Letters in 2014.

Another goal of this project is to involve undergraduate students in scientific research and analysis. Many undergraduates are not able to do a lot of laboratory analysis and these types of skills have been shown to be very useful for the students when they leave the university and move into the job market. This project as employed 8 students to date.

The project is to date and analyze the bones already in our possession. The entire budget is dedicated to that end, analyzing as many bones as possible. No other funding is being sought currently for this project. Data of this type was collected for another project and proved useful and successful for this type of analysis. Data were published in 2014 in Biology Letters. 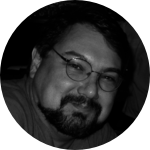 Chris Parsons
Associate Professor, Dept. of Environmental Science & Policy, George Mason University
I am writing to endorse the research application submitted by Dr. Lorelei Crerar. Because of the snow storm I cannot put this on departmental letterhead but could do so at a later date. I have worked with Lorelei Crerar since 2007 and when I became chair of the Department of Biology I hired her full time when she completed her Ph.D. research. This project is a continuation of her PhD work on Steller's sea cows. The first set of data from this project was published i

Larry L. Rockwood
Professor, George Mason University
As a former member of Dr. Crerar's dissertation committee, and a collaborator in reporting her surprising and important discovery of a former population of Steller's sea cows at St. Lawrence Island, Alaska, I endorse this project. Many of the interesting questions to be asked about this population and its extinction can only be answered by increasing the sample sizes of radiocarbon dates of bones from that locale. This project is consequently a worthwhile step toward further research and full exploration of this new site. 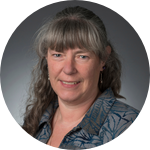 Dr. Crerar has been teaching Ecology and Applied Ecology at George Mason since Spring 2007. During part of that time, she was completing her PhD on the genetics of the Steller’s Sea Cow (Hydrodamalis gigas). Her research continues in an effort to understand how many populations of these animals there were and what contributed to their extinction. Many undergraduate students have helped in this work. One was able to take his portion of the research to the Paleontology Conferrence in Berlin in November 2014. Dr. Crerar was also a teacher at the high school level for ten years. During that time, she was given the opportunity to design curriculum for the students at JEB Stuart High School which was used throughout Fairfax County. Before settling into teaching, Dr. Crerar worked the Renaissance Festival circuit in Pennsylvania, Texas, Arizona, and Florida.

2 Lab Notes Posted
Thank you to all!
Decrease in project budget