This is our new paper just published in the journal Biological Invasions  - work that could not have been done without the support of our generous backers via Experiment.com!

The paper details our faunal reconstruction of the site at Koonchera Dune where we undertook our search for the desert rat kangaroo using camera trapping, spotlighting, and predator scat analysis.

We conclude that if Koonchera and the surrounding landscape is to hold on to its remaining native mammal diversity, coordinated management of threats, principal of which is predation by cats and foxes, and impacts on vegetation and soil from a host of introduced herbivores, is required.

Thanks again to our backers!

The desert rat-kangaroo is one of Australia's most mysterious small marsupials. Although we currently lack confirmation of the mammal's presence, recent promising sightings gives hope for its continued existence in Australia's remote Sturt Stony Desert. We will investigate these sightings using camera trapping, map the animals' distribution and habitat, and build the first habitat model for this species. If the animal is still out there, our team represents the best chance for its rediscovery.

Hedley Herbert Finlayson was the last mammalogist to see the desert rat-kangaroo (Caloprymnus campestris) in the Sturt Stony Desert – one of Australia’s hottest and driest deserts. We have pinpointed from Finlayson's writings the exact localities where he captured the animal, and gathered together other promising records where people claim in recent decades to have seen it. By visiting these sites and surveying the vegetation, soils, and landform, we will develop - for the first time - a comprehensive distribution and habitat model for the species, and reconstruct the co-occurring mammal community. This distribution model will aid further survey work for the species, and our camera trap surveys will help to establish whether the species persists.

Australia has a terrible mammal extinction history, with 27 species or sub-species believed lost since 1788. Despite this appalling record, the country is noted for remarkable rediscoveries – including the resurrection of species thought extinct for over 100 years. The desert rat-kangaroo has been missing for several decades, but over this time numerous reports have emerged of people seeing a small kangaroo that fits the animal's description - the most recent being in 2011. No intensive survey has ever been mounted for it using modern camera trapping methods, and the species lacks a proper distribution and habitat model. Surveying known habitat and investigating recent sightings is imperative to understanding the animal's ecology, and knowing whether it still exists.

In August 2018 we will mount an expedition to locations of recent reliable sightings of the desert rat-kangaroo, including Finlayson's original rediscovery sites. We will map and describe vegetation, soils, and habitat features of these sites, and use the information to build a comprehensive distribution and habitat model for the species. Motion-activated camera traps at selected sites will survey the mammal community over several months. The overarching goals of the project are to (1) search for any existing populations, (2) build the first comprehensive habitat model for the species, and (3) reconstruct the mammal community with which it co-occured. If the species still exists at any of our sites, we stand a strong chance of finding it using modern camera trapping.

Hiring a reliable 4WD fully-equipped for remote area work is a critical component of this work; this cost represent the entirety of the funds we seek from donors. 4WD expenses are based on the known full cost (hire, maintenance, fuel) of a 'desert-ready' 4WD vehicle from the University of New England's pool of research vehicles.

All other equipment required for remote-area camping, remote area 4WD operation and safety, and all biological survey equipment - including camera traps - is provided as an in-kind contribution to the expedition by the University of New England. The cost of all food and other miscellaneous items associated with the expedition will be met by the research team.

With your help, we will mount the most comprehensive survey ever undertaken for the desert rat-kangaroo, and will provide the most detailed description of its habitat, and co-occurring mammal species, ever undertaken.

Confirming that Caloprymnus is extant would be a huge boost to Australian conservation. This expedition is also timely, given the renewed focus on prioritising species for recovery in Australia's enclosure network. The team members' extensive experience in mammalogy, camera trapping and international field work, is indisputable. Consequently, I am pleased to endorse their project and wish them the best of luck. 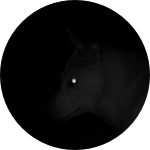 Guy Ballard
Adjunct Senior Lecturer
University of New England
This project has many things going for it. Karl and his team have extensive experience in camera trapping and remote-area field work, as well as an impeccable research track record. The timing of the project is also excellent, as recent rains in western Qld have triggered rare flows in the Cooper Creek catchment. If the Caloprymnus still exists, now would be the time to try to observe it. I wholeheartedly endorse this scientific project and wish the participants every success in their most admirable endeavours. 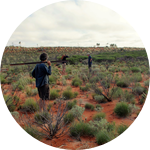 Feb 2019: Produce the first detailed distribution model for the desert rat-kangaroo, and describe the co-occurring mammal community, and report any significant findings to our backers, and the media.

Deploy motion-activated camera traps at the selected sites. Cameras will run for 5 months (images will be processed after the second field trip)

Fully describe vegetation and landform of the last confirmed locality of the desert rat-kangaroo. This represents a major gap in ecological knowledge of the species

Travel to Sturt Stony Desert to recover camera traps. Image processing will be undertaken and reported to backers, who will receive high resolution imagery of key species

Manuscript prepared for publication, will full acknowledgement of all backers 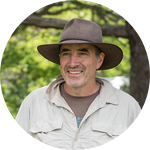 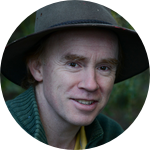 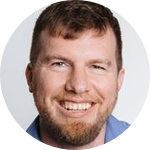 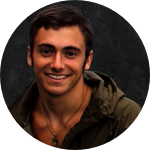 Our team members bring complementary skills to this exciting project to give it the best chance of success. Team leader Dr Karl Vernes is an ecologist and kangaroo specialist, Dr Stephen Jackson is an expert on the natural history and taxonomy of Australian mammals, Dr Kristofer Helgen is a world authority on mammal taxonomy and has made several notable mammal discoveries, and PhD student Todd Elliott is an ecologist, natural historian, and an award-winning nature photographer.

I am a mammal ecologist with a passion for contributing to the conservation and management of mammals, especially Australia’s threatened kangaroos, wallabies, and rat-kangaroos.

I have always been interested in Australian mammals; as a teenager at high school I avidly read any book on mammals I could get my hands on, collected skulls and bones, and 'went bush' to watch animals in the wild. I studied Zoology at James Cook University, continuing my studies there with a Masters and then a PhD; both degrees focused on kangaroos, wallabies, and rat-kangaroos, and how ecological knowledge of a species can help guide conservation and management.

I have published over 80 peer-reviewed research papers and book chapters on mammals. My work has always been field-based, in recent years, heavily focused on the use of passive infra-red cameras (‘camera-traps’) to understand mammal ecology. In the pursuit of understanding mammal ecology, I have deployed camera traps for mammals in a wide range of habitats and locations – from the temperate forests of Tasmania to the tropical woodlands of the Kimberley, and on three continents. In addition to work in Australia where I have primarily focused on kangaroos and other marsupials, my research questions have led me to Canada – where I worked on flying squirrels and their specialised diet of truffles, Bhutan – where I currently work on protecting biological corridors for iconic cats like tiger and leopard, and Mexico – where I have a camera-based research project underway that is examining the use of semi-flooded caverns (‘cenotes’) by mammals that include jaguar and puma.

I have spent a decade gathering data on the sighting locations reported for the desert rat-kangaroo, and feel this project can make a tangible contribution to the knowledge of the species distribution and habitat. You can see my research profile and interests on Instagram, Twitter, or Google Scholar.

Dr Stephen Jackson in an internationally recognised mammalogist with over 25 year experience in the study of mammals in the field, in captivity and in museum collections. He is an Adjunct Senior Lecturer at the University of New South Wales, a Research Associate of the Smithsonian Institution (Washington D.C.) and a Research Associate of the Australian Museum. He works with collaborators in museums and universities throughout Australia and overseas including the United States of America, China, France and the Netherlands. To date he has published 6 books and over 50 papers on various aspects of his research. Two of his books have been awarded the Whitley Medal from the Royal Zoological Society of New South Wales for the best natural history book.

Todd Elliott's passion for the natural world has led him to research global biodiversity and interrelationships in nature. His studies have taken him to field sites in remote corners of the world to explore tropical rainforests, temperate woodlands, deserts, beaches, and high mountains on six continents. Todd has authored many scientific publications covering this research and has discovered and described organisms new to science. In 2018, his field guide to mushrooms of the southeastern United States was published by Timber Press. Todd is an award-winning nature photographer with hundreds of his images appearing in books, magazines and scientific journals. He is currently focusing much of his PhD research on understanding the diets of poorly studied vertebrates. To see photos and read more about Todd’s projects and adventures, check out his: Instagram, Website, Twitter, Research Gate,
or Google Scholar.

9 Lab Notes Posted
Initial Results on the Search for the Desert Rat-Kangaroo
Return to the Desert
Trip No. 1 to The Desert Completed!