The mosquito A. aegypti is the main vector for dengue and zika viruses. This mosquito has developed resistance to common insecticides. We've shown that a biological control agent (a roundworm) can kill 85-100% of mosquito larvae. As a follow-up study we need to submit the roundworm to an “acid test” to verify its efficacy in urban settings. If this bioagent passes the test this could be another method to control the mosquito and reduce the spread of dengue, zika and urban yellow fever viruses.

A. aegypti is the most important mosquito to public health worldwide because it is the main vector for dengue, zika and urban yellow fever viruses. Health officials normally use insecticides to control the mosquito population, but A. aegypti has developed insecticide-resistance(1).

We know that entomopathogenic roundworms (ERs) are effective at controlling a range of insect pests in agricultural and urban settings(2). During a survey in the Atlantic Forest of Brazil, we isolated an ER from bromeliads, which is often where female mosquitoes lay their eggs.

Through an unpretentious assay, two of our graduate students noticed that this ER killed most A. aegypti larvae. This serendipitous discovery made us look more attentively at ERs as potential biocontrol agents of mosquitoes.

Through a series of assays, our research group confirmed the potential of some ERs as biocontrol agents of A. aegypti(3). The ER Heterorhabditis indica LPP35 ranked first, what led us to further investigate the parameters that determine its efficacy against mosquito larvae.

In a follow-up study(4), H. indica LPP35 killed 85-100% of the mosquito larvae when introduced to containers of different sizes and shapes that mimic natural mosquito oviposition sites.

This project is the natural next step. We must submit H. indica LPP35 to a "acid test" to confirm its efficacy in household small water reservoirs that are typically infested by mosquito larvae.

Each container, filled with water, will receive 15 mosquito larvae and 1,500 roundworms (this rate has been found to be optimal). A voile fabric attached to the containers will prevent the emergence of adult mosquitoes should the larvae evade infection by the roundworm. Killing of the larvae will be assessed 7 days later.

Since the roundworm is able to reproduce in the dead larvae, it may establish a resident population in the containers, minimizing the need for reapplications by health officials. The efficacy of the resident roundworms will be assessed through re-applications of mosquito larvae and new assessments of efficacy.

A laboratory helper (Bruna Silva) will be essential to help us collect mosquito eggs/larvae; prepare insect diet for culturing the roundworms; set the experiments and evaluate the results.

The household items (roof water drain; indoor and outdoor floor drains, etc) need to be purchased (10 units each) to reproduce the sites typically infested by mosquito larvae. The efficacy of the biocontrol agent will be assessed in these micro-environments.

The roundworm pathogenic to A. aegypti is cultivated in laboratory-grown honeycomb moth (Galleria mellonela) or mealworm beetle (Tenebrio molitor). Larval stages of these insects are fed with artificial diet and infected with the roundworm. Upon death, the roundworm multiply in the insect cadaver and days later hundreds of thousands emerge to infect new hosts. The diet ingredients are therefore essential to feed the insect and culture the roundworm.

Aedes aegypti is a vector of several important human diseases in Brazil. The study of the mosquito biocontrol through alternative measures as proposed in this research project should be stimulated. 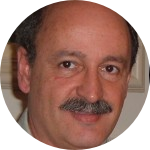 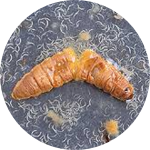 David Shapiro-Ilan
Research Entomologist
Several affiliations
These highly skilled and internationally respected researchers, have discovered in Brazil, natural biocontrol agents that target the worldwide pest and vector, A. aegypti. Among these, Heterorhabditis is demonstated as an effective and marketable biocontrol agent on some other insects; finding and testing newly discovered Heterorhabditis isolates that are naturally cospecific with A. aegypti, as herein proposed, is promising for new approaches to using this agent for biocontrol of A. aegypti. 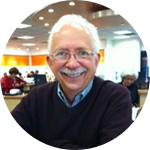 Assess the efficacy of the roundworm against mosquito larvae in indoor settings: different kinds of floor drains, pot saucers, and small water containers.

Assess the efficacy of the roundworm in roof water drains, used tires and containers typically used to save water in households not provided with water from the city.

Prepare publication of the results and, if efficacy of the bioagent is confirmed, seek approval of regulatory agencies for its use in households. 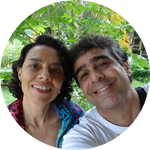 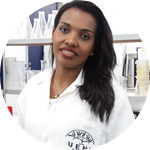 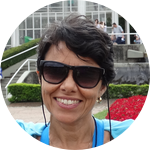 I´m a professor and scientist at UENF, a state university in Brazil. My research focuses on roundworms that are parasitic on plants as well as free-living forms that live in the tropical rain forest.

In the rain forest we`ve studied the ecology of roundworms that live inside bromeliads (1,2,3). With support from Experiment, we´ve applied a roundworm discovered in the rain forest to control de mosquito Aedes aegypti (see the project here ). You can see our laboratory, research team and publications here.

In addition to my university duties, I´ve served for two terms (2013-2019) as the president of the Brazilian Nematological Society, and I´m the founder of the NGO Amigos which campaings for public awareness of kidney diseases and provides multi-professional assistance to kidney patients.

I´m a Biology undergrad student near to get my degree. During my studies at UENF I´ve got involved in studies on roundworms parasites of humans and lately on those parasites of mosquitoes. I intend to pursue a master´s degree conducting the dissertation of entomopathogenic roundworms.

I´ve always worked with roundworms. Recently I discovered their ability to kill insects and I 've been working with them as biocontrol agents of agricultural
and urban pests.
I believe we can lower the adult mosquito population if we focus on the larval stage. So far, our results showed great control, but we still need to check if the agents will survive and infect the mosquito larvae in places where they are normally found.
Roundworms can be a wonderful tool, if we know how to manage them.