Many flying bats carry out two energetically expensive behaviors: wing beat and sonar emission. To economize these behaviors bats use flight muscles to also impose compression on the respiratory tract (RT), forcing air out during sonar emission. We will analyze possible RT adaptations by assessing changes in RT cartilage ring makeup in one day-old bats up to adult bats. Analysis of RT's from bats that cannot yet fly up to flying adults will elucidate the effects of this compression on the RT.

Bats synchronize wing beat and breathing in order to save energy while flying. Echolocating bats also synchronize wing beat and sonar calls to economize high frequency sonar emission. High frequency sonar, along with flight, is energetically expensive. Although flight muscles presumably help in compression of the lungs during flight, compression of the windpipe (primary bronchi and trachea) to the point of collapse would impede sonar emission. Therefore, reinforcement of the bronchial and tracheal rings would increase rigidity and provide increased resistance to the compressive forces imposed by flight muscles. Interestingly, we know that hyaline cartilage (which forms these rings), responds to increased mechanical load with deposition of calcium, thereby increasing cartilage rigidity.

Not only are bats the only flying mammals but many do so at night with limited visual assistance. The sophisticated sonar used by bats has allowed them to invade the night sky and become one of the most successful groups of mammal. Many of the adaptations associated with flight and sonar production are well documented, however, to date there is no analysis of the adaptations of the respiratory tract associated with wing beat and sonar emission synchronization. It has been argued that the energetic cost of high frequency sonar would be too high without the coupling of wing beat to sonar emission. Our study will shed light on adaptations that are vital for the synchronization of wing beat and high frequency sonar emission, allowing bats to exploit nocturnal aerial ecological niches.

Using an already established collection of specimens we will track the development of the respiratory tracts of two species (Artibeus jamaicensis and Carollia perspicillata) from day one postpartum up to adulthood. This will provide data from individuals unable to fly, individuals just learning to fly, and adult flying experts. These two species develop flight at significantly different rates, providing a means for teasing out changes associated with synchronization from changes due to age. We will clear and stain isolated respiratory tracts with Alcian blue and Alizarin red, providing clear discrimination between calcified and non calcified cartilage. This will allow us to describe the pattern of calcification and compare the percent of calcified rings to flight ability.

Specimens from which tissues will be collected for this study are located at the University of Northern Colorado bat lab. Airline tickets, car rental, and hotel will be necessary so that I can spend two days in the UNC bat lab dissecting out the required number of respiratory tracts for the study. The chemicals and stains will be used to make a series of chemical baths that will digest extraneous muscle and soft tissue in order to expose and stain the cartilaginous rings of the trachea and bronchi.

In the event that extra funds are raised above and beyond the $1728 required for the initial analysis of the tracheae and bronchi, we will also perform histological analysis of the tracheal and bronchial rings. Sectioning and staining the rings with hematoxylin and eosin will allow us to detect any changes in the cartilage matrix associated with possible ossification (i.e. formation of bony tissue) due to increased compression from the flight muscles.

I enthusiastically endorse this project, as research conducted by Drs. Carter and Adams has been instrumental in bat evolution and development. The proposed research is a fantastic opportunity to use bat specimens of all age classes to elucidate the ontogenetic relationship between respiratory tract cartilage and wing beat synchronization in two species of bats. The outlined study will utilize methods regularly used by Richard during his Ph.D. and will provide novel and valuable insights into bat development. 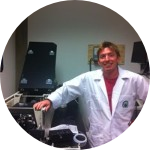 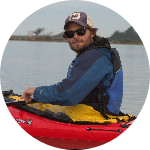 Rick was my adviser during my PhD at the University of Northern Colorado, where I worked on the development and evolution of echolocation. My work at UNC is part of larger project being conducted at the UNC bat lab where development and behavior are used to form hypotheses regarding the evolution of bats. Rick and I still collaborate to this day and have remained productive colleagues and friends.

My interest in bats began during my masters, where I studied the foraging ecology of bats in old growth forest, second growth forest, and pasture land. Data for that study were collected using passive acoustic recording of the echolocation calls of foraging bats. This technique required me to become familiar with the ins and outs of echolocation structure and emission, leading to my eventual fascination with the evolution of sonar and flight.

Currently I teach anatomy and physiology at the University of Dayton while continuing to work on aspects of bat development and evolution. Luckily, my relationship with my PhD adviser (Rick Adams) has remained healthy and we still collaborate on projects today

Rick has been studying bats for decades now and has published widely on various bat topics. These include but are not limited to evolution and development of the bat wing, water use by bats, the effects of climate change on bat populations, and mating calls of African fruit bats.

Currently, Rick is a professor of ecology and evolutionary biology at the University of Northern Colorado (UNC) and PI of the UNC Chiropteran Research Laboratory. His lab studies a wide range of bat related topics, including the evolution and development of flight and sonar, ecology of climate change of Rocky mountain bats, ecological morphology of Rocky mountain bats, ecology of bats in South Africa, and ecology of bats in Sichuan province (China).