Anti-Phospholipid Syndrome (APS) is an autoimmune disease in which certain antibodies cause blood clotting. These antibodies are an important cause of spontaneous miscarriage in women aged 20-50 years. There is no effective treatment for APS. Our project will test whether small peptides we have discovered, can block the activity of these antibodies. Positive results from these experiments will support further development of the peptides as a new therapy for APS.

We were inspired to study APS for 2 reasons. First, it is an autoimmune disease with significant morbidity for which there is currently no effective treatment. Second, from our research in cancer, we knew that certain peptides can be used as carriers, much like a delivery truck, to dispatch cell-killing drugs specifically into the target cells. We were convinced that the white blood cells that produce the APS-causing antibodies can also be targeted by novel peptides. This raised the opportunity to develop a novel therapy for APS, which would eliminate the cause of disease, not just treat symptoms. Now, having discovered two such peptides, we plan to demonstrate that the peptides indeed block the activity of the APS-causing antibodies in the blood samples of patients with APS.

Most autoimmune diseases are the result of complex immune pathology and are currently incurable. APS, however, is caused by a more defined production of certain auto-antibodies that induce blood clotting. This more restricted pathology highlights a rare research opportunity - to develop a targeted therapy which actually targets the source of the disease, in this case the cells that produce the APS antibodies. If successful, this therapy could eventually lead to a cure.

The scientific impact of the current project will be immediate. The data will demonstrate that our peptides indeed inhibit the function of APS antibodies in patients' serum. With these results we will be able to publish the discovery of the peptides and apply for larger budgets to fund more complex pre-clinical research.

The first goal of the project is to demonstrate that our peptides effectively block the binding of APS antibodies in patients' blood to BGLP. This is important as research suggests that APS induction is related to the strength of antibody binding to BGLP.

Clinicians have provided us with de-identified blood samples from patients with APS and age/gender-matched healthy controls. The samples have been tested for levels of APS antibodies. We will first test the samples in our own APS antibody immunoassay and correlate the results with those from the hospital.

We will then use our assay to test if our peptides inhibit the binding of the APS antibodies to BGLP. This will allow statistical correlation of APS binding strength and other clinical parameters to peptide inhibiting capacity.

The requested budget will cover the costs of the most important chemicals and reagents needed to test the ability of the peptides to block the binding of the APS antibodies to their target antigen, a blood protein called beta-2 glycoprotein I (BGLP). The immnunoassay test itself was developed in our laboratory. The peptides also need to be synthesized and this will be outsourced.

Certain antibodies that are involved in Anti-Phospholipid Syndrome (APS) frequently cause blood clotting and spontaneous miscarriage. It is known that β2GLYC is one of the mechanisms of APS and highly correlated with thrombosis. After reviewing the research proposal and the first conclusion of Prof. Firer -- cyclic β2GLYC-binding peptides were isolated (in vitro) that inhibit the binding of anti-β2GLYC antibodies. I recommend continuing this research that will help find a new treatment. 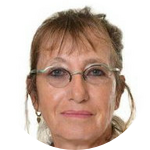 The project should take between 5-8 weeks to complete. This will mainly depend on the delivery time of the peptides and several critical reagents (expected time - up to 5 weeks). For this project, we would prefer these compounds be produced under standard manufacturing conditions rather than in-house. With the compounds and peptides in hand, the testing of APS antibody binding strength, peptide inhibition (3 repeat experiments each) and statistical analyses should take up to 3 weeks.

All peptides and compounds received 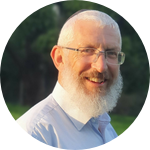 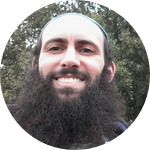 Prof. Firer's lab team currently consists of several graduate (MSc and Ph.D) students. While each student works on their own project, the projects are coordinated into a team effort.

Amit Zamir is the student who discovered the peptides that bind the APS antibodies. Amit is a dedicated young researcher who will work on the current project and test whether the peptides activity function of APS antibodies in patient blood,

Michael Firer received his PhD from Melbourne University, Victoria, Australia studying the immune response in food allergy. After postdoctoral work at the Weizmann Institute of Science in Israel working on
immune regulation of allergic responses, he spent time as an R&D Manager in the biotech industry, returning to academia in 1992, joining a small, vibrant academic college which has since grown to what is now Ariel University. what is now. He is a Full Professor in the Department of Chemical Engineering and Biotechnology (previously Head of the department), Deputy-Dean of the University's Adelson School of Medicine and Director of the Ariel Center for Applied Cancer Research.

Regarding drug delivery, a major problem with cell-killing drugs is that they do not act specifically on just the disease related cells, so their use in the free form results both toxic side effects to healthy cells. Targeted drug delivery systems are particularly interesting because they hold the promise of overcome these two important problems in chemotherapy. Michael's research team is applying peptide-based drug delivery systems for
the treatment of several types of cancer as well as autoimmune diseases, such as APS.

Amit received his BSc from Hadassah College in Jerusalem, majoring in Biotechnology. He then came to Ariel University for his M.Sc studies, where he joined Prof. Firer's lab to research the possibility of isolating peptides that would inhibit the binding activity of anti-beta-2-glycoprotein 1 antibodies in an experimental system. This research was successful and results form the basis of this funding proposal. Currently, Amit is a doctoral student and a lab manager in another laboratory in Ariel University, but will return to carry out the work described in this proposal.

The proposed mechanism of action as to how APS antibodies induce blood clotting is described in Lab Note 1.

In previous research we used a phage display peptide library to isolate several phage that specifically bound commercial, goat anti-human Beta-2-Glycoprotein1 antibodies. The peptides displayed by these phages were identified and synthesized. lab Note 2 shows that several of these peptides completely inhibited the binding of the antibodies to the antigen (Beta-2-Glycoprotein 1). We now plan to test whether these peptides can similarly inhibit the binding of APS from the blood of patients with APS.