In impoverished areas where the strength and facilities of the local government has been exhausted by natural disasters or unforeseen events, shelter is the basic commodity needed to ensure the protection and well-being of impacted families. The purpose of this research is to identify materials that can be used to build shelters. Ultimately, shelters built from these recycled materials would be used in impoverished areas for disaster response.

Recycled materials will include but are not limited too: coal combustion residue, recycled concrete, damaged vegetation, broken glass and local soils.

The ultimate goal of this project is to identify the best materials to design a geopolymer concrete that can be used to make these shelters. The geopolymer concrete will have to accelerate strength development for expedited construction and durable design for service in severe environments.

During times of disaster when families lose their homes shelter is a necessity not only to start the rebuilding process but it also services as a means of security.

Often times people are forced to sacrifice security and health during inclement conditions. When resources are limited and government agencies are taxed, the health and sanctity of its citizens are forsaken, namely shelter.

The importance of this project is answering the need to shelter families during the aftermath of disasters. An answer that is structurally sound, economical and sustainable.

In the past, research conducted by the Materials Scientists and Professional Engineers at Intelligent Concrete on Geopolymer Concrete using recycled materials has focused on ultra-high performance. In order to increase the tensile/flexural strength of concrete, hemp fibers will be integrated into the geopolymer mixture. Hempfibers are unique in that they are a sustainable commodity, when compared to traditional reienforcement materials. The unique aspect of this research will focus on the use of recycled materials to create a Geopolymer concrete for modular home applications that will be cost effective and easy to mass produce.

This project is a great fit for crowd-funding where it is proposed that the ultimate objective of this research and continued research is to develop a modular home that can be used for the general public during times of inclement conditions.

Funding will be used in a two tiered approach:

1. Four rounds of geopolymer mixture design to include fresh and hardened property testing. Once the best combination of materials is designed and a final mixture is chosen based on measured engineering properties, we will enter tier 2.

Donors will be updated monthly on the progress of the Geopolymer mixture.

The budget was designed to encompass the design of the geopolymer concrete through fabrication of two scale models. 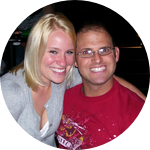 Jon Belkowitz is the Chief Operating Officer of Intelligent Concrete, LLC specializing in Concrete Research, Development and Education with a focus on Nanotechnology. Before forming Intelligent Concrete, LLC, he served in the United States Air Force from 1996 to 2006 specializing in Civil Engineering. His tour of duty introduced Mr. Belkowitz to a wide variety of concrete types and uses which were dependent upon the engineering practices of different host nation forces, developing nations, and disaster repair initiatives. Jon has worked in private testing laboratories on structural engineering proposals and materials development projects to include the application of nanotechnology in concrete. Mr. Belkowitz has worked as a consultant on projects in the United States, India, Turkey, Africa, Italy, and Germany.

Ever since I can remember I have been fascinated by Concrete. It is the most popular construction material in the world and its predecessor has been used for millennia. Everyday I try and save the world and all the concrete in it.

With this project, I intend to do just that - Save the world and all the Concrete in it.

Group Research
- Whitney Belkowitz:
WhitneyLe Belkowitz, an ACI, ASME and ASCE member, is the Vice President and part of the Research and Division of Intelligent Concrete, LLC. She has been working with concrete since 2007. WhitneyLe began her concrete education in the laboratory and continued in field applications, assisting in the testing of fresh and hardened properties, durability, and technical transfer. Her technical research interests include characterization of the concrete composite, manipulation and optimization of cementitious and pozzolanic materials, technologytransfer and concrete and cementitious education. Her research has been funded by the National Science Foundation, the Ready-Mixed Concrete Industry, Private Industry, and the US Army Corp of Engineers. WhitneyLe has also co-authored a number of published articles for: the American Concrete Institute, The National Ready-Mixed Concrete Association, New Mexico Department of Transportation, and Ceramic Industry Magazine. She is currently pursuing her Bachelor's degrees in Chemistry and Biology at Stevens Institute of Technology in Hoboken, New Jersey.

- Paul Bryant, PE:
Paul R. Bryant, P.E. has been a practicing professional engineer since graduating from California State University Fresno in 1983, with a BS in Civil Engineering. He has a Master's Degree in structural engineering from the Air Force Institute of Technology, and was an Assistant Professor of Civil Engineering at the Air Force Academy. He had a career as an Air Force civil engineer, and owned a private structural and geotechnical practice in Colorado Springs for nearly 20 years. After retiring, he spends his summers mountain biking in Colorado, and winters living in Mexico, with Robyn, his wife of 35 years.

- Katie Bartojay, PE:
Katie Bartojay is concrete expert with a B.S. in Civil Engineering from the University of Pittsburgh and her Professional Engineering License in the State of Colorado. Katie has over fifteen years of construction materials experience in the industry. She is a a voting member of multiple American Concrete Institute (ACI) committees and past President of the Rocky Mountain Chapter–ACI. In 2007, she was a featured speaker on the History Channel’s Modern Marvels program “Dams.” Katie has worked as a civil servant since 2005 and in 2011 she was named the Department of Interior's Bureau of Reclamation's Engineer of the Year

- Jane Kelly
Jane Kelly is currently a project consultant with Intelligent Concrete, LLC. She specializes in commercial technical transfer from the lab to the field bringing emerging technologies to the industry enhancing the durability and sustainability of concrete and geopolymers. Jane has spent years in a client relations role and is also the liaison for technical relations and between engineers and the end consumer.