Epstein-Barr virus (EBV) infects 9 out of 10 people and can lead to cancers such as Hodgkin's, Burkitt's, and AIDS-related lymphomas. This project will explore molecular structure in EBV as a potential source of its cancer-causing properties, which are not well understood currently. Additionally, this work will help in the development of new cancer drugs that can target EBV molecular structures.

This project will determine the structures of molecules made by Epstein-Barr virus (EBV) that have important implications to cancer.

EBV causes lifelong infections in more than 9 out of 10 people. In ways that are not yet known infection can increase one's chances of developing cancers such as Hodgkin's, Burkitt's, and AIDS-related lymphomas. During infection the virus "hides" within white blood cells and produces various biological molecules to manipulate cells to maintain infection. It is believed that this manipulation is what increases the risk of cancer.

One type of molecule produced by the virus is ribonucleic acid (RNA). RNA is similar to DNA, but can fold back on itself to form complex 3D structures that can mediate many important biological functions. My previous work at Yale was focused on using powerful computational approaches to identify RNAs likely to form functional structures: this work was recently published in the journals BMC Genomics and RNA Biology.

Of particular interest, I discovered two new EBV RNA molecules that are produced in very high abundance during an especially active type of EBV infection. Both RNAs are predicted to fold into complex structures that I believe are involved in important interactions with host cells. What is required now are data to experimentally determine these structures. This information will allow us to make better hypotheses about the functions of these RNAs. This information will also help in the design of new cancer therapeutics that target (by binding to) RNA structures to inhibit function.

This work has great potential for not only increasing our knowledge of a virus of very high medical importance, but also in the treatment of cancer. EBV-associated cancers are of serious concern globally. EBV is related to a common cancer known as Hodgkin's lymphoma, which disproportionately affects the young (ages 15 - 35) and people in their early middle ages (55+). In the developing world EBV is more commonly associated with another blood cancer known as Burkitt's lymphoma. Sadly, Burkitt's lymphomas occur most commonly in children - indeed, Burkitt's lymphomas are the leading cause of cancer in African children. In immune-compromised adults (e.g. transplant patients, or HIV positive individuals) EBV is also implicated in various other cancers (lymphoproliferative disorders).

This research will experimentally determine the molecular structures of RNA molecules produced by EBV in an especially aggressive type of infection. Knowledge of these structures provides a basis for future studies to better understand their functions and, importantly, in the targeting of these structures with drug molecules. RNA as a therapeutic target is an emerging, cutting-edge field in biomedicine. The functional structures I will determine in EBV will provide excellent candidates for drug targets.

The goal of this project is to perform biochemical structure mapping on EBV RNA structures that have importance to viral infection and cancer. Specifically, I need the requested funding to buy reagents to perform these experiments and to analyze the results.
In this approach I will:

I will focus attention on the new RNAs that I discovered, which I strongly suspect have important roles in cancer.

Stretch Goal: After these structural analyses I will be in a better position to make functional hypotheses regarding these new EBV RNAs. To help determine these possible functions I will perform knockdowns on the EBV RNAs using antisense DNA (small bits of DNA that can bind the RNA and lead to molecular degradation). I will perform high-throughput RNA sequencing (RNA-Seq) comparing untreated EBV-infected cells to EBV RNA-knockdown cells. RNA-Seq will allow me to quantify host gene expression in untreated and knockdowns cells (lacking the EBV RNAs). Changes in expression between the samples will show which host genes are affected by the EBV RNAs and may shed light on the genetic pathways affected by EBV that may give rise to cancer.

The requested funds will be used to purchase reagents and equipment necessary for conducting RNA structure mapping on Epstein-Barr virus RNAs.

Beyond the requested funds for the structure mapping experiments, I've added a "stretch goal" of $10,000. These additional funds would allow me to perform high-throughput RNA sequencing experiments to determine human host genes (implicated in cancer) that are influenced by EBV RNAs.

Walter's scientific ideas are well thought out and practical. Walter is one of the smartest people I know so if he thinks there may be this correlation then I would put my money behind his instincts... that is why I am.

Arthur J. Campbell
Senior Scientist at Major Pharmeceutical Company
Walter Moss worked for many years describing the structure of the influenza genome and how it might be important for critical components of the viral life cycle. This type of work provides the basis for discovering new and innovative therapeutics for important viral diseases. Dr. Moss's current work on EBV, a devastating virus that causes diseases like Burkett's Lymphoma, looks at the structure of the viral transcriptome. The proposed work will undoubtedly break new and important ground in our quest to eradicate viral scourges such as EBV. 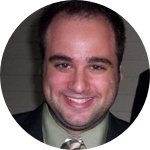 Salvatore F. Priore
Researcher at University of Rochester
Dr. Moss has a unique and solid background in both virus and cancer biology. He also has great passion to reveal the connections between viral infection and cancer, which is very important in order to cure these diseases as well as to understand the fundamental molecular biology behind viral oncogenesis. This proposed project is one of the key steps towards reaching this goal. I have confidence that Dr. Moss will make great strides in this effort, as he is a truly brilliant researcher: smart, passionate, hardworking, persistent, and humble. 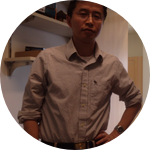 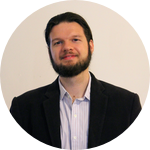 I am currently a post-doctoral researcher in the lab of Prof. Joan A. Steitz at Yale University.

I received my PhD in 2012 from the University of Rochester (Prof. Douglas H. Turner lab). My dissertation was focused on the Discovery and characterization of influenza virus RNA secondary structures. More information about myself, my research and my qualifications (including a full CV and publication list) can be found on my LinkedIn and Wordpress pages.

I am also active on Wikipedia where I work on improving RNA and virus related pages.