Following the discovery of extensive deep-water marine forests made up of rare tropical kelp species in the Galapagos, we will carry out comprehensive community surveys to characterize these communities for the first time. Using innovative ROV methods, we aim to find, survey and sample these mesophotic kelp forests to provide critical baseline data on their distribution and ecology and determine their possible role as deep-water thermal refuges in the Galapagos

Kelp forests are formed by large cold-water brow algae and are among the planet's most productive and diverse marine ecosystems. The Galapagos is home to one of the few known tropical kelp species, but following the 1983 El Nino marine heatwave, they almost entirely disappeared from the archipelago. While piloting the use of small ROVs to survey seamounts in the Galapagos in 2018, I unexpectedly discovered extensive kelp forests at mesophotic depths (-40 to -90m). Could these represent one of the last remaining kelp forests of this region? Or have Galapagos kelps long been thriving in deeper and less explored waters, where it's cooler and enough light reaches, and form productive biodiversity hotspots that could act as thermal refuges?

Little to nothing is currently known about Galapagos kelp communities, thus managers of the Galapagos Marine Reserve (GMR) have no information on hand to support the conservation of this endangered species and ecosystems. Using innovative ROV technology to reach these deep-water habitats, we have the opportunity to produce the crucial baseline datasets on the population structure, biomass, associated biodiversity, and environmental condition under which they exist. We plan to survey them during Galapagos' cold and warm seasons, to evaluate how kelp communities respond to thermal changes and examine their roles as deep-water refuges. We will present these data to the relevant governmental and managerial structures to support their conservation efforts of this endangered kelp species.

This project’s goal is to carry out six field trips to survey two newly discovered kelp forests in the Galapagos during the cold season in August/September 2022. At each site, we plan to undertake ROV stereo-video transects for the assessment of kelp population structure, density and biomass, and record associated species. We will also monitor key environmental conditions by deploying sensors to measure temperature, light and turbidity, and collect water samples for nutrient content analysis. These data, together with those collected in the warm season (March 2023), will enable us to characterize the community structure, productivity and phenology of Galapagos’ mesophotic kelp forests, and evaluate how these respond to thermal changes to elucidate their roles as deep-water refuges.

Boat rental in the isolated Galapagos islands is costly. Thus, a major part of the budget goes towards chartering a local passenger-carrying speed boat for 6 days, which we need to access our two kelp forest study sites. Additionally, we will loan a stereo-video camera system from collaborators in Australia, which we will mount onto the ROV for doing video transect replicates. Using specialized software we can use these video transects to make size measurements of objects observed in the video, which is critical for us to estimate density, biomass and size class assessments of the kelp population and species that live among them (Schramm et al 2020). To support the training of local scientists, we aim to hire local research assistants from Ecuador, who will help with field and lab activities. They will receive training in piloting the ROV, collecting and analyzing data of deep-water habitats. The remaining budget will help us cover key equipment rental and consumables.

In addition to groundbreaking science, Salome is employing the latest technological research tools available. This type of research has been rarely available given the challenge of surveying deep-water habitats, particularly in a remote location such as Galápagos. Her work will provide among the first baseline datasets for critical marine communities found at greater depth, and set a precedent for conducting research on deep-water communities in this region, as well as globally. I could not be more thrilled to endorse and support Salome’s work! 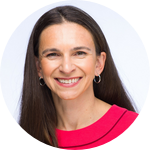 Katy Croff Bell
President
Ocean Discovery League
I am excited to follow the progress of Salome’s project. Her research is both timely and pragmatic: Kelp habitats are important for many species, and globally their population are on a declining trend due to anthropogenic stress to marine environments. Her research will therefore be critical in determining their role in supporting a healthy mesophotic ecosystem now and into the future. Salome’s findings could have tangible impacts on conservation strategies as it would help managers identify and prioritize the protection of kelp habitats. 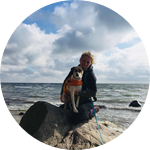 Angela Stevenson
Dr.
GEOMAR
The project will provide not only really interesting findings on Galapagos´ mysterious kelp forest, but more importantly it will inform Galapagos National Park managers, helping them identify and prioritize the protection of kelp and deep-water habitats. This research is both timely and pragmatic given the recent declaration by the Ecuador government at COP26 to significantly expand the boundaries of the Galapagos Marine Reserve 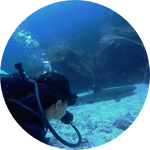 Paulina Sepa
Biologist
Charles Darwin Research Station
This is an ambitious and exciting project from someone uniquely qualified to do the research! There's too little known about the environment of the deeper "mesophotic" zone. Are these kelp forests refuges from climate change? Or potential victims? This work can help answer the question and inform marine management in Galapagos. 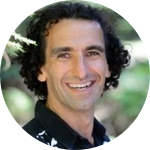 This field study aims to capture kelp forests' condition during Galapagos' cold season, and thus will be carried out between August-September 2022. This will be followed by laboratory analysis of water samples and video transects. By December 2022 we aim to present a report with preliminary findings to the Galapagos National Park. These findings, together with those of the warm season campaign (March 2023) will be used to publish at least one peer-reviewed publication

Share findings: Provide a report of preliminary results and findings to the Galapagos National Park and present it to the local scientific community. 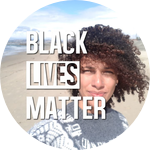 This field study will be completed by a four-person team, including a Park Ranger (assigned by the Galapagos National Park), my PhD supervisor Simon Donner, a local field assistant and myself. Simon and I will be in charge of piloting the ROV, but we will train all team members on flying the ROV and deploying the field equipment. We already have research permits for the team members and proposed field methods in place granted by Galapagos National Park.

I'm 2nd year PhD student at the University of British Columbia, keen to kick off my (pandemic stalled) field study. Following the completion of my MSc in 2016, for which I lead a study on climate change impacts on Trinidad and Tobago's (my motherland) coral reefs, I got hired as a marine researcher at the Charles Darwin Research Station, in the Galapagos (Ecuador). During this time, I assisted several marine research programs (e.g. lobster fisheries management and reef monitoring) but was mostly dedicated to the Seamounts Research Project, which is dedicated to heading studies that seek to characterize deep-water habitats in the Galapagos. Here I gained experience collecting and analyzing deep-sea samples and video datasets and received training in identifying, curating and cataloguing new deep-sea species. Having led and assisted on 12 research expeditions, I have acquired an in-depth understanding of the archipelago’s marine environment and the logistical acumen for coordinating local field-based investigations. In 2018 I was awarded a National Geographic grant to lead a pilot project on the use of small ROVs to explore shallow seamounts. This provided me with first-hand experience piloting ROVs and ultimately the discovery of the kelp forests, which compelled me to pursue a PhD to determine the ecological significance of this finding. My post-PhD career goals are to become a senior researcher or professor leading research programs in Latin America or the Caribbean. As an Afro-Caribbean Latina woman, I also aim to serve as a role model to the youth of today, who rarely see young Black female scientists heading exploratory research on the oceans’ last frontier