The goal of this study is to develop a new technique to detect early stages of deterioration in a part of the brain associated with memory: the hippocampus. A new type of brain scan, the 7-Tesla MRI, allows us to view the hippocampus in detail. We aim to detect the earliest stages of memory change among young people who may be overweight, depressed or at risk for diabetes, in order to identify those who may be at risk for dementia later in life.

Dr. Geoffrey Kerchner, a Neurologist at Stanford, studies the hippocampus of older adults using the 7-Tesla MRI. He compares the shape and size of the hippocampus among older individuals with varying degrees of dementia in order to detect early brain deterioration. He has also identified one particular region of the hippocampus, the SRLM, that shows differences between groups well before the onset of full blown dementia.

Dr. Natalie Rasgon, in Stanford Psychiatry, and Dr. Kerchner will collaborate to test younger patients in order to assess whether SRLM deterioration is visible in hippocampus years or even decades before disease onset. We also hope to identify preventable risk factors that increase risk of dementia later in life, such as high BMI, insulin resistance, and/or depression.

It is estimated that a very high proportion of adults in United States will develop age-related dementia. Finding strategies to understand who is most at risk for dementia, and developing approaches reduce this risk is critically important.

The proposed study addresses this need in two ways: First, by improving our technique for detecting deterioration in the hippocampus using 7-Tesla MRI scans, we hope that we and many other researchers will be able to use this type of imaging in future research focused on risks and potential treatments for dementia.

Secondly, by assessing differences among young people, we may be able to detect which health behaviors lead to greater risk for dementia. This may lead to clinical approaches to reducing risk for dementia well before it sets in.

Our goals are as follows:

2. Conduct a 7-Tesla MRI on each subject using Stanford Hospital's new 7T facility. We will also take metabolic, behavioral and psychological measures on subjects to understand their potential risk factors and their current state of health.

3. Use imaging analysis as well as statistical analysis to assess differences between the insulin resistant and insulin sensitive groups; we may also build a regression model to assess the impact of various health risk factors for dementia.

4. Share the technique and the results with research community.

It is critical that we receive funding for 2 important items:

1. A research assistant. We are fortunate to have access to this new MRI machine, an asset that provides a unique opprortunity. But we need qualified staff to recruit patients, and run the MRI machine.

2. Funding for laboratory tests; in order to assess risks for dementia among people we need to understand their medical status- this requires some metabolic tests, a basic assessment for depression and medical history.

We will conduct the majority of study coordination, data analysis and dissemination of results using donated time. All we request is a small amount of funding to pay our wonderful and well-trained staff and for some lab tests for this pilot study. We are grateful for your consideration and hope to make the most of this groundbreaking opportunity. 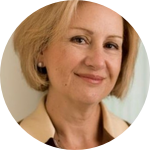 Natalie Rasgon, M.D., Ph.D. is a Professor in the Department
of Psychiatry and Behavioral Sciences and Obstetrics and Gynecology in the Stanford School of Medicine.