Endangered species, like snow leopards and tigers, are hard to identify and track using the time consuming and expensive methods currently available. This project will revolutionize the ability to rapidly identify species by developing an easy-to-use kit to determine the DNA within their remains for the quick and accurate identification of illegally trafficked species, and identifying feces of animals in remote locations; crucial for conservation efforts.

Many rare and shy species are seldom seen in the field, but their presence can be confirmed by identifying their droppings. Monitoring the presence of fecal material in the field can help identify population declines, as well as assess the effectiveness of conservation actions. However, feces and other animal remains are often misidentified, leading to falsely assumed species presence and wasting limited conservation resources. The genetic analysis of animal products, although a useful tool in species ID also has a number of challenges that prevent its widespread application: it is time consuming, success rates are typically low, and costs are too high for large-scale studies or for those countries that do not have access to costly equipment.

Developing a highly portable, easy to use, accurate and inexpensive genetic kit to identify species from their remains is a crucial conservation initiative. Such a device will enable not only scientists to accurately monitor endangered and elusive species in remote environments but local communities and tourists will now also be able to participate in monitoring programs. This means that we could more accurately assess species distribution, population structure and abundance and significantly broaden the monitoring of illegal trafficking in wildlife parts.

Ultimately, the low-cost and usability of the kit will greatly expand the monitoring abilities within developing countries that are often severely limited.

The method will be developed using feces collected from captive snow leopards and tigers, as well as bone and skin samples from museum specimens. We will develop and test a Litmus paper DNA detection approach where reagents are printed directly onto the paper itself (starting in August 2016).

Once developed, the second phase of this study will involve working with the Centre for Molecular Dynamics (CMDN) in Nepal to validate the kit in the field. Capacity building of the CMDN team in Nepal will be an integral part of the project.

Our long term vision is to develop the product for other species of interest, to create training tools such as online resources, a translatable manual for education on the kit, and explore the viability of the kit in community conservation and ecotourism.

Now that I've raised funding for my airfares I've now been blessed with the opportunity to now raise some extra money to test the kit on skins as well as bone which will greatly extend the usefulness of this method in monitoring the illegal trafficking of endangered species.

This is a very exciting concept. A portable, easy-to-use and affordable kit for rapid analysis of genetic samples in the field will be a true innovation. It will save time and money for monitoring of snow leopards and other wild cat species and it will provide real-time data in the fight against the multi-billion dollar illegal wildlife trade. 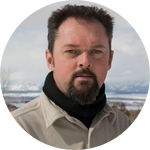 Luke Hunter
President
Panthera
We are proud to support this important initiative and the work of Dr Natalie Schmitt. There may be as few as 3500 snow leopards remaining in the wild and many of these are found across the Himalaya. The AHF is working to protect this endangered species through partnerships with local communities but also through partnerships such as these. The work of Dr Schmitt is critical to the survival of the snow leopard and we fully endorse this important research. 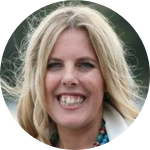 Carolyn Hamer-Smith
General Manager
Australian Himalayan Foundation
We are very excited about the possibility of having a DNA based field test platform to do species identification of various biodiversity samples. This type of testing platform will help us tremendously with our endangered species research, particularly on elusive species like snow leopards and tigers. We would be very happy to work with you in testing and validating the platform you are developing on non-invasive samples, such as scat (feces) to help identify species of our study interest. 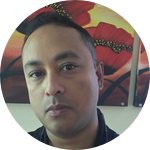 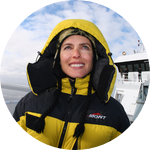 Dr Tom McCarthy is the executive director of the snow leopard program with Panthera and boasts over 20 years experience in big cat research, focusing on new genetic methods by which snow leopards can be monitored over time.

Professor Yinfu Li specializes in the engineering of nucleic acids and biosensors with the Department of Biochemistry and Biomedical Science with McMaster University, and explores the application of this for DNA detection.

I’m a conservation genetic scientist, science presenter and documentary film maker with a strong passion for exploring new genetic techniques to assist in the monitoring of rare and elusive species as well as developing holistic and community-driven solutions to conservation. Through my PhD with the Australian Antarctic Division and involvement in projects on endangered species, I have conducted international collaborative research which has, and will improve our understanding of population structure, animal movement and behavior; providing scientific advice to inform Australia's policy position at the International Whaling Commission (IWC) and assist in the conservation of Australia’s endangered marsupials. As an international science presenter and documentary film maker with Discovery Channel and Storyteller Productions, I have worked in developing countries and have seen the close relationship between poverty and unsustainable practices which have greatly impacted species biodiversity. By empowering people in the right way we can achieve amazing things in conservation. My passion is also in combining art with conservation science to educate and inspire people on the interconnectedness of all things and the importance of conservation work.

13 Lab Notes Posted
For those who have not yet subscribed
Please join my mailing list to stay informed!
$1000 left to raise and 15 days to go!!