The Morrison Formation contains some of the most impressive dinosaurs from the USA, including the large, long-necked sauropods such as Diplodicus. The biology and ecology of sauropods continues to baffle paleontologists as they represent the largest animals to walk the earth. This study aims to help solve these questions through a combination of paleoecology (where they lived/died) and paleopathology (injuries/diseases) through research at the Wyoming Dinosaur Center.

The Morrison Formation represents some of the richest dinosaur fossil beds of North America, including many large death assemblages. The richness of these ecosystems has been well studied, but not the conditions of their death. This includes the reason and time of death, as well as the conditions in which they were buried. We aim to study the harsher side of life in the Morrison by studying the pathologies (injuries/diseases) that plagued its largest residences, the sauropods. We also aim to examine the geology of multiple quarries accessible through the Wyoming Dinosaur Center to access the conditions needed to preserve the large bone beds and to understand the paleoenvironmental conditions of the Morrison.

Geology: While large-scale comparisons have been done for traditional Morrison sites, few studies have focused on Morrison sites this far north. In addition, the Morrison is a complicated and variable unit- detailed studies at the local site level will help to tease apart some of the paleoenvironmental aspects of the Morrison.

Paleontology: Sauropods are known for their large size and all the attributes that go towards powering such an immense animal. However, little is recorded on the injuries/diseases that ailed them (fractures, cancer, etc.). The collection at the Wyoming Dinosaur Center houses a plethora of sauropod material exhibiting numerous pathologies. These can be used to gain a better understanding of the hard-knock life of being a sauropod dinosaur in the Mesozoic Era.

This project offers the unique opportunity to combine two fields of expertise to get a more complete picture of life and death in the Jurassic of Wyoming. To do this, we have split the project into two main goals. The first is to determine the type of depositional conditions present that allowed such a mass of bones to be preserved. The second is to look at the plethora of injuries and diseases that affected the dinosaurs in the area. Through the combination of these two goals, we can fill in a more complete picture of this Morrison Mesozoic Metropolis.

Most of the budget will go towards travel and accommodation expenditures for the week at the Wyoming Dinosaur Center. Other costs will go towards potential CT scanning of pathologies, thin section analyses, and open access costs to make the published papers accessible to the general public.

Study of disease and injury on bone gives insight into lives of individuals; patterns in multiple animals allows inferences about sauropod behavior and lifestyle. Detailed geological study of the sites where sauropod bones are found help to better piece together understanding of habitats these enormous animals frequented. Jennifer Anne was my Master's student at Temple before she went on to her PhD at Manchester, has worked on pathology in many modern and extinct animals, and is uniquely qualified to lead this exciting and timely project. 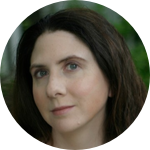 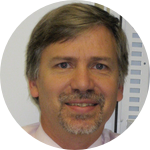 Ted Daeschler
Associate Curator and Professor
Academy of Natural Sciences of Drexel University
With over 100 years of study and outcrops spread across the American west, the Morrison formation has vastly increased our understanding of Jurassic dinosaurs. This project seeks to understand the Morrison and its dinosaurs in a new and fundamental way, by examining a combination of the factors that led to the burial of these Jurassic giants and the injuries that they incurred during life. There is still so much to be learned from this formation and this project will greatly improve our understanding of the dinosaurs that lived there. 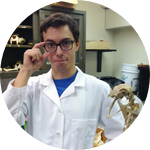 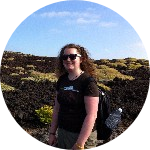 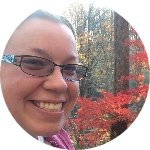 I recently received my PhD in palaeontology at the University of Manchester (UK). I specialize in paleopathology (ancient injuries and diseases) and in using more unconventional techniques such as synchrotrons to tease out the chemistry of bone remodeling and repair. I'm not species-est, having studied everything from manatees to turkey vultures, though I've always had a weakness for dinosaurs. I've worked in museum settings since she was 16, having every job from museum education and exhibit design, to collections management and research. I'm also very active in public programming and outreach and have presented my research to crowds in both the US and UK. When I'm not zapping fossils with X-ray, I'm traveling the world with a good book and playlist in hand.

I have been interested in dinosaurs and paleontology ever since I was a little girl. As I grew, my interest in dinosaurs spread to the rocks surrounding them, and how you can piece together the story from combining one's knowledge of rocks and bones. I started my journey at the University of Pittsburgh, obtaining a B.S. in geology and B.A. in anthropology. I then moved down to Texas Christian University to work on my Masters, where I worked out on the Rosillos Mountain Ranch near Big Bend National Park under Dr. Arthur Busbey. There I worked primarily on geologic mapping and stratigraphy. I am currently a PhD graduate student working at Drexel University under Dr. Ted Daeschler, and will be focusing primarily on the geology in the Morrison Formation.