It has long been thought that the ability to combine words into sentences sets human language apart from the rest of animal communication. However, Asian elephants produce vocalizations that appear to be combinations of other calls. By digitally manipulating recordings of calls and playing them back to wild elephants, I aim to determine whether these call combinations qualify as a form of grammar. If grammar-like elements were found in Asian elephant calls, this would question our assumption that language has only evolved once.

One distinguishing feature of human
language is its ability to communicate an infinite number of messages despite having a finite repertoire of words. Language accomplishes this by recombining words according to grammatical rules. Human language exhibits two basic levels of combinatorial structure: "phonological syntax" and "semantic syntax". Phonological syntax, or the combination of meaningless sounds into meaningful words, has clear analogues in a variety of non-human species (Freeburg and Lucas, 2002; Clarke et al., 2006; Bohn et al., 2013; Briefer et al., 2013). However, semantic syntax, or the combination of meaningful signals into sequences with higher-order meanings, was long thought to be unique to humans. Several monkey species have recently been discovered to combine meaningful calls into sequences with new meanings, suggesting that the rudiments of grammar may have originated before humans and monkeys diverged from our common ancestor (Arnold and Zuberbühler, 2006; Ouattara et al., 2009a; Candiotti, et al., 2012; Cäsar et al., 2013). However, semantic syntax has yet to be discovered in a non-primate (Scott-Phillips and Blythe, 2013).

Elephants are highly social and extremely intelligent animals. They live in societies with complex structures (Wittemyer et al., 2005), maintain unusually large social networks (McComb et al., 2000), and are highly cooperative (Plotnik et al., 2011). One hypothesis for the evolution of human language is that language arose to help humans navigate increasingly complex social interactions, and in particular, to facilitate cooperation (Nowak and Krakauer, 1999). Because both humans and elephants exhibit an unusual degree of social complexity and cooperative behavior, studying the communication system of elephants may yield new insights into the conditions that caused human language to evolve.

Asian elephants (Elephas maximus) produce at least two classes of vocal signals that are potentially relevant to the evolution of semantic syntax: “combination calls” and “squeaks”. Combination calls are composed of two distinct segments, each of which closely resembles a different type of call that is produced alone (de Silva, 2010). Behavioral observations suggest that combination calls may occur in different contexts than the stand-alone calls that they appear to be composed of (de Silva, 2010). Thus, combination calls may qualify as semantic syntax. Squeaks are high-pitched vocalizations that can be produced singly or in sequences of variable length. They are unique to the Asian species of elephant. Although de Silva (2010) classified all squeaks as one call type, I have found preliminary evidence of at least three acoustically distinct subtypes of squeaks, which often occur together in the same sequence. If these putative subtypes have different meanings, squeak sequences may represent a second possible case of semantic syntax in Asian elephants.

The most powerful way to determine the functions of animal vocalizations is to play prerecorded calls back to the animals and observe their responses. While several studies have conducted such playback experiments with African elephants (Langbauer et al., 1989; Langbauer et al., 1991; Poole, 1999; McComb et al., 2000; McComb et al., 2001; McComb et al., 2003; King et al., 2010), this has never been done with Asian elephants. From January to March 2014, I will collect synchronized audio and video recordings of Asian elephants in Uda Walawe National Park, Sri Lanka, and use an array of microphones together with a computer algorithm to individually identify each caller. This will allow me to obtain a large sample of vocalizations from known callers with their associated behavioral contexts. From April to July 2014, I will conduct playback experiments with the elephants to determine whether combination calls and squeak sequences qualify as semantic syntax.

This project has the potential to profoundly alter the way that we think about the evolution of communication in general. Because of its highly combinatorial nature, human language is widely considered to be qualitatively different from all other forms of animal communication (Nowak and Krakauer, 1999; Scott-Phillips and Blythe, 2013). If semantic syntax were discovered in a non-primate species such as Asian elephants, it would suggest that complex combinatorial communication has actually arisen multiple times during the course of evolution, and could challenge the view that human language is a separate phenomenon from the rest of animal communication.

In addition, Asian elephants are an
endangered species, and a better comprehension of their behavior could greatly facilitate their conservation. For example, as their habitat becomes more and more fragmented, wild Asian elephants are coming into more and more contact with humans. The conflict that often results poses a significant threat to both the elephants and the people who live near them. Managers are in need of more cost-effective methods for deterring elephants from areas where they are likely to come into conflict with people. One possible method might be to play back recordings of certain elephant calls that will deter elephants from the sound source. However, it is not currently possible to assess the effectiveness of this method, because we do not know how Asian elephants react to playbacks of Asian elephant calls. My study will be the first to provide us with this basic information.

Furthermore, research suggests that people tend to care most about species that are similar to us in some way (Martín-López et al., 2008). If Asian elephants have grammar-like elements in their calls, this might help generate more public support for the conservation of elephants and their habitat. Conserving elephants will benefit numerous other species as well. Elephants physically alter their habitat in ways that make it more suitable for a variety of other species (Pringle, 2008). They are also important seed dispersers, and many species of trees depend almost exclusively on elephants for their propagation (Campos-Arceiz and Blake, 2011).

Your funds will be used to hire research vehicles for transportation within Uda Walawe National Park, which is the single greatest expense of my project. In order to conduct playback experiments, I must use two vehicles at a time. My field assistants will drive a vehicle carrying a loudspeaker system out of sight of the elephants, and play back recordings from the hidden location. I will remain closer to the elephants in the other vehicle, so that I can observe their responses to the playbacks.

My stretch goal is an additional $2700, for a total of $9600. This would pay for the loudspeakers that I will use for the playback experiments themselves.

Mickey is a wonderfully energetic student whose goal to discover syntax in Asian elephants has the potential to change our understanding of communication in animals. Support his project if you can! 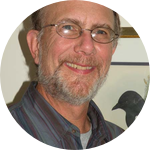 Walt Koenig
Senior Scientist, Cornell University
Michael has all the talent needed to organize and complete this interesting and important project. Understanding communication in Elephants could change the way we view the world. 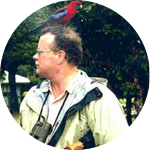 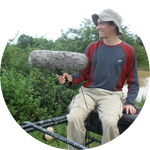 Since a very young age I have been passionate about wild animals and the natural world. I graduated summa cum laude from SUNY-ESF with a BS in environmental biology, and I have experience conducting ecological and behavioral research with a variety of species, from monkeys to toads to toucans. My undergraduate honors thesis examined the way in which gray squirrels signal to one another with their tails, and sparked my interest in animal communication. This interest brought me to Cornell University for my PhD, where I am studying the vocal communication of Asian elephants in Sri Lanka. I feel that we have an obligation to try and reverse the negative impacts that humans have had on other organisms, and I hope that my research on Asian elephant behavior will help inform the conservation of this endangered and poorly understood species. My ultimate goal is to become a faculty member at a university, where I will blend basic animal behavior research with applied conservation work.