Our oceans are full of microplastics with potentially massive impacts on our marine environments. This research focuses on an unsuspected effect: do microplastics influence climate change? Our laboratory results suggest that microplastics may modify the microbial dynamics of carbon and oxygen. We want to further explore it in mesocosms, where large volumes of enclosed seawater can be examined under controlled and simulated conditions, like a “future” plastic ocean.

Marine litter represents a severe global concern. Approximately 80% of marine litter is originally land based and consists largely of plastics. The abundance of microplastics (less than 5 mm in size) is particularly elevated and yet poorly understood, even though it may have major effects on marine environments. We want to focus on an unsuspected impact: do marine microplastics influence climate change? Our first microcosm studies suggest that microplastics may modify microbial carbon dynamics, increasing the production of gases, like carbon dioxide and methane, and increasing oxygen consumption in surface waters.

Plastic pollution may have unseen and unsuspected effects, directly on the marine ecosystem dynamics. Much of the low-density plastic debris derived from human activity remains on the sea-surface. Thus, they are subject to photochemical degradation, to ingestion by small surface phytoplankton, and to microbial colonization and degradation. We believe that these linked processes at the ocean's surface microlayer may influence ocean-atmosphere dynamics in two ways: 1) reducing photosynthetic activity of phytoplankton and related oxygen production and 2) increasing bacterial degradation of organic material stimulated by plastics as a substrate and source of carbon.

Do microplastics modify carbon and oxygen dynamics at the ocean’s surface? We will test this by simulating a “future” plastic ocean in the mesocosm facility at HCMR – Cretacosmos (Greece). We will incubate 6 mesocosms with seawater from the oligotrophic Crete Sea and monitor ecosystem level changes in mesocoms with and without microplastics. We will record biogeochemical parameters, looking at microbial colonization of plastics, at organic matter production, at the effects of photodegradation on the assemblages of organic material-microorganisms-plastics and at the in-situ concentration of gases (methane, carbon dioxide) with newly developed gas sensors.

This summer, we will create a "plastic ocean" in the first mesocosm experiment of its kind. Mesocosms are large incubators (e.g., 5 cubic meters) that allow for testing hypotheses under replicated, controlled and repeatable conditions by manipulating physicochemical parameters of the enclosed seawater. This way, mesocosms provide a link between controlled laboratory experiments and field surveys. Mesocosms have been used to understand ocean acidification, warming, de-oxygenation. For the first time, we will run a mesocosm study to understand the effects of microplastics on seawater biogeochemistry. The experiment will be done at the Cretacosmos facility of the Hellenic Center for Marine Research in Crete, Greece. We have partial funding from the institutes but we need critical support for the analysis of biogeochemical parameters (consumables for 150 samples for organic carbon, nutrients, microbial abundance by flow cytometry).

Luisa and Steven are breaking new ground with this research, the potential impacts of the study is significant. Our understanding of the effects of micro and macroplastics is just beginning, and they have chosen a challenging area that really needs more attention. The carbon and nutrient cycles in the ocean surface are complex. Only very little is known about biochemical effects of the floating plastic debris on the ocean surface processes, but this project will help to understanding what is happening. 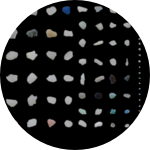 Andrés Cózar Cabañas
Lecturer
University of Cadiz
I am excited to see that this very important area of research is being addressed in this innovative way. Understanding the freshwater to marine microplastics environment and the ecological processes that are impacted by these new pollutants is an emerging challenge. I know Luisa and Steven’s team will bring their experience and energy to conduct the research, and I am sure the results will benefit from the additional analysis that will be met by this Experiment.com funding. 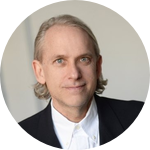 Wade McGillis
Professor
Columbia University - Lamont Doherty Earth Observatory
I’m very pleased to endorse Luisa and this important research project. Microplastics are a growing problem for all aquatic ecosystems and the full extent of their impact is not well understood. At Earthwatch, we believe that people are central to the solution to environmental problems like microplastcs. Luisa and her team's innovative and exciting project - acting locally through citizen science and looking globally into impacts that influence gas exchange across the ocean surface - will bring new understanding of this key environmental issue. 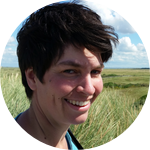 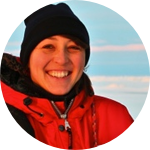 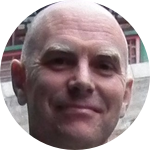 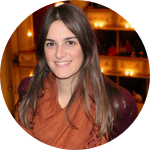 We are a team of people from different nationalities, background and expertise, but with a common interest for science and the goal of understanding the effects of plastic pollution on our marine systems. Our experiment will join together university professors, young researchers, PhD and master students, as well as aspiring scientists from high schools and first year university students.

I am an early career aquatic scientist fascinated by carbon biogeochemistry in aquatic systems under the effects of climate change, switching between freshwater and saltwater, but loving both. I graduated (MSc) in Environmental Chemistry in Siena, Italy, and did my PhD on marine biogeochemistry in Germany, Kiel (GEOMAR and AWI). I have been moving around a bit, Spain (University of Granada and University of Cadiz), Germany and the USA (Scripps Institution of Oceanography) and now I am back in Italy at the same university where I started my studies, with a European fellowship POSEIDOMM. After running laboratory microcosm experiments over the last 6 months, we are looking to test this hypothesis in "future plastic ocean" conditions, to better understand yet unpredicted and unsuspected effects of the plastic problem. Therefore, this crowd-funding would really help us a lot. Besides this research, I lead a parallel outreach and citizen-science project in cooperation with the FreshWater Watch initiative. In the Arno River Basin (Tuscany, Italy), 38 citizens and students volunteers regularly monitor 18 chosen sites for water conditions (nutrients, turbidity) and most importantly, record and remove plastic litter on the shores prior its arrival to the Mediterranean Sea. This way, we hope to estimate the fluxes and origin of major plastic pollutants and better tackle this global problem at its local sources.

I am an Associate Professor at the University of Siena (Italy) and a research manager at Earthwatch Europe. In my career, I have led international research projects on Mediterranean coastal lakes (MEDCODYN), Great Lakes in Africa (ECOTOOLS, EAGLO), wetlands in the Paraná delta (Argentina, Paraguay) and shallow lakes in the Yangtze valley (BioGeoLakes). I helped set up the global FreshWater Watch programme, which brings together more than 25 research institutes and supporting the monitoring and management of 2000 waterbodies on 6 continents. I have also developed a range of analytical and monitoring techniques that combine optical and chemical approaches to manage risks and degradation of aquatic ecosystems. My research on the local, regional and global threats to aquatic ecosystems has led to numerous peer reviewed publications, as well as book chapters and soft publications for the general public.

8 Lab Notes Posted
we didn't make it :(
microplastics in the Arctic Ocean
The microfibers that we'll use

The Cretacosmos facility has 12 mesocosms but we will use 6 of them and maintain ambient conditions. The experiment will start end of May 2017 for approximately 15 days. We are a team of approximately 10 people, from Italy (University of Siena and University of Florence), Greece (HCMR) and Germany (GEOMAR, Kiel) working together to understand this problem. After the experiment, the water of the mesocosms containing microplastics will be filtered and the plastic disposed properly. We will probably use polystyrene as, by recent studies, it has been found in high concentrations at the sea-surface. But we are exploring the possibility of using self-made microfibers.

We would like to thank the artist Russ White for the permission of using his art piece The Great Trash Wave (After Hokusai), screenprint, 2014, as cover image for this experiment. Below you can see the Cretacosmos facility at HCMR. 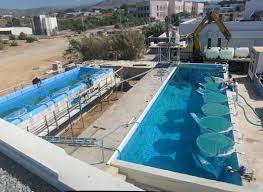