Team-based work is becoming increasingly popular in the workplace. Recent research shows that members of task groups with more females perceive each other as less effective than those with more males, regardless of their performance ability. The present research will examine how a group's gender composition affects group members' evaluations of one another as well as the group as a whole. The research will also see if people feel differently about themselves if they are within specific groups.

The explanations given for success and/or failure play an influential role in future expectations and motivation (Bernard Weiner).

The more females there are in a group, the less competent people feel their group is (even though research shows they perform the same), and the less likely they desire to work with that group in the future (Tessa West et al.).

Gender discrimination in the workplace is a prevalent issue. Biased opinions, based on gender instead of performance, have detrimental affects on women. Women are able, and desire, to pursue careers that have historically been thought of as male-typed. Women are just as successful at these tasks, but are still not able to find prominent places in these atmospheres. Men and women believe that groups with more women are incompetent. If people in groups with more women succeed, yet this success is attributed to unstable factors, such as luck or effort, they are less likely to want to be a part of these groups in the future. Discovering factors that perpetuate gender discrimination can guide the discovery of factors that can help eliminate it.

1. Discover if a group's gender composition changes members explanations for success or failure. Participants will work with an online task-group on a male-typed task. All groups will have five members. Groups will be manipulated to be either female dominant (3 females, 2 males) or male dominant (3 males, 2 females). At the end of the group task, participants will be told their group either failed or succeeded. Scale questions will be asked about attribution factors (ability, effort, task difficulty, luck).

2. Relate this to gender discrimination in the work place and spawn further research on ways to eliminate it.

3. Use this research to complete my masters thesis. 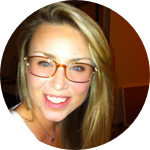 My fascination with gender and social psychology spawned from undergraduate classes on the topics. I realized how little I understood about the concepts, yet how much they impacted behavior. I realized that there are a lot of negative stereotypes that influence women and keep us from pursuing fields we excel in, or even discovering fields that we could excel at. I find myself to be a firm believer in social equality and want to research in order to discover what is going on and how we can eliminate social inequality.

I grew up in Kentucky. I grew up riding/showing horses and trained in ballet until I graduated from the Youth Performing Arts School in 2005. I wanted to pursue dance but found psychology as an undergraduate and have been driven by fascination and curiosity of the topic ever since.