Food abundance, delivery schedules, and other external factors affect animal behavior in zoos, especially species like bears which forage for food most of their day. Therefore, to enhance welfare, animals need to be active in ecologically relevant ways, i.e., ‘work for their food’ .

In this study, we will explore the ‘next steps’ in bear care by examining the effects of adding increasingly complex enrichment, provided to sun bears (Helarctos malayanus) at Oakland Zoo.

All zoos grapple with challenges of keeping captive animals engaged in natural behaviors. The sun bears at Oakland Zoo inhabit one of the largest and most diverse enclosures in the US, and they recieve enrichment throughout the day. That said, bears are among the more challenging of species to keep stimulated (Carlsttead et al. 1991), and sun bears are no exception. Bears are quick learners, and that means enrichment is only "enriching" once or twice before its routine or lost its value (McGowan et al. 2010). Because of sun bears' secretive nature, little is known about natural foraging behaviors. We do know they feed on wood boring insects and fruit, and use both hands and feet to manipulate objects (Te Wong et al. 2004). The devices we make will challenge these foraging behaviors.

Oakland Zoo prioritizes psychological well-being in all animal management, and we see the results of this emphasis in all species. We strive to take enrichment to a high level of challenge to enhance overall well-being. We will create devices that operate at irregular intervals, feature easily changed puzzles, and present increasingly difficult challenges that encourage animals to think and work harder for rewards (Schneider, et al. 2014, Grandia et al. 2014). We will apply data from this project to our work with other animals, including other bear species. We are determined to take our enrichment to an even higher level of challenge to stimulate brain activity and overall health. We know what we learn with this project can be applied to other species.

While this project will produce data benefiting sun bears, we will scale what we learn and apply it to our brown bears, black bears, and other species that rely on foraging for food. Beyond OZ, the data will also benefit other zoos. We will begin as soon as funding is secured. To begin, we will design, test, implement and evaluate two complex foraging tasks for sun bears. We will then administer, observe and record multiple trials with increasing challenges to maximize device design. Our focus is on direct (devise use) and indirect ('activity budget') of these enrichment tasks. When we create an optimal design, we will test and record behavior changes. Finally, we publish and share results for other zoos, animal behaviorists, cognitive scientists, and those with general interest.

With the requested funding, Oakland Zoo and the SSUPER lab will be able to evaluate how two complex enrichment devices influence bear behavior for up to 2-3 weeks per device:

We will collect data using remote cameras to study the Sun bear's behavior 24-hours per day without disturbing the bears.

Safety is a priority since bears are strong, smart, and destructive. Enrichment devises will be designed to be ecologically relevant to bear foraging behaviors and built of sturdy materials that consider the cognitive and physical abilities of Sun bears. To prevent competition, a minimum of three of each devise will be provided for every presentation.

Materials will be purchased from off the shelf, to ensure any zoo or sanctuary can replicate the enrichment devices and project outcomes.

The more money raised, the more complex the enrichment devises can be made! Your generosity is imperative to the success of this project!

Oakland Zoo is making huge strides forward in zoo animal welfare by focusing attention on the psychological well-being of animals, and particularly on how "enrichments" can engage motivated behaviors and offset boredom. This project, led by a strong team of researchers, looks at food-based enrichments designed specifically to engage the foraging behaviors of sun bears will make an important contribution to the zoo animal enrichment conversation. 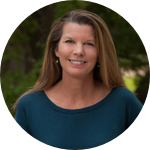 Jessica Pierce
Bioethicist
Center for Bioethics and Humanities, University of Colorado Anschutz Medical School
As we learn more about the complexity of the various species of bears and their wide range of behaviors, it is clear that projects like this, designed to improve the welfare of the animals under human care, are critical. This research team is focusing on a project that will benefit not only Sun bears, but the data will extrapolate across all eight species. Representing an organization dedicated to improving bear care and welfare globally, I am excited about this project. 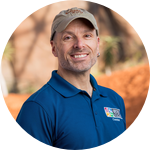 Jay Pratte
President
Bear Care Group
The Oakland Zoo has always put welfare at the forefront of its approaches to animal care. Having been involved with research at this institution in the past, I have first-hand knowledge of how they use evidence to inform best practice and move their animal husbandry forwards. Bears are undoubtedly a challenging species to maintain well in zoos. This project will provide vital information on the best ways to use enrichment to stimulate wild-type activity so these bears can experience positive welfare states and an enhanced quality of life. 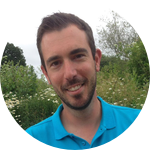 This collaborative research began July 2017 with Masters work looking at optimal foraging patterns in these sun bears. Yasmeen started this second phase for her Master's in September 2018, working with zoo keepers on enrichment design based on current literature on enrichment complexity and sun bear natural history and known behavioral ecology. 8-weeks of treatment trials will be conducted in April/May 2019, with final results expected to be publicized in the latter half of 2020.

We will construct enrichment prototypes, instill remote cameras; and provide backers with photos of enrichment design and construction

We start pre-data collection on generalized activity and behavioral topography of the sun bears as a baseline for enrichment trials; and will test trial-length

Data Analysis, where we will share preliminary results and outcomes with our backers, and begin publication preparation

And finally, provide a final report of findings to the Zoo; Yasmeen will present her thesis; and we'll publish findings in academic and professional publications 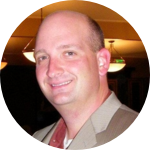 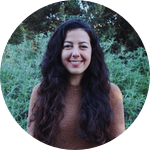 Oakland Zoo and the SSUPER Lab have partnered in student-led research on animal care and welfare at Oakland Zoo since 2014. This partnership has provided research experience to over a dozen graduate and undergraduate students at Sonoma State, and informed and advanced the care of multiple species at Oakland Zoo. The central research focus for this partnership is ‘removing the caretaker from the animal engagement by creating dynamic environments’

Darren Minier has built and managed animal care, behavior management, and welfare programs with a large range of taxa - both captive and free-ranging - in zoos, marine parks, sanctuaries, animal-assisted therapy, and biomedical research facilities both nationally and abroad. He received a Master’s degree from George Mason University and AZA's Zoo and Aquarium Leadership Program, B.S. from the University of California, Davis in Wildlife and Fish Conservation Biology focusing in Behavioral Ecology, and three degrees from the Exotic Animal Training and Management Program at Moorpark College. Mr. Minier is the Assistant Director of Animal Care, Conservation, and Research at the Oakland Zoo, which includes overseeing the Welfare Research program. He is currently working with sanctuaries, zoos, and policy activists to form the Bear Education and Advocacy Resource (BEAR) Alliance, and consults nationwide on the care and welfare of bears in need. He is a board member for the California Wolf Center, and sits on the International Primatological Society's Captive Care Committee, the Animal Behavior Society's Animal Care Committee, and is an animal management and well-being reviewer for the Institute of Museum and Library Services, Journal of Animal Welfare, and Zoo Biology.

Karin Jaffe received her BA in anthropology from UC San Diego and her M.A. and Ph.D. in anthropology from UC Davis. She has been studying captive and wild primates for over 25 years, including sub-specific sociality differences in orangutans at the San Diego Zoo, behavior of mona monkeys on the island of Grenada, and vervet and patas monkey anti-predator behavior in Laikipia, Kenya. She is Professor of Anthropology at Sonoma State University, Research Affiliate at Oakland Zoo, and Director of the Sonoma State University Primate Ethology Research Lab

Yasmeen Ghavamian studied at Sonoma State University (SSU), receiving her B.A. in Biology in May 2018 and M.S. in Biology in May 2020. Ms. Ghavamian has several years of experience working with captive animals, including volunteering at the Animal Resource Center at San Francisco Zoo where she worked hands-on with a variety of mammals, reptiles and birds. As an undergraduate at SSU, Ms. Ghavamian began studying the Malayan sun bears at Oakland Zoo when she joined a previous research project in the SSU Primate Ethology Research Lab. As a master's student, she expanded on her undergraduate work and continued to collaborate with Oakland Zoo by designing a study that implemented complex feeding enrichment devices for the Malayan sun bears. This study was entirely supported by a crowdfunding campaign through Experiment.com/sunbears and is now published in the Journal of Applied Animal Welfare Science. She is currently working on her PhD in Animal Biology at University of California, Davis, as a member of the Animal Behavior and Cognition Lab.

Andrea Dougall began her career in animal care in her early teens as a volunteer at the Animal Resource Center at the San Francisco Zoo. After receiving a BS in Biological Sciences from the University of California Santa Barbara, she began working towards getting into the profession of animal care where she has now worked for 15 years, 13 of which have been at Oakland Zoo. In addition to her experience at Oakland Zoo, she has been an animal care volunteer at the Marine Mammal Center in Sausalito, CA, the largest marine mammal hospital in the world, for over 13 years. Additionally she spent several years volunteering in the field with the River Otter Ecology Project working to get the first real glimpse at the North American river otter population in the San Francisco Bay Area in decades. She currently manages a diverse section of the zoo that includes primates, carnivores (including the sun bears), marsupials, birds, reptiles, and amphibians.