Interest into the evolution of empathy in non-humans has recently sparked a series of experiments exploring helping behavior in animals, including rats. My Ph.D. dissertation research is designed to further our understanding of this ability.

Previously, rats have been found to display empathy by opening the door of a restrainer housing a distressed cage-mate: the study proposed here will investigate whether less empathy is displayed when it is costly to help others.

Empathy is the ability to share, be affected by, & understand the emotions of others & consists of various emotional responses ranging from simple emotional contagion, where one matches the emotions of another, to more complex, empathetic perspective-taking, where an individual puts themselves in the place of another, understanding where they are coming from.

To better understand the evolution of these complex forms of empathy, researchers, including me, have been investigating empathetic abilities in rats & found that they will open the door of a restrainer to release a distressed cage-mate, & will do so in other contexts as well (my own work included (unpublished)); but, further research is needed to understand the limitations & underlying motivations of such prosocial behavior.

At the most general level, the work outlined here will:

1. Allow us to better understand the evolution of empathy

2. Provide insight into the contexts that elicit an empathetic response

4. Set the stage for translational studies in which work from animal behavior is used to reduce human antisocial behavior

5. Help us better understand disorders marked by a lack of empathy, like Autism Spectrum Disorder & Narcissistic Personality Disorder. Empathy in nonhumans allows us to manipulate & test levels of neurotransmitters & hormones, as well as investigate brain activity in regions that facilitate empathetic behavior, in ways that may be unethical or impractical in human studies

The experiments detailed here aim to further our understanding of empathetic capabilities in other animals by determining if witnessing a distressed cage-mate will illicit empathetic perspective-taking and facilitate helping behavior when some risk is involved.

Specifically, we aim to determine if the empathetic response of rats is tempered when it is costly to employ. If rats continue to open the restrainer door to release their trapped cage-mate even when a cost is associated, it suggests that the motivation to alleviate the distress of a trapped cage-mate is a powerful one. Future studies could examine the neural and hormonal components of empathy, as well as set the stage for comparative work on the costs and benefits of empathy in many different animals.

Our lab already has the arena, the restrainers, the video camcorders & ultrasonic microphone needed to conduct the experiment, all we are missing are the rats for this new experiment!

We order Sprague-Dawley rats from a reputable breeding colony lab where the cost of 30 females & 30 males, plus the cost of the freight, crates and transfer, is $3,2225.40.

- 14 days for rats to establish familiarity with cage-mate; 14 days for handling, habituation and training to open restrainer door; 14 days for experimental trials.

Every additional $170 we raise over our intended budget allows us to purchase and provide care for two more rats, thus increasing our sample size!!

Caroline is a Ph.D. student in my laboratory. I wholeheartedly endorse this important project on empathy in nonhumans. It is pathbreaking work that straddles both biology and psychology. Caroline is eminently qualified to do the work outlined here, which is a natural follow-up to her earlier studies in this system. 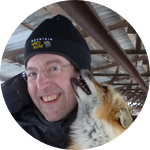 Experimental trials will begin mid-April 2021 & are projected to finish by the end of October 2021. Note: all 60 rats are not ordered at once, ordered in groups of 10.

Next, I will run audio recordings through the software DeepSqueak to detect all distress calls. Video footage will be uploaded to a tracking software to measure free rats' activity levels, time spent in close proximity to restrainer & time spent in escape area vs. in arena.

From there the statistical analysis can begin!

Completion of all experimental trials 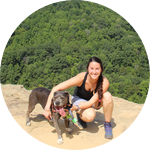 Caroline is currently in the third year of her Ph.D. program in the Biology Department at the University of Louisville. She received her B.S. in biology from the University of South Carolina in 2013 and her M.S. in biology from Winthrop University in 2017. She has previously worked as a wildlife rehabilitation intern, a veterinary assistant at an emergency animal hospital, taught introduction to biology as an adjunct professor and has studied both American flamingos and African elephants in captive environments.

Caroline has always had a passion for other animals and a profound interest in empathy. How could a seemingly other-oriented characteristic evolve and persist? Under her PI, Dr. Lee Dugatkin, her dissertation research investigates the evolution of empathy in non-human animals.

If the free rat liberates their trapped cage-mate despite the associated cost and the option to leave, it would provide evidence that rats engage in costly helping behavior. However, if, on average, free rats chose to escape, it would provide evidence that helping behavior is context-dependent and suggests that rats utilize a cost-benefit analysis before engaging in prosocial behavior.