Pairs of rats will be housed together for two weeks to establish familiarity followed by a week of handling and habituation. Within pairs, boldness measures will determine their roles during trials (“trapped” vs “free” rat). Free rats will be trained to open the door of a rodent restrainer (figure 1) before trials to diminish potential occurrences of “accidental openings” due to exploratory behavior, while also reducing incidences where rats’ failed attempts at door-opening are interpreted as lacking an empathetic response.

Free rats will be exposed to eight trials, each lasting 30 minutes and occurring in a Plexiglas arena (figure 2). One end of the arena will contain the Plexiglas rodent restrainer confining the trapped rat to induce distress. The free rat will begin each trial at the other end of the arena where an option to escape will be presented. Rats are averse to being submerged in water,  thus the middle of the arena will contain a tub of water 45 mm deep separating the free rat and the restrainer, serving as the cost associated with helping their cage-mate. The escape alternative serves as a refuge for the free rat where the distress cues of the trapped cage-mate are greatly diminished. Free rats will be introduced to the experimental arena under one of the following conditions (N=14): (1) trapped cage-mate separated by water barrier, (2) trapped cage-mate and no water barrier, and (3) empty restrainer separated by water barrier to serve as control. Comparisons will determine potential differences in helping behavior when a cost is associated. 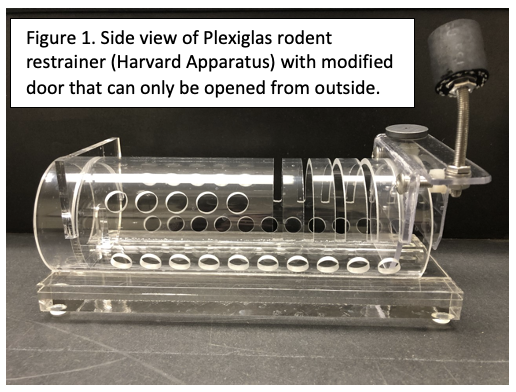 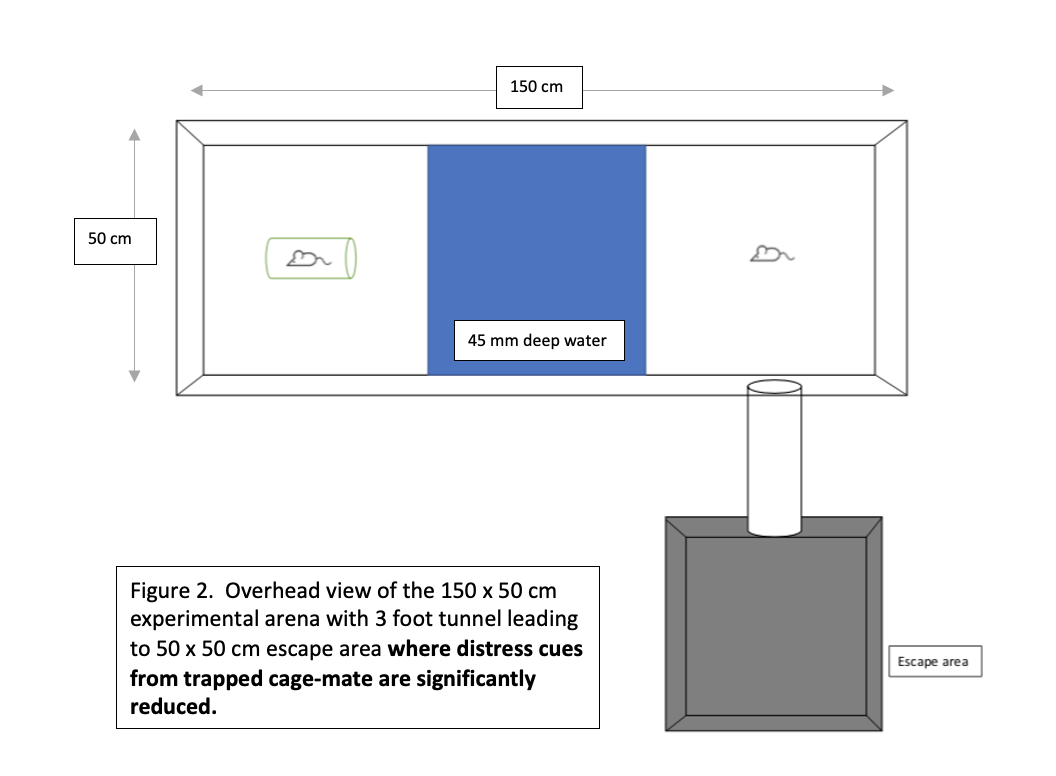