The Florida manatee is a coastal marine mammal, endemic to the southeastern US. It is listed as an endangered species by federal and state agencies, and the subject of active conservation efforts. Despite ongoing conservation concern, no reliable estimates of population size exist for any region of the species’ range. We aim to estimate manatee abundance, group size, and detection probability using repeated helicopter surveys, corrected by statistical models to account for imperfect detection.

The Florida manatee is a coastal marine mammal, a subspecies of the West Indian manatee endemic to the southeastern United States. It is currently listed as an endangered species by federal and state agencies, and hence is the subject of active conservation in this region. The species faces a number of threats, including entanglement with fishing gear, loss of warm-water refugia during winter, injury by water control structures, and most acutely, collisions with watercraft. Despite ongoing conservation concern, no reliable estimates of population size exist for any region of the species’ range. The development of statistically robust estimators for the Florida manatee is seen as an important component for assessing the recovery of the species, and is an active area of current research.

Current practice for monitoring the manatee population uses uncorrected counts taken during simultaneous large-scale aerial surveys in winter. These synoptic surveys are restricted to a small number of sites at which animals are known to aggregate during cold periods. The issues with using simple counts as an estimate of population size are well-documented, and preclude their continued use as a monitoring tool. Primary among these issues is that counts of marine mammals are biased by incomplete and heterogeneous detection. Incomplete detection can occur when observers fail to perceive animals, or when animals are subsurface and unavailable to be observed. Heterogeneity in detection may create the illusion of population trends where none actually exist or mask actual population trends.

My budget will allow me to travel to Brunswick, GA to collaborate with scientists in the Georgia Department of Natural Resources, who have been collecting the helicopter survey data. The bulk of the budget will be devoted to the work required to complete the statistical analysis of the data, including computing time on Amazon Web Services to run the statistical models. The final piece of the budget will pay for the publication of a manuscript to an online, open-access journal so that the outcomes of the research are available to the general public.

The project proposed by Dr. Fonnesbeck and Clay George is key to understand shifts in distribution of the endangered Florida manatee that may be associated with climate change. Their proposed approach would account for important sources of error. These scientists are uniquely qualified to address this problem. Dr. Fonnesbeck is an outstanding biostatistician and ecologist with extensive knowledge of wildlife biology marine mammal biology. Clay George is an experienced marine mammal biologist with extensive knowledge about manatees. 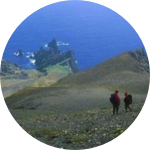 Julien Martin
Research Wildlife Biologist
USGS Wetlands and Aquatic Research Center, Gainesville, FL
Dr. Fonnesbeck has been working for years to address issues related to estimating population size of Florida manatees. His work greatly enhanced our ability to monitor manatee populations, and his estimates are currently being used by the U.S. Fish and Wildlife Service. This research is timely, and will help scientist and managers better gauge changes to the manatee population in the future. 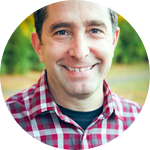 This work is a collaboration with Clay George of the Georgia Department of Natural Resources. Clay is a Marine Mammal Biologist for the Georgia DNR's Nongame Conservation Section, where he leads marine mammal research and monitoring efforts.

Chris Fonnesbeck is an Assistant Professor in the Department of Biostatistics at Vanderbilt University. He specializes in computational statistics, Bayesian methods, meta-analysis, and applied decision analysis. He originally hails from Vancouver, BC and received a Ph.D. in wildlife biometrics from the University of Georgia.