This study will document locations of 7 monkey species in un-surveyed areas across Bioko Island, Equatorial Guinea, and determine how hunting is affecting their overall distribution and relative densities. A growing commercial demand for bushmeat has greatly threatened the viability of their populations.

Increased knowledge of the locations of these monkeys are needed for the wildlife authority to make conservation management decisions on some of its most vulnerable species to gun-hunting.

The Island of Bioko in Equatorial Guinea retains relatively intact forest recognized as a biodiversity hotspot. It is home to 7 diurnal monkey species that are all threatened by extinction and frequently documented within the Island’s bushmeat market. Despite minimal deforestation, the unsustainable bushmeat demand driven by wealthy families is greatly accelerating this threat of extinction. In 2007, a presidential decree banned hunting monkey, but a lack of enforcement caused an influx of monkey carcasses in the market.

The Bioko Biodiversity Protection Program , a community organization, has successfully detered hunting through monitoring, research, and education. My proposal will build off their capacity and provide support for their survey efforts of monkeys across Bioko.

Assessing primate species distribution and abundance in response to hunting is essential to understand the impacts of hunting pressure. This study intends to expand surveys to areas of the reserve that have never been surveyed before. The possibility that populations of Red Colobus monkey may exist in these areas would carry a large significance since this monkey is considered one of the most globally endangered primates.

This study is especially important as, with this data, the wildlife authority can make evidence-based decisions on the implementation of conservation management. Equatorial Guinea has minimal resources available to manage and conserve Bioko’s protected areas, thus it is critical that data-based decisions are made to best deploy its resources for maximum effect.

This project aims to refine the existing locations of Bioko's monkeys by assessing regions of un and under-surveyed habitat. The objectives of this research are to 1) conduct primate surveys across multiple sites in Bioko’s Gran Caldera Scientific Reserve; 2) quantify hunting levels by enumerating hunting-sign encounters along transects 3) test assumptions of previous survey data from core protected areas, 4) disseminate results to the wildlife authority, El Instituto de Desarollo Forestal y Areas Protegidas, to inform recommendations for priority protection zones based on Bioko’s highly endangered species. The proposed project will improve knowledge of Red Colobus and other primate populations as well as the overall conservation for Bioko's bio-diverse forests.

The Gran Caldera Scientific Reserve is a remote pristine forested area of Bioko island with a rugged landscape and volcanic peaks rising up to 3000m. The terrain is rocky and difficult to transverse, therefore local hired personnel are needed to help carry food and field equipment while conducting monkey surveys. These monkeys are hunted for food and will flee as soon as the research team is spotted, therefore, additional trained eyes and ears to spot, identify species and record demographic information is essential to the success of these surveys.

Both salaries and food are based off typical standard and fair Equatoguinean prices. Surveys will be conducted 10 days at a time with a total of 30 days spent in the field. Local guides are given a standard wage of $28 a day. Price estimates to cover 3 meals a day in the field is 10$ per person

Housing, when not conducting surveys, and required field equipment to collect data will be provided by Bioko Biodiversity Protection Program.

Sophia's project will provide valuable data for understanding the impact of bushmeat hunting on monkey distributions in a biodiversity hotspot. Sophia is a 2nd year Masters student in our program at Columbia and will be working on this project with key local community groups and international conservation organizations. The insights provided by her research will therefore be useful in on-the-ground conservation and planning for these threatened monkeys. 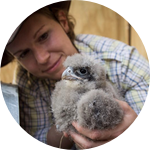 Sara Kross, PhD
Director of the Masters Program
Columbia University, Department of Ecology, Evolution and Environmental Biology
Sophia's project is really interesting and will lead to valuable data for conservation on the interactions between humans and wildlife. I'm a fellow student with Sophia and have learned about the way she works through taking courses together. She's a thorough and creative worker and sincerely cares about the local community on Bioko island. This project is important and challenging, and you won't regret helping Sophia achieve it as she works toward being a leader in the field. 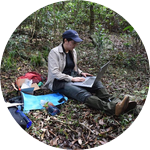 I will be arriving in Equatorial Guinea on October 21. The bulk of surveys will be conducted in November and December. After each 10 day stint, I will send updates with pictures and videos. While not in the field, I will be conducting conservation patrols and primate censuses near camps with other staff and researchers to achieve monthly objectives for BBPP. On my return home in mid January, I will send out a preliminary report of the survey results to all my funding backers and friends.

Travel to Equatorial Guinea and the Gran Caldera Scientific Reserve

Begin Field Surveys, We will camp overnight during 10 day periods.

Send updates with videos of base camp life, sweaty bug bitten selfies, and other exciting news from the field!

Fly back to the States :(

Send out a preliminary summary of our survey results to all my wonderful supporters! 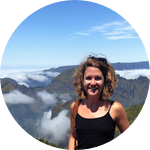 Hi I am a conservation biologist! Ever since I can remember, I have been fascinated by the natural world. I started my scientific curiosities collecting dead cicadas to keep as specimens and observe under my kid-microscope. My adventures and studies have now taken me to the tropical forests of Equatorial Guinea where I am exploring how human hunting pressure is endangering populations of endemic monkey species.

6 Lab Notes Posted
7% of the entire island of Bioko...!
Field work was a HUGE success!
Meet the field team

This project will support a major priority of the Red Colobus action plan (www.piliocolobus.org) to improve local, national and international conservation awareness by expanding assessments of its distribution.

Monkey meat and much of the bushmeat on Bioko Island is not seen as an essential source of protein for low income families since alternative cheaper options are available and accessible.