In 2005, our lab uncovered one of the most pervasive genetic mutations on SLC24A5, the contributor to the light skin color of Europeans. When compared to Africans, Europeans are 10-20 times more susceptible to the deadliest form of skin cancer—melanoma. Despite their similarly light skin color, East Asians have melanoma incidences similar to Africans. To understand this difference our project will identify the East Asian light skin color genes.

In 2009, Dr. Khai Chung Ang collected 500 samples from the Senoi subtribe of the Orang Asli, the indigenous population of Malaysia. Their ancestry is East Asian and West African, with minimal European contribution (meaning that they don’t carry the European skin lightening genes). This makes them ideal for identifying the primary East Asian light skin color genes. However, in order to be sure we’ve identified the ancient mutations we’re looking for, as opposed to recent and/or regionally localized ones, we need to do similar analysis with another indigenous tribe, with an identical ancestry, that has settled on a separate continent.

Current project. The proposed study involves collecting samples from the Kalinago, the indigenous population of Dominica. The Kalinago’s genetic background is identical to the Senoi: they carry Amerindian* and West African ancestry. The only difference is their location.

*Note: The Amerindians’ (Native Americans) ancestors migrated from East Asia, across the Bering Strait, and populated the Americas; thus, their ancestry is East Asian.

1. Data Collection. Our primary aim is to complete fieldwork in the Kalinago Territory (Dominica), where we will collect DNA and skin color measurements using a spectrometer to scan the skin color of the upper inner arm (where there is minimal sun exposure). We need to collect at least 500 samples, focusing our efforts on large families, which will provide the greatest insight into genetic variation. We will verify ancestral data and other key genetic information using a detailed questionnaire.

2. Identification of candidate genes. Samples collected will be analyzed for European skin-lightening genes. Once the absence of these genes is confirmed, the samples that correlate with the lightest and darkest individuals (plotted on a skin color spectrum) will be selected for sequencing and bioinformatic analysis. The lightest samples will have the East Asian light skin color genes, while the darkest samples will have the ancestral genes. Comparison using the genes of both selected groups will provide possible candidates for the East Asian light skin color genes.

3. Understanding the biological role of candidate genes. Once candidate genes have been identified, we will test them using zebrafish, a model research organism, to survey the effects on pigmentation.

Studying populations with specifically East Asian/Amerindian and West African ancestry will help us to identify the FIRST genetic change that made them lighter than Africans (the initial, ancestral genetic state of all humans). Since we are screening samples for European admixture, any genetic changes that cause them to be lighter-skinned than Africans will be due to the East Asian light skin color genes.

Funding is requested only to complete Goal 1. Data Collection.

Background. The genetic basis of skin color across global populations is an
age-old mystery. The dark skin of African populations, the ancestral state in humans, is protective in regions with high solar UV exposure. In contrast, the light skin of Europeans has a selective advantage in northerly latitudes due to higher sun-dependent generation of vitamin D. European skin is associated with a 10-20 fold increased risk of melanoma, (the deadliest form of skin cancer). Surprisingly, East Asians, although light-skinned, have very low risk of melanoma: their rates of disease are comparable to Africans. In addition, they do not carry the pervasive European light skin color genes (SLC24A5 & SLC45A2), which means that they must carry a genetic variation that functions similarly. We want to identify the East Asian light skin color genes through studying populations with a combination of the ancestral genes (African) and the PRIMARY (first) East Asian light skin color genes, which will most likely be found in Indigenous populations originally from East Asia.

1. Understanding melanoma susceptibility and prevention. For
Europeans, melanoma susceptibility is related specifically to lesser melanin in the skin; however, it is yet unclear how East Asians, with similarly lesser melanin, are protected from melanoma. Comparing the pathways of the European light skin color genes vs. the East Asian equivalent will allow us to understand the functional differences in the genes’ abilities to protect from melanoma.

2. Completing the global story of human skin color. Finding the genetic changes that produce the light skin of East Asians will help us to understand the genetic basis of variation in human skin color across global populations. Time is crucial now to collect these samples before these populations become too genetically admixed: as the world becomes more globalized, it is harder to find populations with the specific, preserved ancestries that meet our criteria.

Funds will cover travel for two researchers to Dominica, including airfare, accommodation, car rental, food and other incidentals while on-site. The funds will also be used to compensate local nurses who assist with sampling and provide wellness checks for study participants. The nurses will be working overtime to assist us: either helping us early in their morning, before their normal shifts, and/or in the evening, after their shifts. Because we need extended family samples, we need to visit families at times when all members will most likely be present, either early in the morning or at night.

Your support will enable us to collect these crucial samples and to process the necessary preliminary data to apply for future NIH funding. Any amount you can donate is greatly appreciated.

Your donation is tax-deductible because our lab is part of The Jake Gittlen Memorial Golf Tournament.

The official registration and financial information of The Jake Gittlen Memorial Golf Tournament may be obtained from the Pennsylvania Department of State by calling toll-free within Pennsylvania 1-800-732-0999. Registration does not imply endorsement.

Your donation will fund our 2 months of fieldwork in Dominica. It will cover a variety of necessary expenses: accommodation, air travel (to and from Dominica), car rental (for transport within Dominica), sustenance (food and water), gasoline, incidentals (e.g.: document photocopies, cell phone sim cards/plans, internet, etc.) and compensation for field nurses assisting our research team in data collection and minor health checks for study participants.

Your donation is tax-deductible because our lab is part of The Jake Gittlen Memorial Golf Tournament. Any amount you donated are greatly appreciated.

The official registration and financial information of The Jake Gittlen Memorial Golf Tournament may be obtained from the Pennsylvania Department of State by calling toll-free within Pennsylvania 1-800-732-0999. Registration does not imply endorsement. 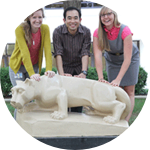 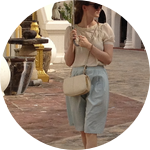 I have been working with native populations for the last 10 years. I spent 6 years during my graduate studies building trust and developing mutual respect with the Orang Asli. This relationship allowed me to collect human DNA and phenotypic data from them and bring it to the States for analysis. I have spent the last year building a relationship with the Kalinago from Dominica.

In the past I have researched, visited, and lived among other native populations such as the Mokens in Thailand, Batak in Indonesia, and the Iban from Borneo.

Khai Chung Ang joined the Cheng lab in 2009 as a postdoc. After earning his B.Sc. (Bio) in 2003, he began graduate school researching the “Molecular Phylogenetics of the Orang Asli in Malaysia,” which is the first genetics study among the Malaysian aboriginal populations. In 2009, he earned his Ph.D. in Genetics from Universiti Kebangsaan Malaysia, Malaysia. Combining anthropology and genetics, Khai Chung researches human migration, adaptation, and pigmentation for the East Asian skin color project (EASCoP).

Katherine joined the Cheng Lab in 2011 to collaboratively write grants and research papers with the international postdocs and the PI (Keith Cheng). Later that year, she began to focus almost solely on assisting with data collection for the East Asian skin color project (EASCoP) with Dr. Khai Chung Ang. She is currently fundraising to travel to Dominica and collect human DNA samples to complete the project: Exploring an age-old question: can we demystify skin color? On the way to visit one of the shut-ins in Kalinago Territory, Dominica. (June 2013) Katherine Reid and Khai C. Ang with one of the Kalinago families. (March 2013)