The harvestmen diversity in many places of the Atlantic Forest - one of the 25 biodiversity hotspots in the world- is little known. Inventorying species from a particular location is the first step in mapping conservation strategies. It is important to know the harvestmen diversity, considering that these organisms are excellent environmental indicators, they have high rates of endemism in the Atlantic Forest and are good models for biogeographical and behavioral studies

This project is part of my doctoral thesis entitled: "Biogeography of harvestmen in the Atlantic Forest: diversity patterns". Knowing the diversity and distribution patterns of the species of harvestmen can provide important information for biogeography and help to understand the history of the Brazilian Atlantic Forest. The Opiliones have low dispersion capacity and difficulty to colonize new environments. In the Atlantic Rainforest, harvestmen have high rates of endemism and are restricted to habitats with high humidity. It is necessary to investigate the historical processes as well as environmental gradients that strongly affected the harvestmen fauna.

This project will contribute to the increase of knowledge about the harvestmen of the brazilian Atlantic Forest, as well as the ecology of the group and historical factors that have affected the distribution of these organisms. In addition, for the realization of biogeographic studies, the concept of areas of endemism is considered one of the fundamental questions. Delimiting these areas in biogeographic studies is important, as these are the basis for the proposal of several historical hypotheses, as well as being strategic locations for the proposal of priority areas for conservation. Therefore, this project will provide subsidies for conservation actions in the biome.

1. To inventory the harvestmen of the Brazilian Atlantic Forest and quantify the beta-diversity among the sites.

2. To compare the richness and diversity of harvestmen between the areas sampled along the gradient.

3. Relate the patterns observed with climatic and geographical variables.

4. To analyze the beta-diversity patterns (turnover, nestedness) of harvestmen in a gradient in the Atlantic Forest.

5. To verify if the general patterns of distribution conform to historical-ecological hypotheses.

6. To verify if the location of the sites studied in relation to the areas of endemism has effects on the diversity patterns.

7. To verify if there are areas of endemism for harvestmen not yet defined

The items will help us make one of the expeditions needed to complete my project. The harvestmen will be collected in 2 Atlantic Forest remanescents ("PARNA do Descobrimento e PARNA do Monte Pascoal") localized at the southern Bahia (Brazil)

I support this project because it can help to identify priority areas to conservation in the Brazilian Atlantic Forest, Which is a biome that is suffering from various threats. In addition, harvestmen are awesome and excellent environmental indicators!!! 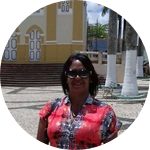 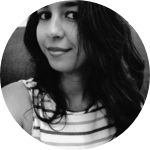 Master in Ecology and Biomonitoring by Federal University of Bahia, Brazil.

Doctorate student in Ecology by Federal University of Bahia, Brazil. The aim of my research is to understand the historical and ecological factors that influence the diversity patterns of harvestmen (Arachnida: Opiliones) in the Atlantic Rainforest.