I'm studying an important medicinal plant in the citrus family, commonly known as Jaborandi(Pilocarpus). Compounds from the leaves of this plant are used medicinally for glaucoma as well as to induce sweating, salivation, and urination. Sequencing the full genome across multiple populations will be a very important resource and will advance progress toward a better understanding of the biosynthesis of compounds in this genus as well as the population structure, aiding in conservation.

Jaborandi (Pilocarpus) is used in modern medicine and by indigenous groups in Brazil (Pinheiro 2002). During my 3 months of fieldwork in Brazil, I was very intrigued by one particular species of Jaborandi known as Pilocarpus pennatifolius. This species has the largest latitudinal gradient in the genus, which means that it faces the largest number of environmental pressures. It also contains the largest number of Alkaloid compounds (Sawaya et al 2011). So far, examination of chemical compound data from 8 populations has shown a variation in chemistry. A better understanding of the population structure and genetic diversity, through whole genome sequencing of the 8 populations, could help future studies on this important medicinal plant.

Many species of Jaborandi are threatened with extinction in the wild because they have been over-harvested, leading to declines in wild populations. Plants analyzed in the wild have greater amounts of compounds than those grown in the greenhouse or in fields. Laboratory synthesis of compounds is expensive, so it is still extracted from leaf tissue today. The biosynthetic pathway for these compounds has not been determined, but it appears that there could be multiple paths that are influenced by living/non-living pressures (Abreu 2005). A better understanding of the genetic diversity present both within and among populations, would help future projects verify the biochemical pathway, discover factors for greater yield, and help conservation efforts.

The goal of this project is to advance research on this important medicinal plant by providing a sequenced genome. Leaf tissue has already been collected from 8 different populations in Brazil on February 2016, and DNA has been extracted. Funding requested now will help with the next steps of this project over the winter 2016, including the DNA library preparation and whole-genome sequencing. This high-throughput DNA sequencing is possible with the Illumina HiSeq 2500 followed by Contig assembly of the genome to analyze the genetic diversity and evolutionary relationships across the geographic distribution of this species. This sequenced genome will be a foundation for studies looking at compound yields and will help to conserve species in the wild.

These funds are essential for the completion of the whole genome sequencing of Pilocarpus. I have already completed the DNA extractions from the leaf tissue I collected in Brazil. Next I will need funds to do the library preparation of the samples, which will allow for multiplexing (sequencing multiple individuals in one lane of a flowcell through the use of unique barcodes). After the library prep the samples will be run on 2 lanes of a high-throughput sequencer, Illumina HiSeq 2500. I am not requesting funding for the bioinformatics part, as the assembly of the contigs will be done in my laboratory.

Daniella is a student in plant biology working on her Ph.D. at Cornell University. She is a passionate, competent and highly motivated scientist and I am certain that given the necessary funding she will achieve her objectives. I believe this is an exciting project that will enable new and interesting discoveries relating to an important medicinal plant. 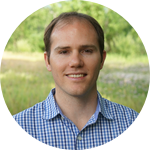 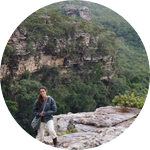 Hello! I'm Daniella Allevato and I am a 4th year Plant Biology PhD Candidate at Cornell University. I am a member of the Nixon Laboratory, where I study the chemical and genetic diversity of Pilocarpus.

Growing up in California, I spent lots of time outdoors and I saw first hand the result of many environmental issues. One of the more serious issues facing Californians is water scarcity. This really made me interested in learning more about plants and how they adapt to and survive in their surrounding environments. I am fascinated by the many ways that plants combat stresses, both living and non-living and hope to contribute to the understanding of plant adaptations.

This project's funding will help me to complete my dissertation and better understand the genetic diversity in multiple populations of Pilocarpus pennatifolius, by providing the necessary funding.

3 Lab Notes Posted
The Pilocarpus Project has been successfully funded!
Why Pilocarpus?
Great news on the Botany Challenge!

All plant tissue was collected with a valid collecting permit in Brazil and with collaborations with Brazilian researchers.