Certain preliminary targets of the project have already been reached during the initial seasons taking place 2016-2018.  Overall we have been able to expand the map of the urban layout by over 7 hectares and have recorded human activity across the landscape ancient to the modern day. We have confirmed the location of older excavations as well as challenged some existing interpretations such as the predicted urban orthogonal layout. Not only has this given us a more complete understanding of the city than ever before, it will allow us to establish a base line for monitoring the impact of modern construction.  Finally using geophysics machines, resistivity and GPR, we identified areas which are a) relatively undisturbed from modern construction and b) potentially rich areas for excavation. 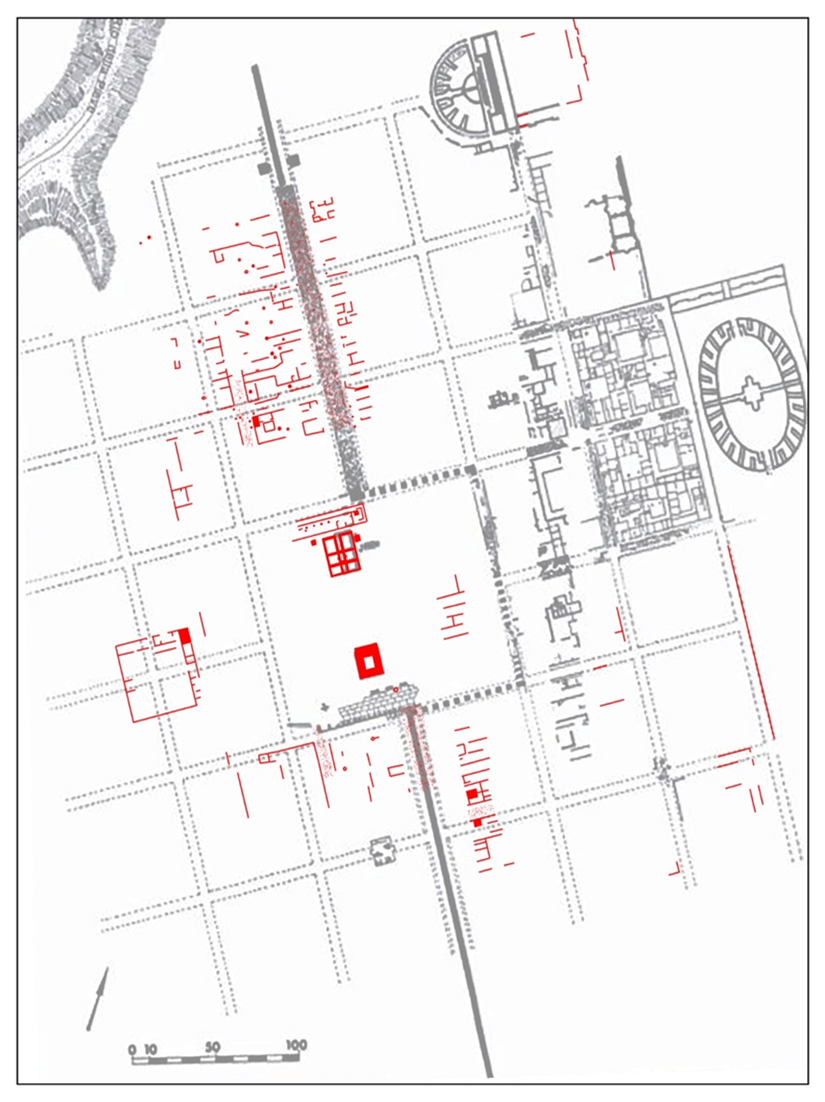 The red lines represent new archaeological discoveries by our team