Hi everyone!  It's been a long time, but a pandemic will do that to the best of plans and intentions. I wanted to just let you know that the the research you made possible on American woodcock habitat selection and consequences in post-industrial habitat is soooo close to being done.    In fact I am giving 2 talks in the near future to share what I've found. The first one is TONIGHT at 8pm  EST via zoom (that's the link) and a second on Tuesday March 1st here 8pm EST : https://us02web.zoom.us/j/3854822565  Much thanks and appreciation to Fyke Nature Preserve and Princeton Friends of Nursery Lands for the invitations to speak about woodcocks - and thanks to all of you for making this work possible!

I study American Woodcock breeding success in post-industrial habitat to see if human altered habitat can be beneficial for wildlife. To do this, I will be placing radio transmitters on woodcock to monitor them throughout the breeding season. This will allow me to determine their health, survival, and return rates. Studying woodcock can help us better understand other species (Ruffed Grouse, Golden-winged Warbler, etc) that are severely declining due to significant habitat loss.

I conducted a pilot study in 2016 across 30 non-industrial and post-industrial sites in northern New Jersey and it's clear that woodcock are making use of these former industrial sites. We now need to quantify this behavior in terms of what proportion of populations are using each habitat for courtship/breeding, and what impact this has on regional woodcock population trends. New Jersey is the most urbanized US state making it ideal for this research.

Post-industrial landscapes already replace much former forest and field habitat for North American wildlife, particularly in the east. The 450,000 post-industrial sites in the US include old rail yards, landfills, former industrial complexes and superfund sites.

We know when woodcock succeed so do New England Cottontail, Golden-winged Warblers, Ruffed Grouse, Hognose snakes and Brown Thrashers, among other species. When woodcock populations thrive, we have hope for the larger community.

While woodcock have been declining since the 1960s, this change in habitat selection is new. If we can identify species that thrive in modified habitats, we will have better insights for conservation management in highly urbanized regions that have few pristine areas.

In 2017-2018, we will study woodcock on 2-3 post-industrial and non-industrial sites. Data collected includes determining age and sex, a quick health assessment, and attaching the radio transmitter allowing continued monitoring through the season and into the following spring. Monitoring the radio frequencies will allow us to determine if males incur a cost for performing courtship displays in post-industrial habitat, survival rates of nestlings in post- and non-industrial sites, and if returning woodcock change habitat selection based on previous choices. Monitoring the population over multiple years will allow us to begin understanding population trends based on habitat selection.

With the exception of the male courtship display at sunset, woodcock are cryptic birds. The most effective way to find ground nesting woodcock is by using a dog. Hunters often use highly trained dogs to locate woodcock. The gratuity would go towards recognizing the training and the time committed by hunters (and their dogs!) interested in woodcock conservation.

In fragmented habitats, do male woodcock use only one courtship site or do they use multiple sites per day? Per season?

When do male and nestling woodcock leave for the fall migration from urban settings?

Additional funding is being sought to cover extra transmitters and the other materials needed to track birds.

Kathleen's passion for birds and they role they play in an environment are inspirational. I can't imagine another person to run this project, she is intellectually creative, hard working and loads of fun to be around. I expect great things from her and this project! 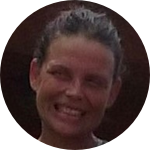 Daphne Soares
faculty
NJIT
In the US, post-industrial landscapes are found wherever people live in significant numbers. How they develop as nature takes hold again affects the environment around a large fraction of the population. Woodcock are normally an 'indicator' species, meaning that their presence is associated with other kinds of wildlife. Kathleen is asking if woodcock on post-industrial sites have normal behavior and ecology, in which case their presence suggests a thriving ecosystem. Her research will help us manage our urban and suburban 'human habitat.' 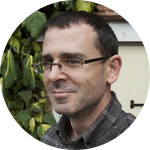 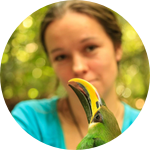 I'm a PhD Candidate at Rutgers-University in Newark, NJ. My interests are changing landscapes focusing on the long-term population changes in avian communities. I have worked with banding and mortality databases in urban regions and endemic cloud forest species in the tropics.

As an undergraduate at Rutgers, I took ornithology. From there, I did a season of avian field research in SE Arizona. The fieldwork centered on a habitat comparison study for band-tailed pigeon nest depredation rates.

Upon graduating with a B.S. in Ecology and Natural Resource Management, I became a science teacher in Newark, NJ. After a few years of focusing on teaching I went back to graduate school at Montclair State University where I took a graduate level ornithology class, renewing my interest. During my return to school I became involved in an American Kestrel nesting research program. 2016 marked my eighth season participating in the research.

In 2012, I left teaching to focus on my graduate studies. I defended and graduated with a Masters of Science in May 2013.

Starting in Fall 2014 I began a PhD program in Biology at Rutgers University. As a PhD student I am working with my adviser to establish an urban banding program to help us learn more about how birds move through highly populated areas during migration.

While at Rutgers-Newark, my research interests have lead me to analyzing long-term migration trends for passerines along the east coast as well as to Honduras with Operation Wallacea where I focused on detection techniques and their effectiveness to develop a model for rapidly assessing cloud forest avian communities (on going). I also work on a community ecology study looking at interactions between invasive plants and fruit-eating birds.

10 Lab Notes Posted
Fieldwork is afoot!
Today is a day to celebrate!
#SciComm through Art

So excited to be funded with 4 days to go! Anyone who is still interested in donating, never fear, there's still more to fund!

Additional funds will go towards covering:

Doubling the number of mist-nets for use in the field - This will double our chances of catching those sly woodcocks sneaking on and off their singing grounds!

A second set of banding pliers for faster processing of woodcocks after we capture them.

A Go-Pro Camera - sounds crazy, but with a device like this, we can more easily capture the thrill of being in the field when we share our findings. I've seen some great uses of go-pro in research that I'd love to replicate here.

Portable speakers - If the woodcock are shy, we can use speakers with callbacks to lure them closer.

Headlamps & Spotlights - we're hoping to increase our team size this year and safety is an important factor. While running in fields at night can be exhilarating, we want to make sure it's safe for all of us - people and birds. Having headlamps will ensure all our people come back in one piece and spot lights will allow better light for faster processing of birds.