The magnitude of the snow-sourced reactive nitrogen flux to the boundary layer in the Uintah Basin, Utah, USA

Regions of natural gas fracking in Utah, Wyoming and Colorado often experience high concentrations of ground-level ozone, which has severe impacts on respiratory health. But where does this ozone come from? Our project will try to answer this question in Utah's Uintah Basin. Understanding the causes of high ozone levels is essential for regulators to design effective strategies to improve local air quality.

Ground-level ozone forms during chemical reactions in the atmosphere between volatile organic compounds (VOCs) and nitrogen oxides, both of which are emitted from natural gas fracking. Ozone formation also requires sunlight; thus, sunny, high-populated areas such as Los Angeles are best known for having unhealthy levels of ozone. So it was a surprise when extremely high levels of ground-level ozone were measured during the winter in remote locations of Wyoming, Utah, and Colorado. Normally pristine areas such as Rocky Mountain National Park are now exceeding federal ozone standards. These areas all have something in common - they are high-density areas of natural gas fracking. However, high ozone amounts in the Uintah Basin occur only when snow is on the ground. Might snow act as a catalyst for nitrogen oxide formation? The recycling of nitrogen oxides in the snow may limit the effectiveness of controls on emissions from the fracking industry. Understanding the importance of snow on the recycling of pollutants is one process that is critical to understand in order to design effective policies to reduce air pollution levels in these locations.

Breathing ground-level ozone has a number of negative health impacts that mainly impact our respiratory (lung) function. The Clean Air Act requires the EPA to set limits on ozone and five other pollutants. The current limit for ozone is set to 75 parts-per-billion (ppbv); however, ozone concentrations in the Uintah Basin frequently exceed the EPA limit and can reach as high as twice this value. These high ozone concentrations are unhealthy for everyone, and are especially dangerous for sensitive people such as children and the elderly. Designing policies that will result in the reduction of ozone concentrations down to healthier levels requires an understanding of where the ingredients for ozone formation, VOCs and nitrogen oxides, are coming from. There has been considerable effort during field campaigns in previous winters to understand the ozone problem, and much has been learned. However, important uncertainties remain, most notably in the role of snow on the recycling of nitrogen oxides.

We will collect nitrate aerosol from the atmosphere and the snow from Jan. 13 – Feb. 7 in Utah's Uintah Basin and measure its isotopic composition in our lab at the UW. Nitrate is a major sink for nitrogen oxides, and its isotopic composition reflects that of nitrogen oxides. The main natural source of nitrogen oxides in the Uintah Basin is from chemical reactions within the snow. The snow measurements will be used to quantify the flux of nitrogen oxides from the snow, while the atmospheric measurements will be used to quantify the amount of nitrogen oxides originating from the snow compared to from fracking. This project will be part of a larger field campaign with scientists from the U.S. and Canada, and will make a significant contribution to our understanding of the ozone problem in the Uintah basin. The information obtained during this field campaign is critical for designing effective strategies to improve local air quality.

The funds will be used to pay for Maria's travel to
collect field samples. The remainder will be for supplies for sample collection and laboratory analysis. 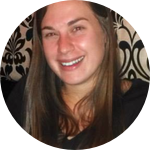 Becky Alexander is a professor at the University of Washington and an expert in atmospheric chemistry and air quality. Her research group develops and utilizes cutting edge techniques in isotope measurements to solve problems in atmospheric chemistry and chemistry-climate interactions. Learn more about Becky's research group here and her laboratory facilities here. Becky is originally from Colorado and earned her Ph.D. in Chemistry from the University of California, San Diego.

Maria Zatko is a Ph.D candidate in the Department of Atmospheric Sciences at the University of Washington. Maria will be collecting and analyzing the samples in this field campaign, and this project will be part of her Ph.D. dissertation. Maria is originally from Massachusetts and earned her B.S. in Meteorology from Penn State University.

We will update donors on the progress of the field campaign via our blog and twitter. We will publish our results in an open access journal and acknowledge all donors who wish to be acknowledged in the publication.

We need to know the relative importance of the role of natural versus human activities for the wintertime ozone problem in western mountain states in order to design effective strategies for cleaner air in these regions. Please help us collect this critical data!