During the Antarctic summer female Weddell seals congregate in colonies along the Antarctic coastline to give birth to a pup, nursing it from body reserves. Advancements in 3D photogrammetry have provided a unique opportunity to quantify costs of reproduction for these females. Using mass measurements derived from photographs we can assess how Weddell seal mothers energetic investment changes with age. This will improve our knowledge of an important life history strategy of the Weddell seal.

Female Weddell seals typically give birth to one pup during the Antarctic summer, nursing the pup for approximately 35 days. During lactation females are with their pup on the sea ice, relying on stored energy reserves. Mass measurements of mothers at the pups birth and weaning allow us to measure the energetic investment of females. Up until recently weighing female seals at weaning was logistically challenging and required the use of anesthesia, resulting in a lack of data. The available 3D photogrammetry technology has reliably been used to estimate the mass of southern elephant seals and is an ideal technique for our study. The use of this technique will allow us to describe the energetic costs involved in reproduction for a large, long-lived marine mammal, the Weddell seal.

Our work is part of a larger study that began in 1968 and is the longest running Antarctic seal populations study . Our research focuses on the population dynamics of the Erebus Bay population of Weddell seals located in McMurdo Sound, Antarctica but continues to grow and take on new exciting questions. This is a healthy seal population living in a relatively pristine marine environment. Understanding demographic rates and life-history strategies of a functioning population has many implications for management and marine mammal science. Obtaining baseline measures will increase our ability to identify and manage future threats to this and other populations.

Our goal is to describe the variation in energetic costs of reproduction for female Weddell seals. We aim to do this using 3D photogrammetry methods which we have field tested over the past three seasons. We have over 120 sets of photographs from our most recent field season that require time intensive processing to obtain mass estimates. Once we have mass estimates of mothers at birth and weaning of the pup, we will analyze differences in the energy invested among mothers during lactation. We aim to assess how this energetic investment varies across different age classes of female seals. We plan to have photos processed with initial results by summer 2016.

During our 2015 field season we collected a large number of photos used to estimate mass. Processing of photos using 3D photogrammetry can be time intensive, thus we require a research technician to assist in processing. We are hoping to hire an undergraduate student, exposing a young scientist to wildlife research. We will also need to purchase a computer that can handle the processing demands of the photogrammetry software.

Kaitlin Macdonald is a graduate student working with me and my co-investigators on the southern-most population of mammal on the planet – the Weddell seal. Kaitlin’s work will help us learn much more about how lactation strategies change for mothers as they age. She has done great work in Antarctica for 2 field seasons and is ready to process all the photogrammetric images she acquired using 3-D modeling software to estimate the changes in body mass for a sample of mothers of different ages at different stages of lactation. 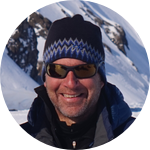 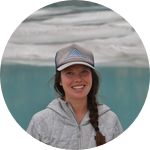 I am a graduate student at Montana State University pursuing a M.S. in Fish and Wildlife Management. I hold a B.S. in Economics and a B.A. in Environmental Studies. After my undergrad I discovered my love for wildlife biology while tracking bighorn sheep and mountain goats for a mountain ungulate study in and around Yellowstone National Park. I am honored to be part of such an incredible project and excited for the opportunity to ask new questions.

1 Lab Notes Posted
An Article from the Antarctic Sun