If an archaeologist could have one super power- it would be X-RAY vision. Archaeologists are always looking for non-destructive techniques to see what lies beneath the surface. This project will use the newest in UAV'S (Unmanned Aerial Vehicles) as well as Infrared (Thermal) and Near Infrared cameras to create high resolution maps of the Early Iron Age site of Zagora, Greece. The final product will hopefully be the creation of several high-resolution multispectral 3D models of the site.

Zagora sits in a unique crossroads in time between the collapse of the famous Bronze Age civilsations of the Myceneans and Minoans and the rise of the Greek City-States like Athens and Sparta. The site, founded in the 9th Century BC, survived until 700 BC when it was abandoned. Unlike many other sites of this period, Zagora was never violently destroyed or resettled, and the houses of the village were able to naturally decay. This provides us with a snapshot of daily life in the Greek world, something that is incredibly rare for this time period. To date, less than 10% of the site has been excavated.

The site has been excavated by the University of Sydney and Australian Archaeological Institute at Athens. Information about those projects can be found here.

Archaeological excavation is destructive. As such, archaeologists are often trying to develop new, non-destructive methodologies for the analysis of sub-surface archaeological remains. Thermal Imaging works by detecting subtle changes in the temperature of the ground caused by walls, graves and other man made features. Unlike other Geophysical techniques, this method is quick, cost-effective and easy to implement, especially at remote sites such as Zagora. Thermal Imagery utilising drones is a new and emerging discipline and has not yet been readily adopted by archaeologists. In previous studies, the technique has produced variable results and no defined methodology has yet been developed that will work on the majority of sites. It is hoped this project will remedy that.

Through the use of modern drone technology and multi-spectral cameras, the project will photograph the site using a variety of photographic techniques. The proposed program will see us spend 6 weeks at the site during May and June, 2017.

During this time, the entire site will be photographed as well as the surrounding landscape. Then in July and August, the photographs taken of the site will be turned into an incredibly detailed mosaic image, showing subtle heat signatures of undiscovered archaeological remains. It is hoped that it will reveal a variety of as-of-yet, unknown details about the site, such as the location of its water sources and the possible routes ancient Zagorites would have taken once leaving the confines of the city walls.

Money raised through Experiment will help in funding the purchasing of goods needed for the project. This project has already received a small amount of funding. That money will just cover travel and living expenses. The money raised from this Experiment project will go towards purchasing the Thermal Imaging Camera that is crucial to this project. Extra funds will purchase spare parts such as drone batteries and props as well as renting crucial equipment such as a Differential GPS. Finally, a generator will be hired as the site of Zagora is very remote and the nearest electricity is several miles away.

Any additional funds raised will go towards the purchasing of even more unique forms of technology, such as a Red Edge Near Infrared camera that assists in revealing damaged vegetation caused by subsurface archaeological remains.

Hugh’s project could have a significant impact on the digital recording methods used in archaeology. By demonstrating the effectiveness of this form of non-destructive archaeological inquiry, this new, low cost method could be utilised by future archaeological projects. 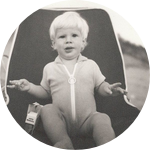 Jonathan Tomlinson
Assistant Director
The Canadian Institute in Greece
The site of Zagora offers a unique opportunity to learn about economy and society in 9th-8th c. BC Greece. Conventional excavation is not only slow and necessarily invasive; by its very nature it cannot access in a holistic manner the entire social environment. Hugh's innovative approach to archaeological investigation utilising infrared photography opens exciting new avenues for understanding the ancient settlement in its entirety. 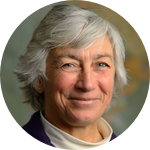 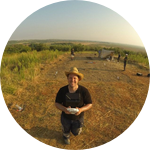 I specialise in digital humanities, specifically digital recording methods and their application in archaeological fieldwork. I currently run my own small business (www.heliosphotography.net) offering aerial photography and photogrammetry services, which I have applied to numerous archaeological projects in Australia and Greece, such as the Athenian Agora (The American School Of Classical Studies At Athens), the Zagora Archaeological Project (The University of Sydney) and the Ancient Methone Archaeological Project (UCLA).

I have always had two passions, archaeology and all things cameras/recording. So it made sense that I combine my two passions. I have been incredibly fortunate to have the ability to go an excavate a piece of history then photograph it from the air, or make a 3D model of it which I can share with the world.

7 Lab Notes Posted
It's getting hot in here...
All in a day's work
The Zagora Infrared Photogrammetry Project Begins

All fieldwork at Zagora is conducted with the permission of the Hellenic Ministry of Culture: a permit application for the 2017 fieldwork is currently under review. In case the permit application is not successful, several established archaeological projects have asked that I perform these experiments for their sites.