Can depression be contagious? The answer still isn’t clear. Our research seeks to discover whether depression is truly contagious and exactly how it can be ‘passed on’ from person to person. This is an important research question given 16% of the United States adult population will suffer from depression at some point in their lives.

The question of whether depression can be contagious has intrigued various psychologists before us. The idea almost seems intuitive. Although a large body of work supports the depression contagion hypothesis, the idea that depression can be ‘caught’ like the common cold, a small but significant amount of research has called this into question.

Researchers who were able to document a contagion effect were not able to understand exactly how the depression was transmitted from person to person. Additionally, virtually no research has been conducted that looks at what factors may exacerbate this phenomenon or what factors can prevent it.

Secondly, we are also examining previously overlooked variables that may play a pivotal role in the proposed contagion effect such as empathy, worrying, and optimism/pessimism. We also intend to utilize daily checklists. Each evening, participants check off whether certain events happened to them that day. This allows researchers to capture life as it lived. The use of daily checklists in a depression contagion study has never been attempted. We hope to document the contagion of depression as it occurs day by day.

Funding received from this campaign will exclusively go towards compensating participants in the form of a gift card to a local business in Champaign, IL.

Although a seemingly mundane part of research, compensating participants often proves to be a challenging obstacle for scientists. Participants deserve to be compensated for their time and effort while participating in psychological research. Thus, in addition to other costs, academic psychologists must find the money to reward their subjects’ voluntary participation. This project cannot move forward without the use of funds directed towards participant compensation.

We have found a local business that will supply gift cards to us at a discount. $1000 will cover the cost of purchasing enough gift cards to cover all of our target sample. 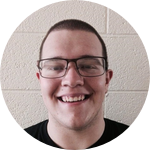 Originally born in São Paulo, Brazil, I am currently an
undergraduate psychology student at the University of Illinois at Urbana-Champaign. Psychology has gripped my fascination from a young age so you can only imagine my excitement at being presented the opportunity to contribute to such a wonderful field. I am fortunate and grateful to have Dr. Eva Telzer supervising my research. Aside from adding to the body of work in a relevant topic in contemporary psychology, this project serves to aid my professional development, a process that can never begin soon enough.

With admission rates to doctoral psychology programs becoming increasingly selective, it is important that I become a competitive applicant. Aside from earning stellar grades and test scores, this includes conducting research and publishing results. A donation to this project doesn't just help further our knowledge of depression, but it is also an investment in my professional development.

I study neurodeveopment and well-being in children and adolescents.