Local inhabitants of Mustang district of Nepal drink fresh raw blood from Yak (Bos grunniens) because they think the blood has healing properties in addition to providing strength to the human body. Beyond the "blood drinking" practices in the high hills of Nepal, there lies an unknown health hazard. The hypothesis of this project: The blood of yak in Himalayas of Nepal contain microbes which can potentially harm the drinkers of yak's raw blood.

Yaks are the most vulnerable group of mammals on the earth. The population is found in the himalayas of southern Central Asia, Tibetan Plateau, Mongolia and Russia. Yaks live at an altitude above 9,000 ft to 20,000 ft with people who have domesticated them for meat and milk. For many years, the Nepalese raising yaks in the highlands of Nepal have been practicing blood drinking annually for more than 50 years. They drink fresh raw blood from yak, as they think it has numerous health benefits (anecdotal). There has been some evidence of a bacterial disease called Brucellosis (caused by Brucella spp) and Q fever (caused by Coxiella burnetii) in livestock raised in the region and bordering areas of China. The intent of the project is to test for these bacteria in yaks from himalayas of Nepal.

Approximately 70% of the diseases currently seen in human are from animal origin. The practices that are closing the gap between human and animal, and inviting microbes to human include eating/drinking unconventional animal products in addition to others. The annual blood drinking event, however, has long been practiced by thousands in highlands of Nepal, as they think it helps them to become healthier. But there is no evidence to support the beneficial effect. Personal communication with a medical officer of Mustang suggested few people are getting unknown sickness. Drinking raw blood from yak may be bringing blood microbes into the practicing population, and it could be one of the reason. The findings will help people of Nepal to understand the potential health issues by such practice.

Our goal for this project is to sample 80 yaks in 15 days. Each yak will be checked for scars and signs of previous bleeding by an experienced veterinarian. This will help track whether or not someone has harvested blood from the yak. A consent will be obtained from the yak owners before taking sample. In the central veterinary laboratory of government of Nepal, we will test the blood sample from yaks for the presence/exposure of pathogens including Brucella spp and Coxiella burnetii, which are public health important pathogen. Yak data including locations, age, sex, reproductive status, use of animals, and any previous health issues will be recorded. A major and possible limitation would be geographical remoteness during locating and sampling the yaks.

$ 500 This will be used for the travel expenses of a local team consisting of a veterinarian and a veterinary student to travel from Kathmandu to Mustang.

$2000 This will be used towards testing 80 serum samples for Brucella spp and Coxiella burnetti.

It is very hard to get money from traditional funding sources for projects like this which are very short term, and very specific. We need financial support for traveling to the mountains, and buying the materials needed to test for the microbes. And, we need money now, as the people are gearing up for bleeding the yaks to drink their blood. The yak blood may contain potentially harmful pathogens that could cause diseases in the local people. Scientists and the Nepal government currently know nothing about the pathogens present in the yak blood in the Himalayas of Nepal. With this project and the data, we will be able to inform people and the government of Nepal.

This project seems very exciting as this is going to address not only a serious public health concern of a society but will also deal with cultural and traditional issue of a unique society. The research team comprises of people familiar with local communities and having sound knowledge and skills in the proposed field of the study, thus are the best persons to answer those questions. I strongly endorse this project. 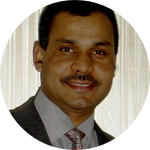 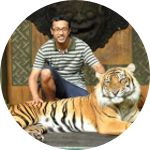 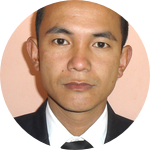 Ajit Karna, PhD is a Nepali postdoctoral research scientist at New Mexico State University and knows the cultural, language and geographical diversity of Nepal. He is a veterinarian, public health and a microbiologist, and has interest in emerging diseases.

Ajit focuses on zoonotic diseases and cross-species transmission of pathogens. He is interested in using epidemiological, microbiological and ecological tools to improve the understanding of transmission, prevention and control of diseases in humans, livestock, and wildlife.

News covering the practices and photo adapted from: