Study abroad is considered a crucial step for second language learners. But what effect does the location abroad have on the linguistic outcomes of the learners? This research takes an in-depth look at how students studying abroad in Spain and the Dominican Republic develop sociolinguistic abilities that are not taught in traditional language textbooks.

This project is primarily guided by the following question: What linguistic and
contextual factors influence the second language development of sociolinguistic competence by students studying abroad in Spain and the Dominican Republic?

Studying abroad can potentially mediate these difficulties by providing the learner with ample opportunities for exposure to a variety of contexts involving the native language and culture. However, much of the study abroad research does not take into account sociolinguistic factors or uses holistic oral proficiency measures which do not specifically measure sociolinguistic competence.

The current study will improve our understanding of the second language development of sociolinguistic competence during study abroad by examining the development of the variable use of specific linguistic forms in Spanish which have been shown to vary across and within dialects of Spanish. The findings of the study will provide important insights for language educators, program directors and language students with regard to the specific language skills that are developed during study abroad as well as uncover the particular factors that influence the second language development of sociolinguistic competence.

The participants will be recruited during the Spring 2014 semester from study abroad programs in two Spanish-speaking countries: 25 students studying in Spain and 25 students studying in the Dominican Republic. Ten native speakers will also be recruited from each region. The participants will complete four research tasks at the beginning and end of their study abroad program: 1) a recorded oral interview in Spanish 2) a written dialect task 3) a short grammar test and 4) a background questionnaire.

The participants’ use of the dialect-specific grammatical forms will be examined based on characteristics of the linguistic context, the individual learners (e.g., second-language proficiency, gender, cultural sensitivity, contact with Spanish, etc.) and the study abroad programs (e.g., location, residency, extracurricular activities, class enrollment, etc.).

The funding will be used for travel costs related to the data collection. This includes air travel to Spain and the Dominican Republic, travel within these countries, and food and shelter while staying in the countries. This will cost between $1900-$2100 dollars to complete, but I am only looking to supplement the expenses related to the research. I have coordinated with the study abroad program directors regarding travel timing, residence abroad and data collection.

I am pleased to show my support for this project!

Naomi Shin
Asst. Professor, University of New Mexico
This project is of great interest to researchers studying language acquisition and will benefit students who are learning a second language at home or abroad! 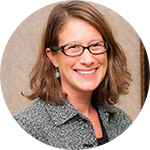 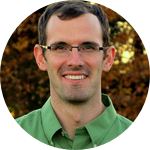 Bret Linford is a Ph.D. candidate in Hispanic Linguistics at Indiana University. His main research interest is the second language acquisition of sociolinguistic competence in Spanish with specific interest in the effects of context of learning and individual learner differences. His most recent publications and conference presentations include research on the second language acquisition of subject pronouns in Spanish based on linguistic factors, lexical frequency and learner motivation.

If you have any questions, don't hesitate to send me an e-mail: blinford@indiana.edu

I am a PhD candidate in Hispanic Linguistics at Indiana
University. More importantly, I am a happily married father of four wonderful children. In my free time, I enjoy playing racquet sports, hiking, camping and spending time with my family.