Flying at incredible speeds, often upside down and backwards, hummingbirds truly have superpowers! These aerial acrobatics help them defend flowers and avoid attacks! We want to uncover the dark side of the tiniest birds by examining their adaptations for fighting. In many hummingbird species, males have teeth-like spines and daggers on their bill tips and can inflict serious damage! However, based on our studies, these weapons should make it harder for males to drink nectar. How do they do it?

If you have spent any time watching hummingbirds at a feeder, it quickly becomes obvious that they are not delicate little fairies, but intense cut-throat fighters! They are literally less like Tinkerbell, and more like Zorro!

All hummingbirds are aggressive, but we have found that in some species, the males have modified their bill tips to become impressive weapons. We want to understand why these weapons occur only in males, and only in some species.

In our previous work on how hummingbirds drink nectar, we have examined the morphology of tongues and beaks, and found that the close interaction between the bill tips and tongue allows hummingbirds to extract nectar at impressive speeds. Therefore we expect these weapons to make feeding on nectar more challenging and less efficient in males.

The elegant fit between a hummingbird's bill and the flowers they pollinate has long been an example of co-evolution. When males and females have distinct bill shapes, these differences have traditionally been ascribed to differences in floral foraging between the sexes (termed ‘ecological causation’).

But in contrast, we have shown that when males have different bills than females, it is the result of the struggle for territorial dominance through male-male combat, rather than the result of feeding on different flowers.

Bill modifications should lower feeding efficiency, and seem to contradict the selective pressures towards feeding on nectar. By examining the nectar extraction efficiency of males with weapons, we can tease apart the roles of natural and sexual selection in hummingbirds.

We aim to examine the costs and benefits of bill weapons in male hummingbirds. We have developed customized ‘high-speed camera traps’ that allow us to efficiently collect data of birds drinking nectar in the wild. We have trained wild hummingbirds to feed on modified feeders in front of high-speed cameras, allowing us to quantify the exact amount of nectar extracted per lick.

By studying habituated populations of Sparkling Violetear Hummingbirds (Colibri coruscans) in Colombia, we can track individuals in different territories and film these same individuals as they feed on nectar in our modified feeders. This will allow us to compare the feeding efficiency of territorial males, juvenile males and females, and statistically relate these differences to the bill shape details of each group.

We already have the filming equipment, but need help traveling to and from the field sites, paying room and board for ourselves and our 2 assistants for 2 weeks ($35/person/day), and some supplies for the macro filming setup. We will be working at hummingbird gardens with habituated wild birds in Colombia. In order to collect enough data we need to film multiple birds in their feeding territories, and we will recruit field assistants to operate the cameras and monitor each bird's behavior.

We have no external funding for this project. We have calculated the minimum amount of time required but any extra funding we can raise here will help us spend longer in the field, so that we can obtain more robust data. Our results will be stronger with every bird we are able to film and measure feeding efficiency.

We appreciate your help! Your funding will help us uncover the aggressive nature of these tiny marvels and continue to educate the public about how impressive they really are. Thank you!

I am delighted to strongly endorse this project. This research team has previously made fascinating discoveries of novel aspects of hummingbird feeding and fighting behavior, and here they elegantly take that work to the next level by elucidating trade-offs in bill form and function. Identifying such trade-offs is critical for understanding the adaptive process, and this project will provide key insights into how organisms reconcile conflicting selective pressures. 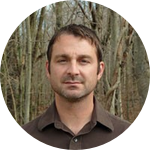 Diego Sustaita
Postdoctoral Research and Teaching Associate, Brown University
Drs. Hurme and Rico are a power team, and their expertise in hummingbird feeding mechanics, behavior, and videography make this an exciting and achievable project. Research by this team has lead to critical reinterpretations of hummingbird feeding mechanisms and the evolution of bill sexual dimorphism. This project is needed to understand the functional costs of bill weaponry, which will help to illuminate the dynamics of sexual and natural selection in the evolution of these amazing traits. 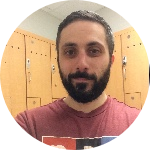 Jon Velotta
Postdoctoral Researcher, University of Montana
Hummingbirds, despite their charm, are actually quite vicious beasts. High speed videos collected by Drs. Hurme and Rico have shown that they the use their bills to "fence", stabbing each other with their bills. With your support, this research project will enable them to greatly increase our knowledge of how hummingbirds use their bills as weapons. 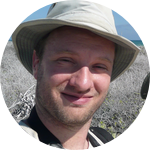 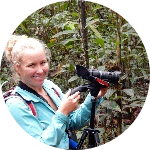 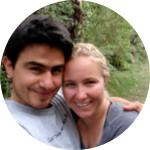 Wife and husband team Kristiina and Alejandro have joined their expertise to tackle the study of fighting and feeding in hummingbirds. Alejandro is an expert in studying how hummingbirds feed with impressive high speed and macro photography. His study of bill morphology has revealed unknown weapons in many species. Kristiina studies animal behavior and has been able to train wild hummingbirds to voluntarily feed in front of big scary cameras.

She also learned how to train sea lions and monkeys with positive reinforcement methods in zoos, and has succeeded in training wild hummingbirds!

Alejandro is a functional morphologist who tries to match form and function. For his PhD he described how hummingbirds drink nectar and examined the morphology of hummingbird bills.

He has studied animals big and small, from sperm whales to spiders to hummingbirds. But animal weapons are his favorite.

7 Lab Notes Posted
Training: who can outsmart who? 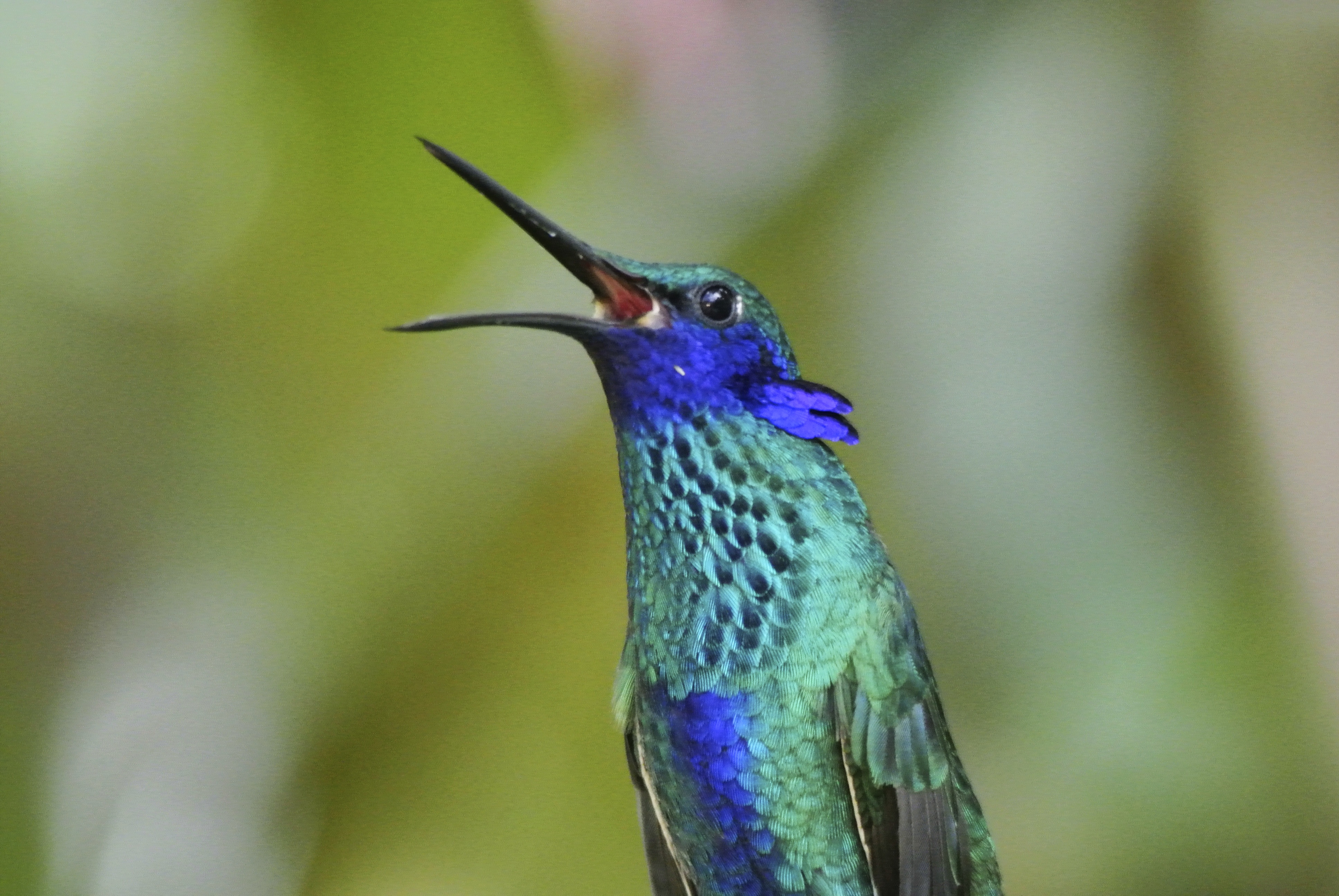 A male Sparkling Violetear hummingbird (Colibri coruscans) singing to defend his territory. When feeling aggressive (which is always), he can flare out his "ear" feathers to be even more threatening. 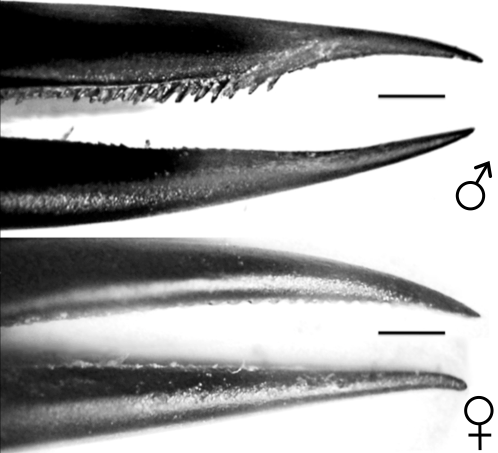 When examining Sparkling Violetear bills in museum specimens, we find that female bill tips (below) are flexible, and form a tight fit around the tongue when the bill is closed. In contrast, male bill tips (above) are modified into stiff and sharp daggers, and have backwards facing serrations. These are effective at stabbing opponents, but how do they work when drinking nectar?