One of the major hurdles for creating sustainable life for Mars is the development of radiation hardy plants. Fungi have pigment eumelanin to block ionizing radiation (IR). Melanin protects DNA, proteins, & metabolites from direct IR and from the indirect oxidative damage it causes. This project asks if it is possible to create ionizing radiation-resistant plants using the same pigment from fungi.

It has nothing to do with SPACE. Thank you creative licence team of experiment dot com.

Synthetic astrobiology tries to create living organisms and byproducts to make living in space worth the journey. A major problem in extraterrestrial (ET) environments for such discipline is ionizing radiation. Creation of radiation hardy plants is a step towards fighting that problem.

Well-characterized radiation-resistant fungi utilize melanin to thrive in high-radiation landscapes. The project mission is to translate this ability of fungi into plants, so plants can similarly grow in high-radiation environments. This project is a testbed for ET dwellings life starting with radiation resistance and potentially more.

A reliable software found glitches in ways plants would read the fungal genes. This gene and a few others must be synthesized to prevent them being misread in plant machinery.

In ET environments, radioresistant plant byproducts could be used as simply as screen against cosmic radiation in roofing, walls, & space suit insulation. The first iteration will be proof-of-principle. The pigment is known for its exotic properties and could have further use, i.e: generating heat or electron transfer upon excitation.

On Earth, radioresistant plants are bound to be a better radioisotope sink, making it a useful tool for phytoremediation of soil and groundwater in contaminated areas. For example the nuclear disasters or increasing practice of hydraulic fracturing releases radioisotopes, hundreds of times that of the norm emphasizing the importance of a tool to clean these environments. Such plants could then be pulled for processing upon maturation.

The current goal is first to create a eumelanin-producing plant. Addition of other extremophile genes and regulatory elements for those genes will be synthesized in one go. Eumelanin enzyme is the primary trait that will be introduced at end of this campaign.

If all goes according to plan, the project will answer if a plant can produce eumelanin and not suffer the consequences of having the enzyme that produces it.

If the plant is stable the project can then be expanded to measure response of different radiation doses.

If the answer is no the project can take an avenue of radiation repair rather than shielding, using mechanisms found in D. radiodurans and other well characterized radiation tolerant organisms. 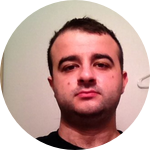 The idea has been seeded and growing in my mind thanks to Summer-SynBio 2013 in Genspace. As a team we tried making a constitutively (always on) expressing thermogenic (heat producing) protein but the idea that stayed on a back-burner, among other features, was radiation shielding.

While facing setbacks in executing, there was plenty of time to do extensive literature research on the enzymes, cell localization signal, pathways, its metabolites, and its alternatives. We had a lot covered and learned in terms of theory and some practice.

Since then the team disbanded. I read a ton of research papers on the subject on my own. I realize that I am too invested in this to just let it go.

You are welcome to poke holes in the theory behind the planned research. Don't assume. Ask away.

Never mind the title of this project. It was elaborated upon by this site's support team without my knowledge or say so. I get to look like an idiot while somebody's artistic licence goes unedited.

4 Lab Notes Posted
List of genes that will be needed (in the long run)
Compensating for the lack of detail (SandBox)
It's the little things that make the greatest difference.

Upon radiation exposure the plants are expected to go very dark just like anthocyanin rich plants but with melanin.

some more info from before note sharing began

(post campaign end) as insane as this idea may be to some it is expected to work. I am not looking for funding on this project anymore. I would be glad to collaborate with anyone who is willing to take it off my hands.